Mahabharatam will be my last film: Dasari 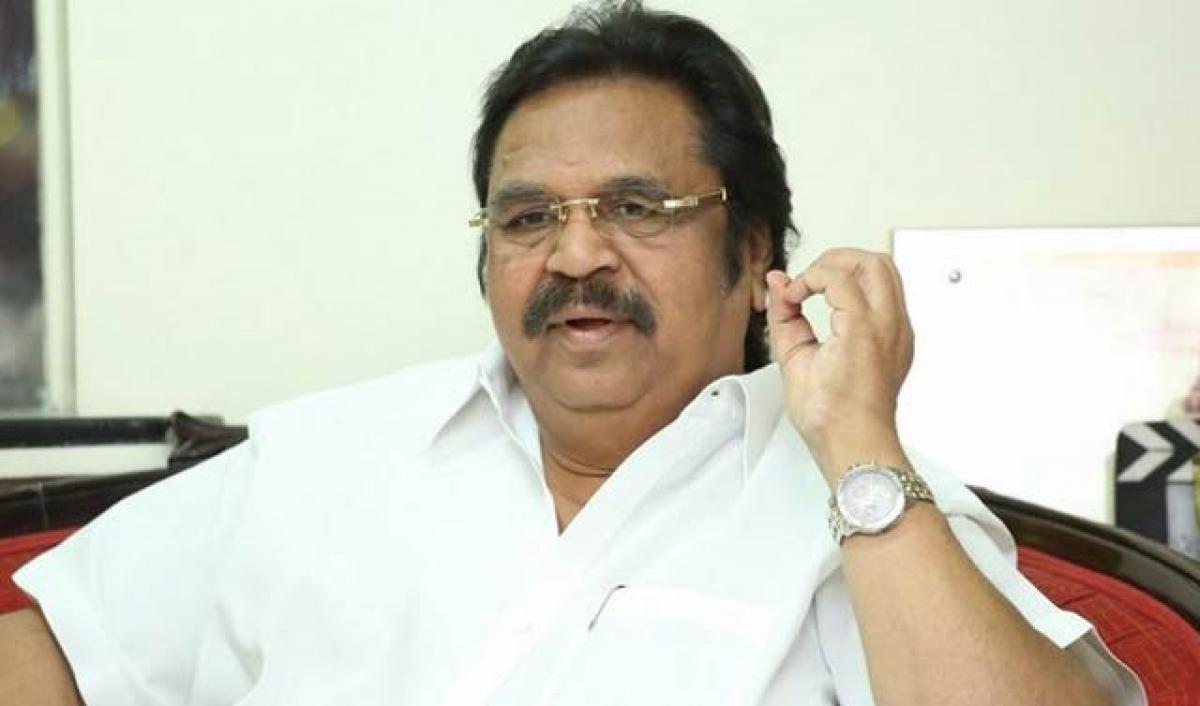 Veteran Telugu director Dasari Narayana Rao once again emphasised his desire to make a film on the great Indian epic, Mahabharatam and wanted to make it in parts.

Veteran Telugu director Dasari Narayana Rao once again emphasised his desire to make a film on the great Indian epic, Mahabharatam and wanted to make it in parts. With the actor-filmmaker turning a year older this Wednesday, he addressed a press gathering on Monday to share his action plan.

Commenting about Pawan Kalyan calling it quits in films soon, Dasari said, “Pawan discussed the same with me some time back. Maybe it’s his personal decision as he’s finding it tough to balance films and politics. But, I can tell you that Pawan is a committed and dedicated man. He’s very emotional and knows when to react to certain things. But my film with Pawan is still on and the script work is in progress.”

Regarding wielding the megaphone for his own film, Dasari revealed, “I want to recreate the Mahabharatam in its entirety on celluloid. It would be my last film. I want to make it in five parts and the script for two parts is over. The film might feature some new faces as well.”

Referring to film development in Andhra Pradesh, he said, “It’s good if trade flourishes in AP too. It would be appreciable if the Govt. of AP can build the required infrastructure and studios for the development of the industry; it need not shift from Hyderabad.”

To a question on distributing the impending Nandi awards, the filmmaker replied, “We believed that both the Govts (AP and Telangana) would jointly give away the Nandi awards. We already approached Telangana Govt. in this regard and got their acceptance. We shall now take the proposal to the AP Govt.”

On his recent meeting with YS Jagan, the director clarified, “Former AP CM YSR and I share great camaraderie. In fact, I inaugurated his film theatres in Vijayawada back then. So, YS Jagan met me and sought my blessing and our rendezvous has no political agenda. He hasn’t invited me to join his party. Moreover, I have no intention of coming back to politics as it’s present state is very bad.”