Love, hatred, murders, blood, music and flashy colours recall Bollywood-'s aesthetics, except perhaps when it comes to the production capacities....

Bangladeshi photographer Sarker Protick’s series “Love Me or Kill Me” was sort of an accident. While ambling through the capital city Dhaka, taking photographs for other projects, Protick decided to pay a visit to a film set. While there, Protick became “captivated by the colors, the light and the atmosphere” that went into the process of making movies that turned out to be maybe a bit larger than life, a bit over-the-top. Bangladesh’s film industry, based in Dhaka, is known as “Dhallywood,” a combination of Dhaka and Hollywood (and more than a little nod to India’s “Bollywood” which has been influential in Bangladesh). The industry has been around since the 1950s, producing more than 100 movies a year, mostly with a similar formula, according to Protick. “The stories do not change much: boy meets girl, falls in love, bad guy takes girl away, and hero fights to get her back. There is always similar climax and a happy ending. People love it,” he said. 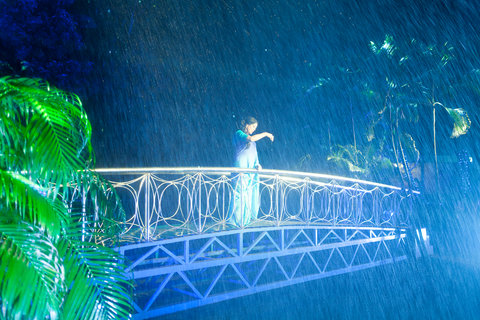 Protick’s pictures take us on a kaleidoscopic, sometimes surreal, ride into a world that he was captivated with as a child. And although the intrigue of Dhallywood started to fade as he got older, Protick reconnected with it when photographing this project, entering a world that seems to have little contact with “real life” but which, in the end, is “full of life,” he said.