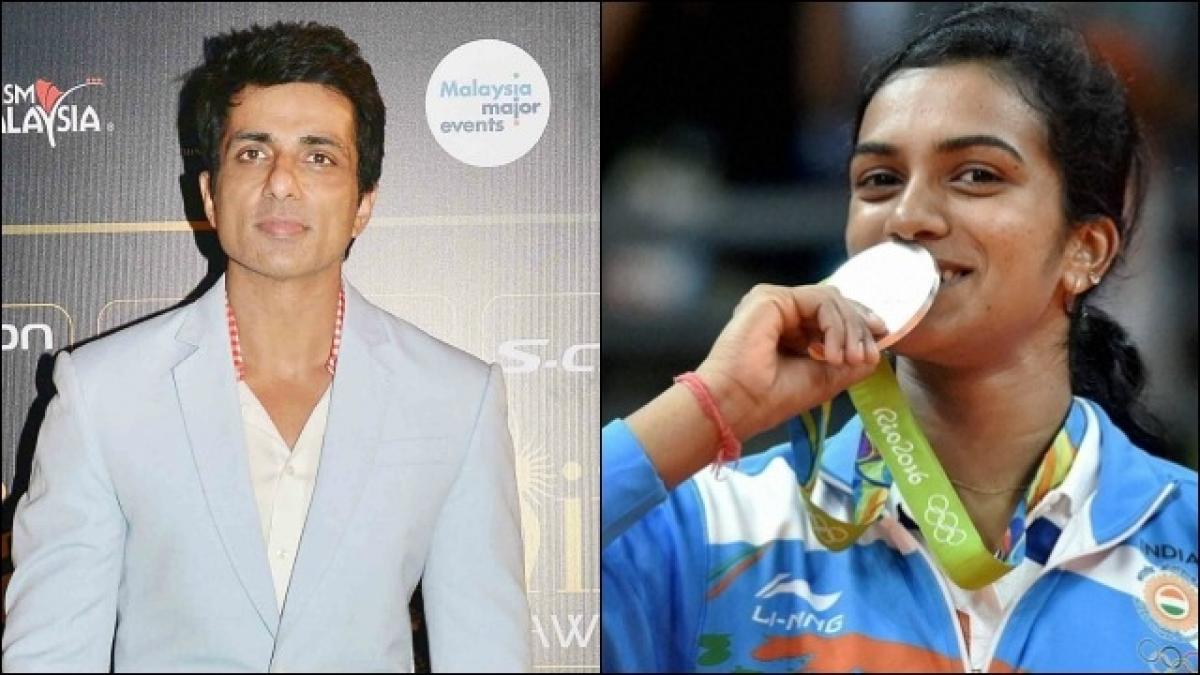 Ace shuttler Pusarla Venkata Sindhu, who became the first Indian woman to win a silver medal at the Olympics last year, is the next sports personality whose story is heading to the big screen.

Mumbai: Ace shuttler Pusarla Venkata Sindhu, who became the first Indian woman to win a silver medal at the Olympics last year, is the next sports personality whose story is heading to the big screen.

Actor-producer Sonu Sood is set to paint Sindhu’s life and victory on the silver screen.

“It feels great to make a biopic on PV Sindhu . It’s a story of a girl who have inspired millions of Indians and given a message that everyone can dream big and not only dream but achieve it too by doing hard work.

“It’s a journey that everyone has to know and be inspired,” Sonu said in a statement here.

Born in Hyderabad, Sindhu started playing badminton from the age of eight after she drew inspiration from Pullela Gopichand’s victory in All England Open Badminton Championship in 2001.

“I am very honoured and pleased to know that Sonu Sood has decided to make a biopic on my journey. I’m very impressed with the thorough research that the team has done on my biopic for the last eight months.

“They have written a script which I am sure will inspire millions of Indians and our youngsters to dare to dream and achieve glory for the country in spite of all the hardships and hurdles that we all face in our journey,” Sindhu, 21, said.