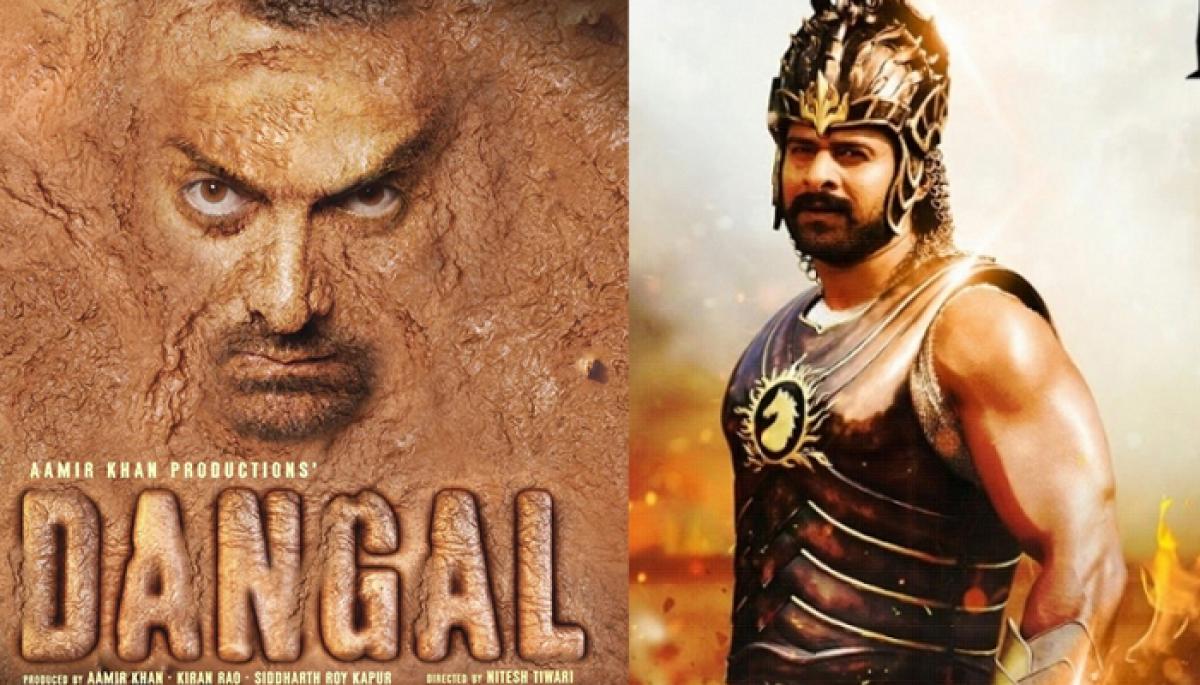 Prabhas' Baahubali-The Conclusion has started comparing the movie with Bollywood film Aamir Khan's Dangal ever since it has been released in theaters. As we all know, Baahubali 2 has surpassed the record of Aamir Khan's Dangal and stood as All Time Block Buster Film in India.

However, Aamir Khan's Dangal re-release in China and the movie is receiving a stupendous response from the audience, suddenly become a new challenge to Baahubali 2: The Conclusion at the box office. Up Until Tuesday, the Dangal movie has collected Rs.121.73 crore at the global box office. This makes the global box-office collection of the Aamir Khan-starrer Rs 867 crore. Soon the movie is going to enter into Rs.900 Crore worldwide.

Have a look at the tweets made by Trade Analyst:

With the excellent showing in #China, @aamir_khan 's #Dangal WW Gross moves up to ₹ 866 Crs.. Should enter the 900 Cr Club in couple of days

Baahubali-The Conclusion directed by Rajamouli,features Anushka, Tamannaah and Rana in the lead roles. Baahubali 2 has made up with the budget of Rs.250 Crore it earned triple amount after the release. Now, Dangal movie with China release started threatening to break Rajamouli's records.