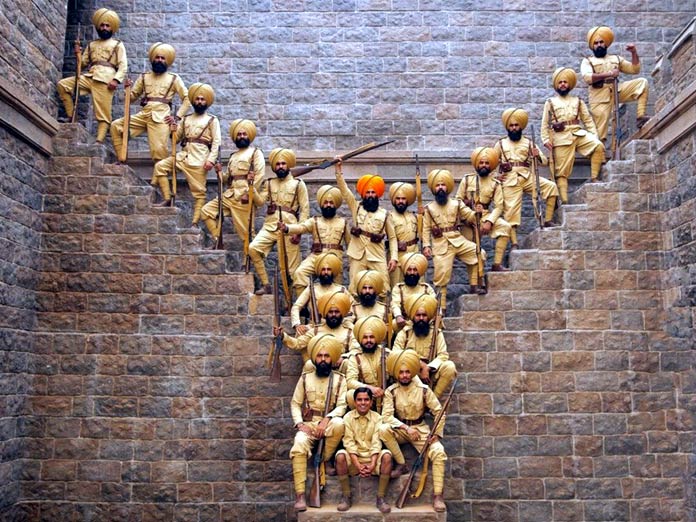 Actor Akshay Kumar celebrates 70th Republic Day Of India by unveiling a powerful poster from his forthcoming period drama Kesari, based on 21 Sikhs fought against 10000 invaders

Actor Akshay Kumar celebrates 70th Republic Day Of India by unveiling a powerful poster from his forthcoming period drama Kesari, based on 21 Sikhs fought against 10000 invaders.

Superstar Akshay Kumar took to his social media handle and dropped the new poster. He captioned it, “Happy Republic Day. It’s our #70thRepublicDay but our men have been fighting for the country since time unknown. 122 years ago, 21 Sikhs fought against 10000 invaders. #KESARI is their story, in cinemas on March 21”

The film Kesari is an upcoming period war drama film. It stars Akshay Kumar and Parineeti Chopra in the lead roles and directed by Anurag Singh.

It tells the story of Havildar Ishar Singh who participates in the Battle of Saragarhi (in which an army of 21 Sikhs fought against 10,000 Afghans in 1897) while yearning for the respect of his estranged daughter.

Interestingly superstar Ajay Devgn and Rajkumar Santoshi are also rumoured to have been working on a film based on the Battle of Saragarhi. Actor Randeep Hooda is also attached to feature in a historical drama on the same subject.