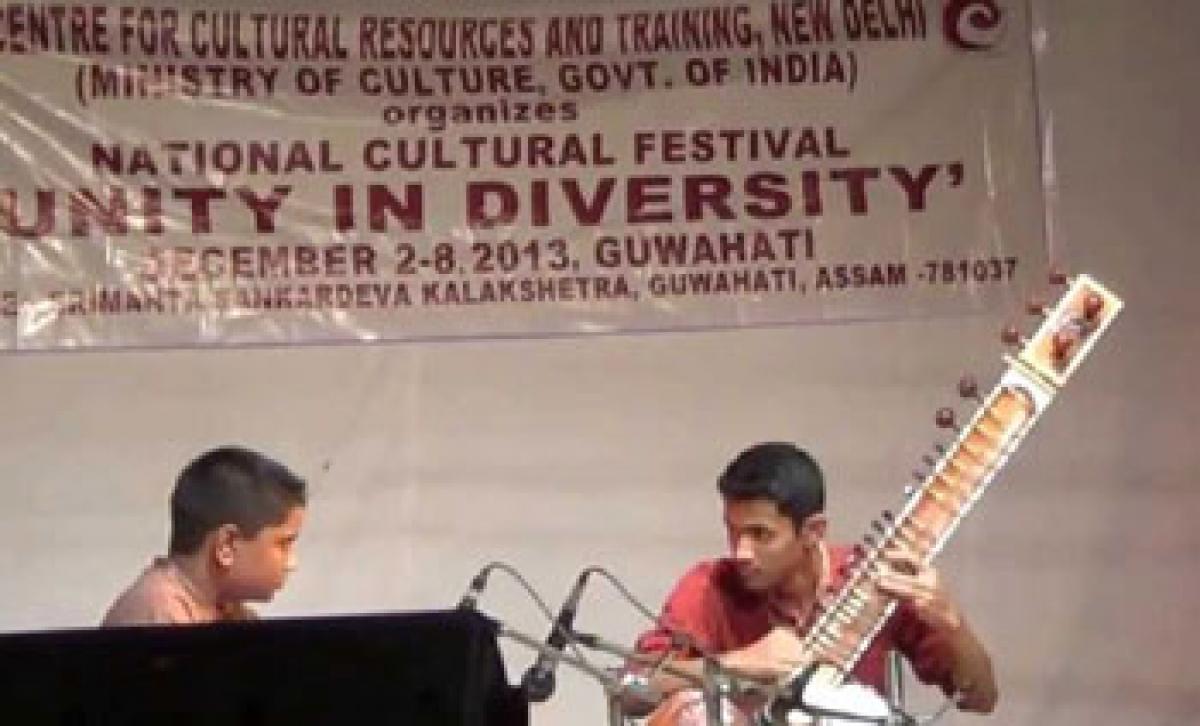 Suhit Rakshit, Class X student of Delhi Public School, Hyderabad started his music lessons in Western Classical Piano in 2003 in Japan. At the age of... Suhit Rakshit, Class X student of Delhi Public School, Hyderabad started his music lessons in Western Classical Piano in 2003 in Japan. At the age of five he was introduced to Hindustani classical music in Sitar under the guidance of Late Ms. Sarada Mookherjee of Bishnupur gharana in Delhi. Since 2009, he is learning sitar under the tutelage of Ustad Bashir Ahmed Khan of Etawah gharana in Hyderabad.

Suhit is recipient of Cultural Talent Search Scholarship from the CCRT, Ministry of Culture, Government of India from 2010. He has given his sitar performances in All India Radio (Kolkata and Hyderabad) and Doordarshan, besides giving stage performances in Delhi, Hyderabad, Bangalore, Guwahati and Jalandhar.

His performance has been covered widely by print and electronic media both at state and national level. Besides sitar, Suhit has an exceptional proficiency in harmonica as well. He is also a good sportsman representing his school in football and athletics in inter-school and state level. He is equally good in academics.

Suhit keeps a keen interest in welfare and protection of wild animals. He has a very good hand in photography and paintings as well. He is compassionate towards disabled persons and has extended his service as scribe for slow learners at Kshetram, Hyderabad.

Suhit has served his school as Cultural Prefect in 2011. Currently he is holding the post of House Prefect in his school.

Suhit hails from the famous cultural hub of India, Santiniketan, where his grandparents were employed in the University of Gurudev Rabindranath Tagore. His father works as Principal Scientist under Agricultural Research Service of Indian Council of Agricultural Research.