Exercise with artificial gravity can save astronauts 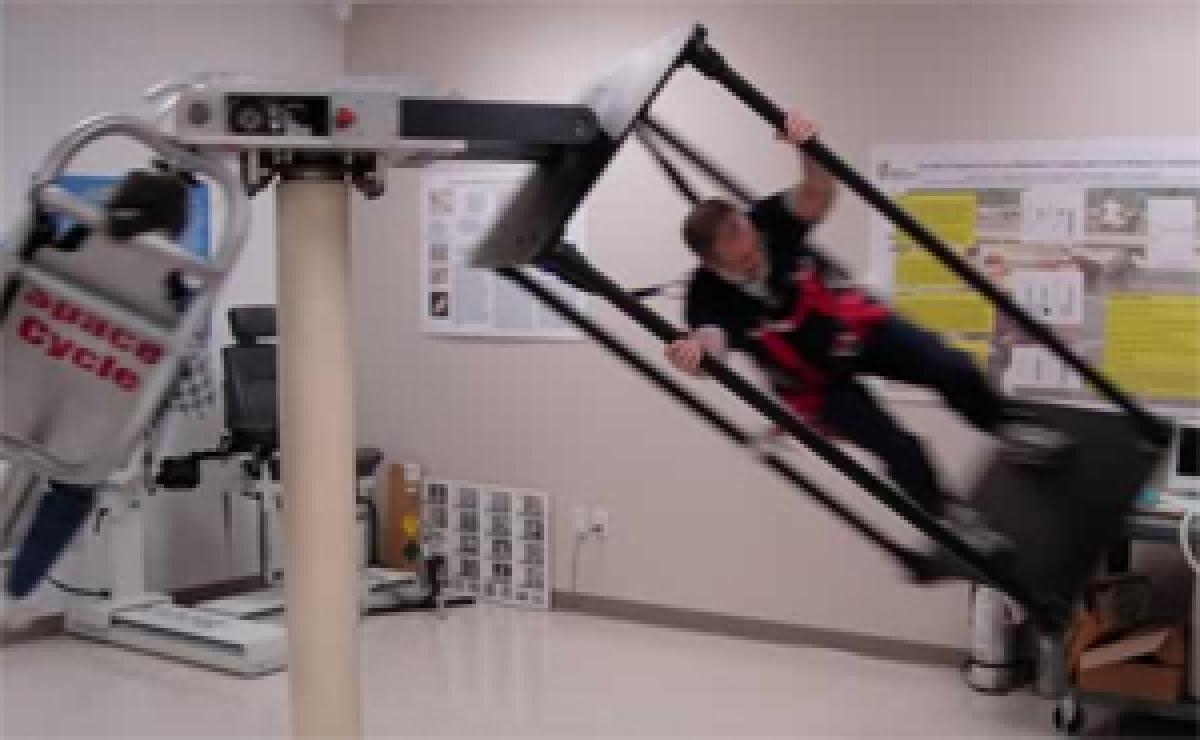 Exercise With Artificial Gravity Can Save Astronauts. A combination of exercise and artificial gravity may significantly lessen the negative effects of weightlessness in space, a research says. Washington: A combination of exercise and artificial gravity may significantly lessen the negative effects of weightlessness in space, a research says.

Astronauts on the International Space Station (ISS) have a number of exercise options.

They spend a significant portion of each day working out to ward off the long-term effects of weightlessness but many still suffer bone loss, muscle atrophy and issues with balance and their cardiovascular systems.

Engineers at Massachusetts Institute of Technology (MIT) have built a compact human centrifuge with an exercise component: a cycle ergometer that a person can pedal as the centrifuge spins.

An astronaut, riding in a centrifuge, would presumably feel gravity's reinforcing effects.

The centrifuge at MIT has been sized to just fit inside a module of the ISS. It also has sensors to measure cardiovascular variables such as blood pressure, heart rate, respiration rate, muscle activity and foot forces.

"With exploration-class missions like Mars, you could run the risk of having astronauts not sufficiently conditioned to perform effectively, and also to not be in good health when they finally get to the surface of Mars," said Laurence Young from MIT's department of aeronautics and astronautics.

"A human centrifuge aboard a Mars-bound spacecraft would help keep an astronaut in shape over the months it would take to get to the Red Planet."

For the study, participants were asked to pedal for 15 minutes at three levels of resistance set by the cycle ergometer.

The remaining 10 minutes involved spinning up and slowing down the centrifuge.

As the centrifuge's spin was increased, raising its artificial gravity, participants used correspondingly more force to pedal -- an encouraging result.

"If we use artificial gravity, we are able to get higher foot forces that are good for bones and help you generate more bones."

Artificial gravity would be a huge benefit for astronauts, particularly those embarking on long-duration space missions.

The results were published in the journal Acta Astronautica.