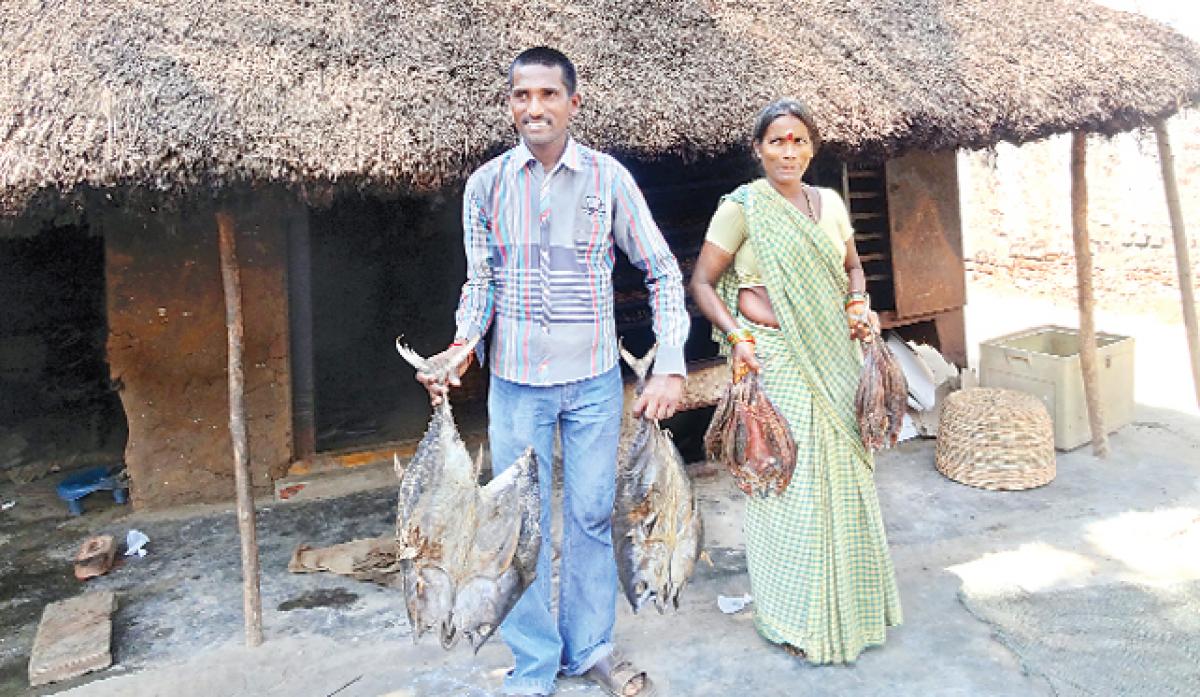 Save The Mangroves. Mangroves are one of the most productive ecosystems on earth, deriving nourishment from terrestrial and tidal waters. Mangroves serve as important feeding, nursery and breeding grounds for a variety of commercially important organisms and also serve as protected areas for endangered species.

Mangroves are one of the most productive ecosystems on earth, deriving nourishment from terrestrial and tidal waters. Mangroves serve as important feeding, nursery and breeding grounds for a variety of commercially important organisms and also serve as protected areas for endangered species. They act as a barrier against cyclones, thus protecting the human settlement and other properties. They also stabilise coastal sediments which prevent erosion. In Andhra Pradesh, the mangroves that are found at Godavari and Krishna river mouths are rich in biological diversity after the mangroves of the Sunderbans and Mahanadi (Orissa). The mangroves formation at river Goutami and its main channels of Coringa and Gaderu due to silting activity from centuries are famously known as Coringa Mangroves and cover an area of 265 square kilometers. The mangrove trees and shrubs not only characterize the ecosystem but are also a traditional biological resource base for subsistence economy. Mangrove forests are one of the most important coastal ecosystems in the world in terms of primary production, coastal protection and carbon sink. They contribute to the stabilisation of the shoreline and prevention of shore erosion. The dense network of support roots, breathing roots and stilt roots give mechanical support to the tree and trap the sediments. Mangrove trees provide nesting sites for many shore birds and serve as home for crab-eating monkeys, proboscis monkeys, fishing cats, lizards, sea turtles, bats, and other animals. Therefore, it is very important to conserve and maintain the mangrove ecosystems.

The communities residing in 44 villages in the East Godavari River Estuarine Ecosystem (EGREE) area depend on the mangrove ecosystem and marine resources as their main source of income and food security, although interaction continues with the mainlands. Finfish and shrimps comprise a major part of the fishery resources in the coastal waters of Kakinada. ‘Clupeids’; ‘Scianeids’; ‘Upenoids’; ‘Nemipterus’; ‘Trichiurus’; ‘Saurida’; ‘Elasmobranchs’ and catfish are some important finfish recorded. Among shrimps, ‘Metapenaeus dobsoni’; ‘m. monoceros’; ‘m. brevicornis’; ‘penaeus stylifera’; ‘p. monodon’ and ‘p. indicus’ are predominant.

The changing aspirations, community lifestyles, pollution of surface water sources, unpredictable and low rainfall; de-vegetation/deforestation, limited access to clean water/sanitation and the inappropriate and degrading fishing practices has caused problems at the coastal zones in general.

The mangrove ecosystems are also degrading for the reasons mentioned below. The East Godavari estuarine area is facing the challenges of erosion of coastline from the Godavari river mouth, shifts in sand spits resulting in the loss of mangrove vegetation and low discharge of river water to the Kakinada bay. The mangrove ecosystem of the area is highly vulnerable in the context of climate change. Increasing salinity and precipitation pattern also affects the species distribution, change in biodiversity and species migration. The main economic activities in EGREE are fisheries, aquaculture, salt pans, shell collection and burning, tourism, manufacturing activities (e.g., oil and natural gas, fertilizers, edible oil, rice products) and ports. The proposed Petroleum, Chemicals and Petrochemical Investment Region (PCPIR) extending from Visakhapatnam to Kakinada may have an impact on biodiversity. Among all the drivers of degradation, habitat destruction through land-use changes, unsustainable fishing practices for commercial fisheries and destructive way of biodiversity harvesting are the most important ones.

As natural resources, the mangroves and their associated biodiversity are utilised largely for livelihood, traditional use and for subsistence economy. The habitats are reclaimed for agricultural practices, shrimp forming and also for house constructions. Traditional building, fishing gear, domestic use, medicinal practices and cattle fodder depend upon mangrove flora and fauna. Among the plant species, ‘Avicennia’ species was in highest category (40%), and other species with combination of ‘Lumnitzera’, ‘Excoecaria’, ‘Xylocorpus’, and ‘Rhizophora’ were in second order (20%) as they are used for timber making, charcoal and housing. ‘Bruguiera’ and the ‘Ceriops’ used for making fishing stakes, postings, and fishery implements constitute 10% dependency. Species like ‘Mariostachya’ are used as cattle fodder at 20% and other compositions are used for thatching and fencing. ‘Xyiocorpus’ are used for household articles, furniture and also as a mild poison for catching fish (10%). Species of the ‘Chenopoidaceae’ family are used for fodder, leafy vegetables and have medicinal value for treating common ailments.

Apart from the traditional utilisation, some of the mangrove species are also a source of subsistence economy derived from the plant species by selling timber, preparing charcoal, firewood and fodder. The monthly average income ranges from Rs.1200 to 2000 per month from the selling of mangrove products like tender leaves, fodder, firewood, ornamental shells, and fishery products in local markets of commercial importance like prawns, crabs and molluscs.

Shrimp farmers have been legally or illegally cutting them down.

Farmed shrimps or prawns account for more than half of the global demand for crustaceans.

A previous study warned that the growing demand for prawns meant that valuable mangrove forests were being felled or were under threat of being felled.

Shrimp farming results in a significant fall in fish catch yields, so fishermen are losing income which costs their livelihoods.

Being an important natural resource to the local fishermen community, these mangrove forests should be protected from all possible threats. A comprehensive plan suggested by past and present researchers for the Indian mangrove ecosystem with the following objectives is also applicable to conserve Godavari mangroves: Preservation of mangrove habitats and conservation of biodiversity through In situ management practices and sustainable utilisation of mangrove bio-resources by integrated agriculture and aquaculture practice may be applicable.

Invariably, the mangrove ecosystems and their biological diversity provided subsistence economy and a traditional resource base to the fishermen for diversified utilisation. In recent times, intensive shrimp farming practices have devastating large tracts of mangrove vegetation. This is not only diminishing the biological diversity but is also affecting the livelihood and socio-economic status of the locals who have been depending on this natural resource from centuries. Hence they know the importance of mangroves and are keen to protect them.