Middle-aged vegetable grower Ganga Badal, who lives with her four-member family in Sheetal Basti village in Nepal\'s Kavrepalanchok district, is one of many to benefit from an alternative method of cultivation that saves the soil from deterioration and boosts her bottom line.

Kathmandu:Middle-aged vegetable grower Ganga Badal, who lives with her four-member family in Sheetal Basti village in Nepal's Kavrepalanchok district, is one of many to benefit from an alternative method of cultivation that saves the soil from deterioration and boosts her bottom line. 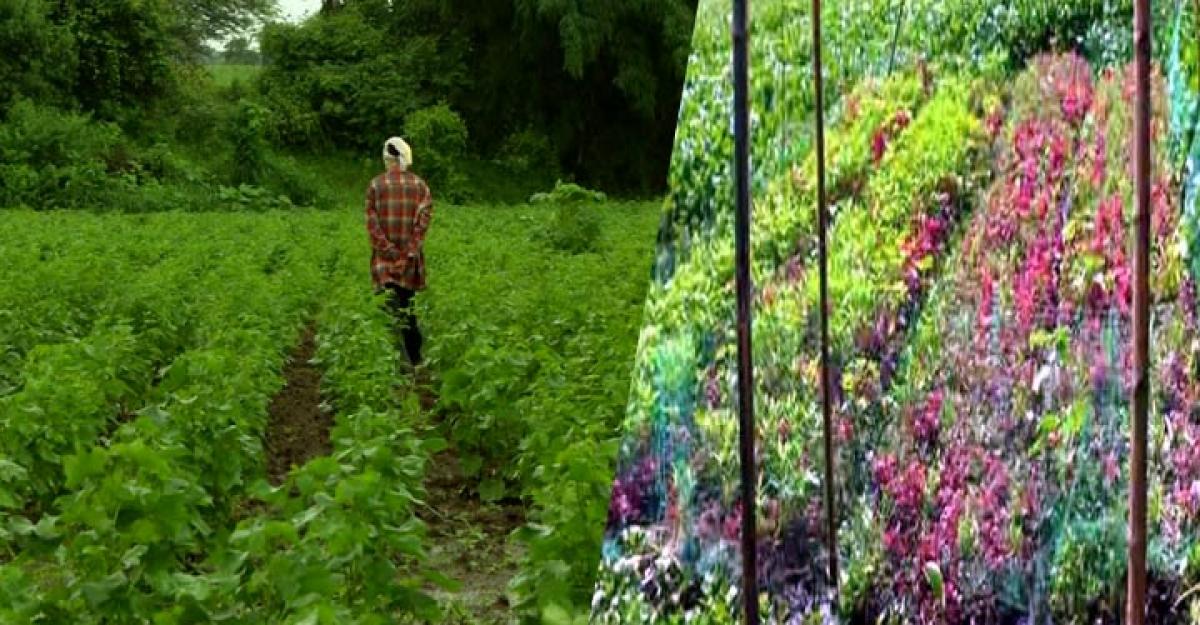 Earlier she struggled to mark et the vegetables, a fact she attributes to overuse of chemical pesticides to control diseases and pests. Even the soil fertility was deteriorating.

"The agricultural produce from this area was earlier banned in Kathmandu's prominent vegetable market owing to the optimum use of pesticides," Badal told this visiting IANS correspondent.

Now Badal, who is president of the local farmers group, is using a home-brewed alternative for cultivation that is not only safer for the environment but also boosts her family income by reducing the dependence on chemicals, the bulk of it purchased.

For decades, farmers of this Himalayan nation have been using the dung of their cows and buffaloes as manure. But they had to use pesticides to control crop infestations.

As a pilot project, scientists and agricultural experts have been promoting the use of the bio-pesticide-cum-organic fertilizer named 'jholmol' in Kavrepalanchok district.

The farmers, who earlier relied on pesticides to control diseases and fertilizer for the growth of plants, are now using 'jholmol' for cereal and vegetable crops.

"Jholmol helps controlling diseases and pest attacks too. It also mitigates the negative effects of chemicals on soil fertility and improved plant's health. The big advantage is that it saved a lot of money spent earlier on agricultural inputs," said a beaming Badal, who owns small terraced fields planted with cucumbers, potatoes and cauliflowers.

She has been able to increase her crop yield by at least 25 percent. Her group is sharing their success with nearby village groups.

Farmers in Sheetal Basti and in nearby villages say they have started producing and using 'jholmol' that costs them nothing.

It's easy for farmers t brew 'jholmol', a liquid cocktail of livestock dung, urine and agricultural waste with a combination of additives from locally grown medicinal plants like neem and stinging nettles.

Roshan Subedi, the local agricultural coordinator with NGO Centre for Environmental and Agricultural Policy Research, Extension and Development (CEAPRED), told the IANS correspondent that the use of organic pesticide 'jholmol' is getting popular in the villages.

The farmers in most of the villages are facing difficulties owing to scarce rains and rising temperature and the extent to which climate change is affecting their livelihoods.

Subedi said the farmers have been trained to experiment with organic practices to improve the productivity.

Each household, whose average size of holding is just 0.8 hectare, in the adopted villages owns a livestock farm, mainly comprising cows and buffaloes.

Through cowshed management in each house, the urine and dung of the livestock is collected into tanks. The manure and agricultural waste are shovelled into the tanks to make biogas to fuel stoves.

After the extraction of biogas, the sludge is left to decompose for two to three weeks before the liquid part is sprayed on the fields.

Rice grower Om Parsad, 64, of Kalchebesi village, said use of 'jholmol' enabled him increase his crop amount by 25 to 30 percent and even the buyers preferred to buy the pesticide-free produce.

"Adopting other new cultivation techniques like growing tomatoes and cucumber in poly tunnels also reduces the risks of pest attacks," he added.

Kalchebesi village is about a two-hour drive into the hills northeast of Kathmandu, Nepal's capital, and the Climate Smart Village project is improving the economic status.

Most of the cowsheds in the region collapsed and 'jholmol' tanks were buried in the April 25 earthquake that rattled the Himalayan nation, whose economy largely depends on agriculture.

The brighter side is that the unaffected households are now lending 'jholmol' to other farmers to reduce pest infestations in the area.