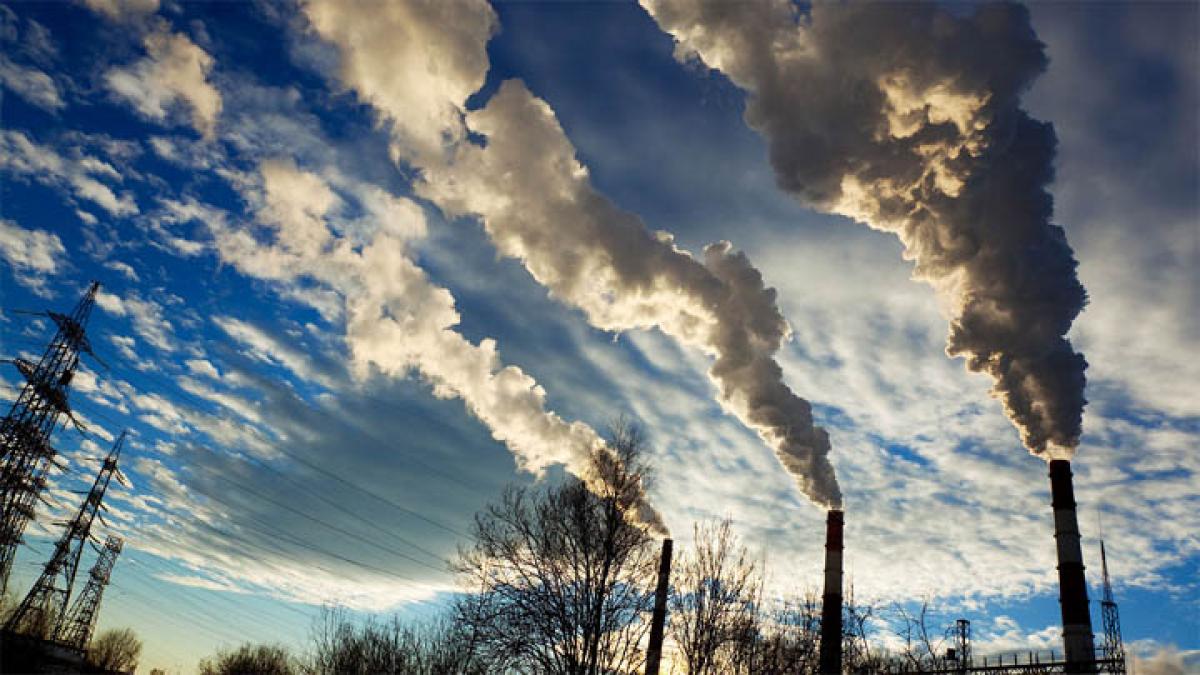 In a few days, the world leaders will gather in Paris to have deliberations on Climate change, which is 21st gathering since the United Nations began to grapple with the issue. What is happening today might not seem like dithering.

In a few days, the world leaders will gather in Paris to have deliberations on Climate change, which is 21st gathering since the United Nations began to grapple with the issue. What is happening today might not seem like dithering.

At the time of the first UN climate-change conference in 1995, the atmospheric concentration of carbon dioxide was 361 parts per million and last year it was reached 399 parts per million. Between 2000 and 2010 the rise in greenhouse-gas emissions was even faster than in the 1980s or 1990s.
The hottest year since records began was 2014; average surface air temperatures so far this decade are about 0.9°C higher than they were in the 1880s. It means nothing of substance being achieved even after first conference in 1995.
Recently, the IMF warns that human fortunes will evaporate like water under a relentless sun, if climate change is not checked soon.
According to the estimate of the International Energy Agency, 13.5% of the world’s primary energy supply was produced from renewable sources in 2013. This sounds like a decent slice, but almost three-quarters of this renewable energy came from what are euphemistically known as “bio-fuels”. It means burning wood, dung and charcoal in poor countries. Hydro-electric power, which has fallen from favour in the West because of its often ruinous effect on river ecosystems, was the world’s second most important source of renewable energy. Nuclear power, which is green but not renewable, supplied 5% of energy needs, and falling. Wind turbines, solar farms, tidal barriers, geothermal power stations and the like produced just 1.3% between them.
The global effort to tackle climate change by imposing caps on countries’ greenhouse-gas emissions, which until recently was described as essential for saving the planet, is over, most of countries now intended to reduce, or at least restrain, their own emissions.
The promises that the countries will bring to Paris, known as “intended nationally determined contributions”, are diverse and hard to compare. Still, some are plainly more ambitious than others. America pledges that by 2025 it will cut its greenhouse-gas emissions by 26-28% below 2005 levels. South Korea says that by 2030 its emissions will be 37% below where they would be if the recent upward trend in emissions were projected forward. But even if it manages this, South Korea will be emitting 81% more greenhouse gases in 2030 than it did in 1990.
Moreover, the conference delegates have already agreed on global temperatures must not be allowed to rise by more than 2°C (3.6°F) above pre-industrial levels. Politicians and green groups have argued for years that anything more would be wildly dangerous. Almost every book and report about climate change treats this limit as inviolable.
In 2014 the total man-made emissions were about the same as in 2013 that means Global greenhouse-gas emissions might indeed hold steady for a while, according to the International Energy Agency. This year’s figure could even be slightly lower than last year’s because there is a pause that has little to do with the forests of wind turbines and solar panels that have popped up in Western countries, and much to do with developments in China. Still, given the steep rise in greenhouse-gas emissions in recent years it is welcome.
However, the bad news is that even if greenhouse-gas emissions are stabilising, they are doing so at an exalted level. China might burn a little less coal in the next few years, but India will burn more—and the Chinese will drive more cars. But a lot of poor countries are going to become richer by burning fossil fuels and richer countries will continue to become cleaner, so at least when the carbon content of the goods they import is added to the reckoning.
So, climate change will have to be tackled more intelligently and more economically than it has been so far. Renewable energy is crucial. Contrary to what many claim, though, it is not true that existing solar and wind technologies could cheaply save the planet while also creating lots of green jobs if only they were subsidised for just a few more years.
hose renewable power sources have cost consumers dear and mangled energy markets. Paying for yet more wind turbines and solar panels is less wise than paying for research into the technologies that will replace them. More research is required on deliberately engineering the Earth’s atmosphere in order to cool the planet.
It is often said that climate change is an urgent problem. If that were true, it might be easier to tackle. In fact it is a colossal but slow-moving problem, spanning generations.
G.Rajendera Kumar
Show Full Article
Email ArticlePrint Article
More On