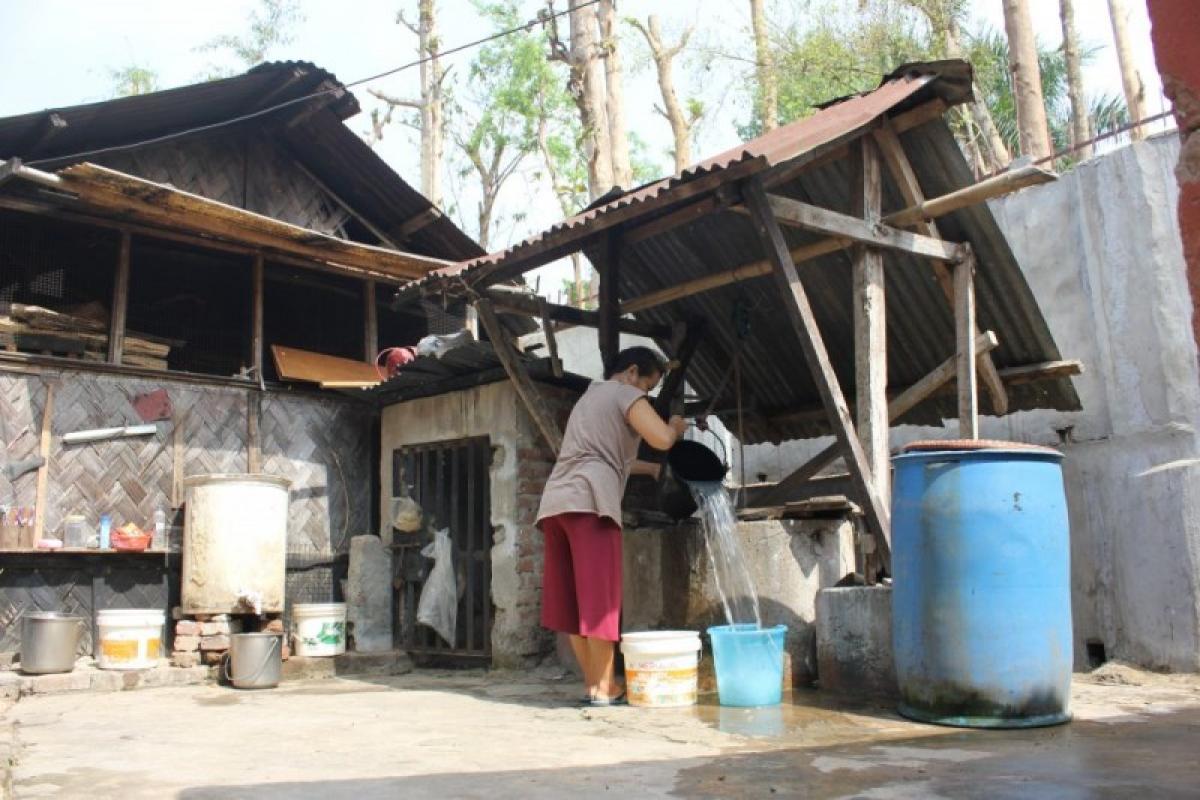 India faces major challenges in the water sector with the per capita availability going down and demand growing due to urbanisation and industralisation.

India faces major challenges in the water sector with the per capita availability going down and demand growing due to urbanisation and industralisation.

Inefficiency of water use in agriculture, over-exploitation of underground water and contamination are other issues associated with water management in the country.

India receives average rainfall of about 1,170 mm which corresponds to an annual precipitation of about 4,000 BCM (billion cubic metres) including snowfall. However, there is considerable variation in rainfall both temporally and spatially.

Nearly 75 percent of the annual precipitation occurs during the monsoon season between June and September. After accounting for evaporation, the average annual water availability in the country has been assessed as 1,869 BCM. It has been estimated that owing to topographic, hydrological and other constraints, the utilisable water is 1,123 BCM which includes 690 BCM of surface water and 433 BCM of replenishable ground water.

Since the amount of water available is more or less constant, rising demands due to increasing population and economic growth are expected to strain the demand-supply balance.

According to a report by the 2030 Water Resources Group, India's water requirement will be about 1,498 BCM in 2030, which is double of the estimated aggregate water demand at present. But water balances for the country as a whole are of limited value since they hide the existence of areas of acute water shortage and do not reflect problems of quality.

The twin indicators of water scarcity are per capita availability and storage. India's population has increased from 361 million in 1951 to 1.21 billion in 2011 and the per capita availability of water for the country as a whole has decreased from 5,177 cubic metres per annum in 1951 to 1,545 cubic metres per annum in 2011, a reduction of about 70 percent.

Nine out of 20 river basins, with an estimated population of 200 milllion, are estimated to be facing water scarcity conditions.

The annual extraction of groundwater in the country is by far the highest in the world and the growing dependence on this has led to over-extraction, which is lowering the water table in many parts of the country.

According to official data, around 84 per cent of the total addition to the net irrigated area has come from groundwater over the last four decades. With an estimated 30 million groundwater structures in play, groundwater is being exploited beyond sustainable levels.

A NASA assessment showed that between 2002 and 2008, India recorded a decline in the water table to the extent of 0.33 metres per annum.

The ground water monitoring data of Central Ground Water Board (CGWB) for pre-monsoon 2014, compared with decadal mean of pre-monsoon (2004-2013), showed that out of total wells analyzed, around 39 percent showed a decline in the ground water level. According to an assessment done in 2011, nearly a sixth of the 6,607 assessment units (blocks/ mandals/ talukas/ districts) across 15 states and two union territories have been categorised as "over-exploited".

Also, water use efficiency in agriculture, which consumes around 80 percent of water resources, is estimated at around 38 percent, which compares poorly with 45 percent in Malaysia and Morocco and 50-60 percent in Israel, Japan, China and Taiwan.

Ground water quality data monitored by the CGWB shows that the ground water in parts of 20 states is contaminated by fluoride and in 21 states by nitrate in excess of World Health Organization (WHO) guidelines.

Organic pollution has been identified as a predominant cause of water pollution. The Central Pollution Control Board has assessed the total volume of municipal waste water generated in the country at 61,948 MLD (million litres per day) against the installed sewage treatment capacity of 23,277 MLD - leaving a gap of more than 38,671 MLD.

The National Water Policy, released in 2012, calls for planning and management of water resources through common integrated perspective considering regional and national context and on an environmentally sound basis.