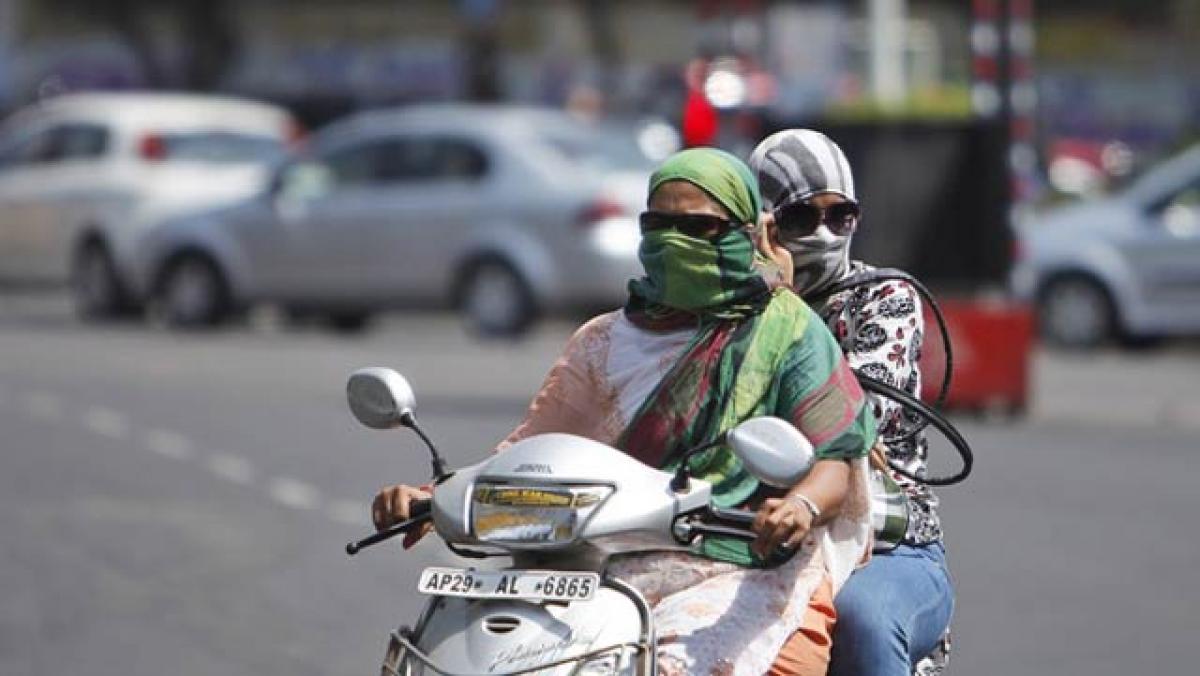 Telangana continued to be in the grip of severe heatwave conditions with several parts of the State recording high temperatures between 40 and 45 degrees Celsius on Friday.

Hyderabad: Telangana continued to be in the grip of severe heatwave conditions with several parts of the State recording high temperatures between 40 and 45 degrees Celsius on Friday. According to Indian Meteorology Department, dry weather is very likely to occur at isolated places over Telangana State and most places are very likely to record maximum temperatures between 40 and 45 degrees in the next five days.

Also, heat wave conditions are very likely to prevail over most places of the State except in Adilabad district omorrow, IMD said on its website. The highest maximum temperature of 44 degree Celsius was recorded in Nizamabad district, it added. Keeping in view the rising mercury, the State government has advanced the summer holidays for schools to April 16 from the scheduled April 24.

"Due to high day temperatures recorded in the State and taking feedback from district Collectors, and also considering demand from parents of school children, it is decided to declare holidays to all schools functioning under government/ local bodies/private managements from
April 16.

The summer vacation is rescheduled from April 16 to June 12 instead of April 24 to June 12," Director of School Education said in the statement. Heatwave has claimed 35 lives in Telangana so far, prompting the state government to issue alerts in all districts to take precautionary measures to minimise its impact.