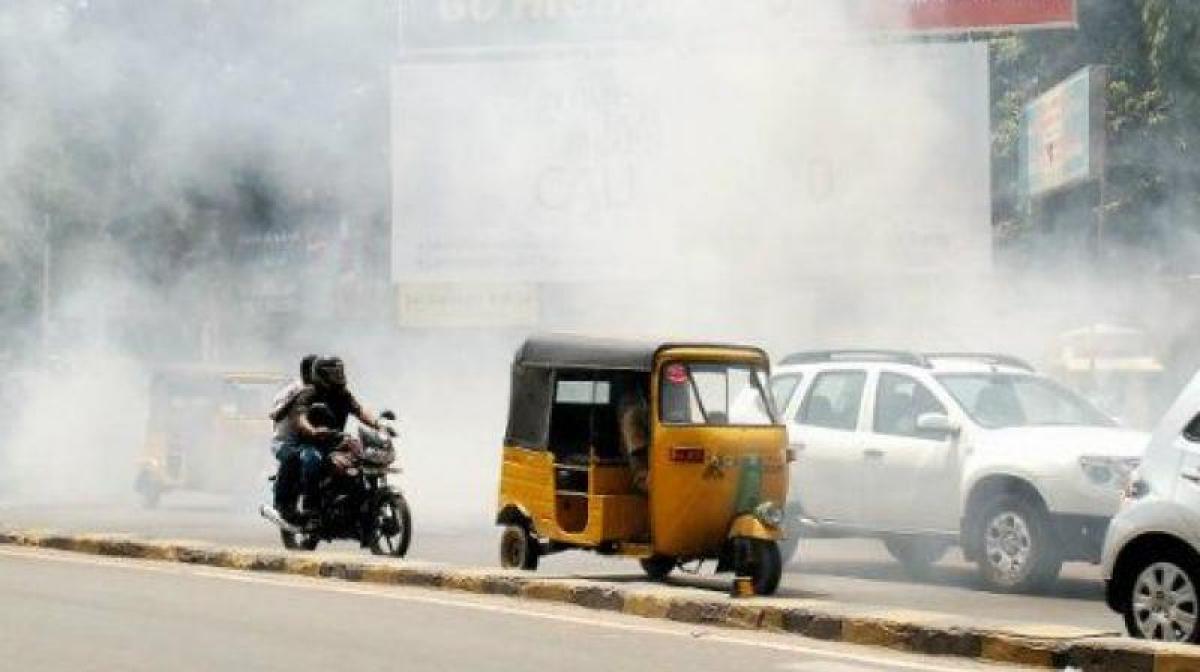 The pollutants had violated the corresponding 24-hour safe limits of 60 and 100 respectively by up to 10 times.

As many as 2.5 million people died because of pollution in the country in 2015, a figure which is highest in the world, according to The Lancet Commission on Pollution and Health.

Globally the number of deaths due to pollution stood at 9 million - three times more than AIDS, tuberculosis and malaria combined, the report said.

China takes up the second spot in the list 1.8 million deaths.

One in six of all deaths worldwide are caused by pollution, and the vast majority occur in developing countries, the report in The Lancet medical journal said.

“With globalisation, mining and manufacturing shifted to poorer countries, where environmental regulations and enforcement can be lax,” said Karti Sandilya, one of the authors and an adviser to environmental group Pure Earth.

Exposure to high levels of air pollution, especially over many years, can affect human respiratory and inflammatory systems, and can lead to heart disease, stoke and lung cancer.

Sandilya said, “People in poorer countries - like construction workers in New Delhi - are more exposed to air pollution and less able to protect themselves from exposure, as they walk, bike or ride the bus to workplaces that may also be polluted.”

But rapidly industrialising nations are worst affected and regulation could help to protect health as they develop, said the commission, which brings together more than 40 international health and environmental authors.

Recently, the Supreme Court banned fire crackers in Delhi and National Capital Region (NCR) on Diwali to curb the menace of air pollution but to no avail.

News agency PTI reported that the online indicators of the pollution monitoring stations in Delhi on Diwali nigh glowed red, indicating a 'very poor' air quality as the volume of ultra fine particulates PM2.5 and PM10, which enter the respiratory system and manage to reach the bloodstream, sharply rose from around 7 pm.

The pollutants had violated the corresponding 24-hour safe limits of 60 and 100 respectively by up to 10 times.