Treat your taste buds to some royal flavours 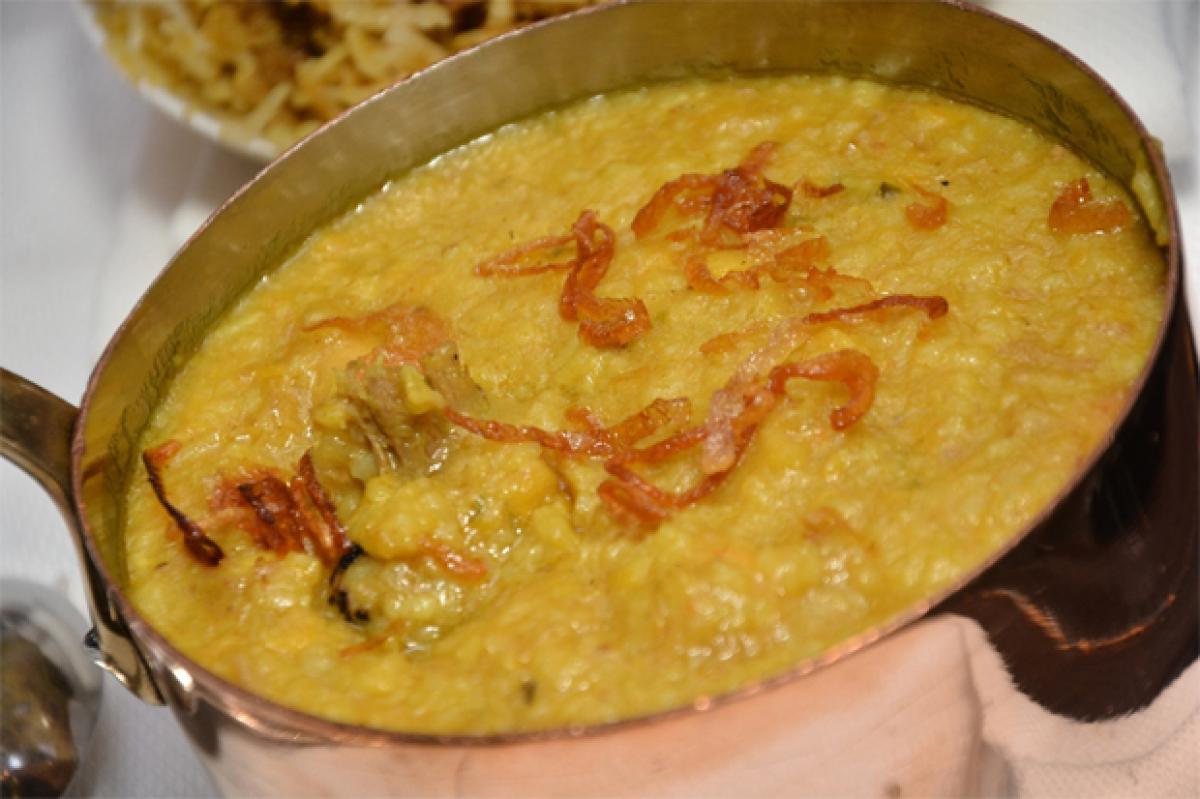 Embark on a culinary journey packed with authentic royal flavours and feel like a king as you immerse yourself in the \'Lost Recipes of the Royals of India\' while sitting at Varq in the country\'s \'power\' capital.

Embark on a culinary journey packed with authentic royal flavours and feel like a king as you immerse yourself in the 'Lost Recipes of the Royals of India' while sitting at Varq in the country's 'power' capital.

Bringing back the lost recipes from the royal kitchens of the erstwhile kingdoms of India, with the leadership of Executive Chef Arun Sundararaj, the culinary experts of Varq -- the modern Indian restaurant of The Taj Mahal Hotel, New Delhi -- have recreated famed delicacies that were once enjoyed by the royal families of Kashmir, Travancore, Hyderabad and Rajasthan for a food festival.

"We wanted to give flavours of the royals to our costumers. When I was in Hyderabad, I did a lot of research where I learnt from the royal family of Nizams. We have added our own elements as well to the dishes," Sundararaj, who was earlier with the Taj Falaknuma Palace in Hyderabad, told IANS.

Wasting no time, the gastronomic voyage began with duo of chicken and lamb - Tujji chicken and Lahabi Kebab. Very meaty, but yes I did get a good dose of greens in the form of coriander, chilli and mint in the chicken appetizer served with a crisp bread at the bottom. The kebab that also had a strong yoghurt flavour, just melted in my mouth.

When Sundararaj told me that back then the royals had time, money and leisure to make such delicacies, I thought maybe it took them about three to four hours to prepare a special meal. But when he told me about Saada aash, I was taken aback.

Little did I know that I would be served a lamb soup that was simmered for seven hours and tempered seven times.

"The soup is to generate heat in the body, so we give small portion of it. It has Lukhmi, which is like a Samosa, with soup poured on top," he said. The shreds of lamb chunks with pepper enhanced the flavour of the soup.

Next up was Nawabi Murgh - a chicken supreme roulade served with nuts and sweet mango chutney. It was accompanied by Khichdi Rafat and Noori Hyderabadi Biryani. I was certainly team Biryani. Yes, it had succulent pieces of lamb and long grain rice, but it was the fragrant lamb stock that made the dish a winner. Khichdi Rafat had tender pieces of chicken, duck and lamb, but somehow I felt that the Khichdi wasn't able to pull flavours of any of the meat.

The last item on the menu got me all curious as I was told it's a dessert with garlic as an ingredient. Well, fortunately it didn't taste anything like garlic. It had layers of garlic kheer and broken wheat porridge that was sweet, but not overpowering - just the way I like.

The splendid food journey that commenced on Thursday will win over those who love to indulge in rich and flavoursome Indian dishes.