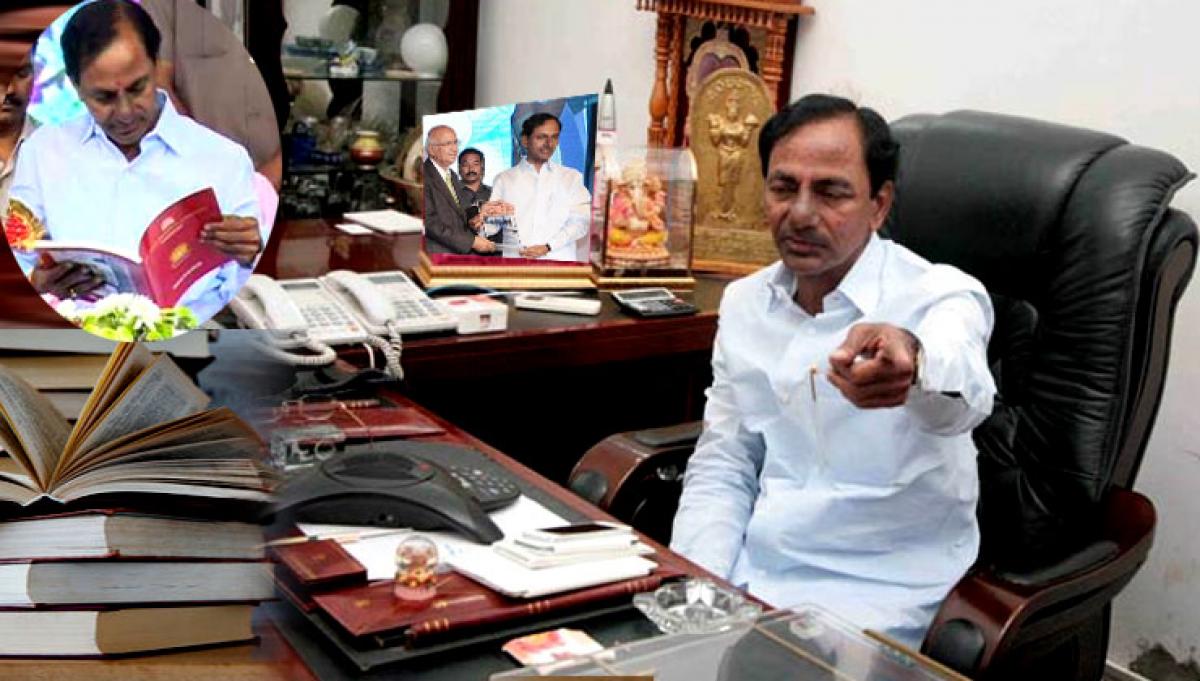 Hyderabad: TRS chief K Chandrasekhar Rao is set to file his nomination papers for Gajwel Assembly and Medak Parliament elections on Wednesday (April 9). After completing these formalities, he will head straight to Huzurnagar in Nalgonda district to address in a public meeting and thus kick-start his poll campaign on the very same day.

Party sources also indicate that the pink party president has also given his nod to field his daughter K Kavitha from Nizamabad Lok Sabha constituency. She is also likely to file her nomination on Wednesday.

Soon after filing his nomination, TRS chief will visit Lord Venkateshwara temple at Konaipally village in Medak district on Wednesday morning to offer prayers to deity. He has been following this custom for the last three decades every time before filing his nomination papers.

On the other hand, TRS is making use of 3D technology to ensure that Rao’ voice is heard in every nook and corner of the region. Screens have been fitted to 20 vehicles which will be covering two locations on a single day. This means Rao’s speech will be heard directly in 6 places and live visuals will be beamed in other 40 locations on a single day.

Meanwhile, TRS will release its third and final list of party candidates for 46 Assembly and 9 MP constituencies on Tuesday. It may be mentioned here that Telangana party had already announced parties nominees for 73 Assembly and 8 MP segments in two phases.

Both Naidus behind TDP-BJP alliance: KCR

Hyderabad: TRS chief K Chandrasekhar Rao on Monday stated that TDP-BJP alliance was the handiwork of N Chandrababu Naidu and M Venkaiah Naidu. Both these ‘Naidus’ went ahead and forged an electoral understanding despite bitter opposition from Telangana BJP unit, he said.

Addressing a joining programme at Telangana Bhavan on Monday, Rao stated that this ‘unholy’ alliance was formed only to deceive people of Telangana. People of Telangana were cheated in last 60 years and it is time we should not fall into same trap once again.