Define your stress and fears to put things in perspective 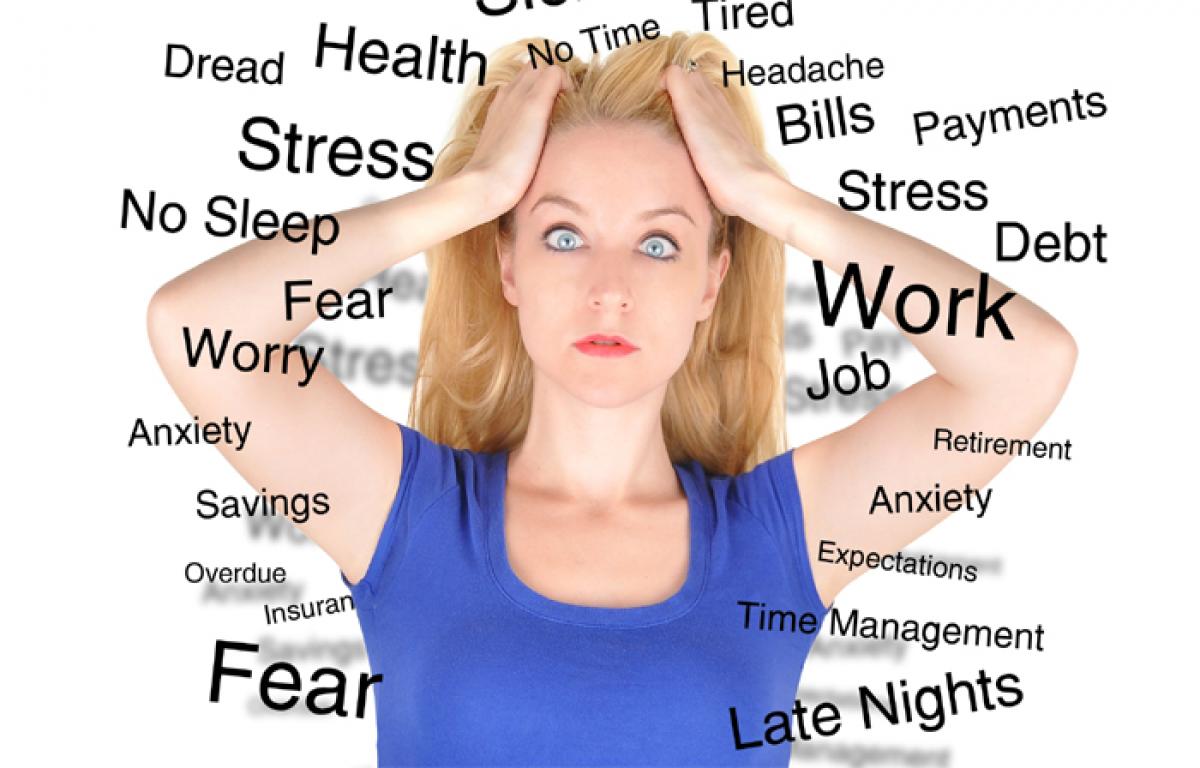 Define Your Stress And Fears To Put Things In Perspective. \"The fear of death follows from the fear of life. A man who lives fully is prepared to die at any time,\" said American author and humourist Mark Twain.

New Delhi: "The fear of death follows from the fear of life. A man who lives fully is prepared to die at any time," said American author and humourist Mark Twain. Is your fear of losing life becoming a kill-joy?

If we listen to experts, more and more Indians are finding themselves in the grip of death anxiety owing to several socio-psychological factors that force them to remain in a morbid or abnormal fear of one's mortality.

Either a traumatic past, a sudden life-saving surgery, a near-death experience or a serious medical illness has put many people - including youngsters - at the risk of developing "thanatophobia" - an intense and irrational fear of death. The phobia, experts emphasise, can lead people's brains to become ultra-sensitive to negative events that have nothing to do with their lives.

"A traumatic incidence in the past increases the fear of death. The uncertainty of death or the imagination of life after death based on some religious beliefs can also make some people ultra-anxious," explains Dr Sunil Mittal, leading psychiatrist and director of Cosmos Institute of Mental Health and Behavioral Sciences in New Delhi.

According to Dr Hrishikesh Pai, president of the Indian Society for Assisted Reproduction (ISAR), people who are constantly thinking about how to fulfil life's mundane duties may be the first to be stung by the fear of death.

"Also, a single traumatic incident in the past may hamper emotional memory forever in some people, leaving them in a constant panic situation of losing their life," Pai, a world-famous infertility specialist, told IANS.

The fear of death is now being seen in younger people too.

"Excessive fear easily occurs in those who tend to be anxious in general. The young child with an anxious temperament may 'take' more readily to being fearful. A family history of anxiety may also predispose a person to being excessively fearful," explains Dr Vishal Sawant, consultant psychiatrist at Nanavati Super Speciality Hospital in Mumbai.

Biological risk factors such as temperament or family history, when combined with negative life experiences, can render a person more vulnerable to fearing death, he notes.

Lately, scientists have shown what happens inside our brain when we think our life may be over.

Led by Baycrest Health Sciences' Rotman Research Institute at University of Toronto, a recent study found that while more mundane experiences tend to fade with the passage of time, trauma leaves a lasting memory trace.

According to the study, a single traumatic incident can heighten memories and skew perceptions even years after the event. "It can possibly make people more sensitive to other negative life experiences," the authors noted.

Post-traumatic stress disorder (PTSD) is a known mental health condition that is triggered by a terrifying event - either experiencing it or witnessing it.

Symptoms may include flashbacks, nightmares and severe anxiety, as well as uncontrollable thoughts about the event. These could also include severe anxiety of death.

The basis of any fear is anxiety "which will affect the overall functioning of a person and how they look at each event in their lives," Dr. Sawant emphasises.

When the mind goes out of control, it relates everything and every incident to the worst possible scenario.

"Something as simple as heading out to buy milk turns into an internal battle of visualising one getting hit by a bus or being run over," explains eminent cardiologist Dr Lekha Pathak, also the executive president of the Heart Foundation of India.

Our brain is responsible for our actions and emotions. The emotional part is handled by Amygdala, a small part in our brain.

When the person relives the traumatic event or incident, this part becomes highly active. "When a trauma is not resolved, the sense of fear and helplessness takes over, setting the stage for the fear of death," Dr Mittal elaborates.

A loss of a life inherently does evoke a natural human reaction of sadness, shock, grief or concern.

"However, when such feelings become excessive and are irrational, they become a phobia which would, in turn, have an adverse impact on the individual's quality of life," says Dr Samir Parikh, director (mental health and behavioural science) at Fortis Hospital.

The key to overcome death anxiety lies in cleansing out the "negative energy" that one has accumulated over the years.

"Fear of death can be dissolved through meditation and yoga asanas. It destroys the anxiety by giving us access to the vibrant core of our being which is completely independent of the body," Deepak Jha, a new Delhi-based yoga expert, told IANS.

Breathing exercises and deep-relaxation techniques have a soothing effect on the nervous system.

"Define your stress and fears to put things in perspective. You will see some fears are so ridiculous that they just sap your energy for no reason," the experts advise.