President Barack Obama will change the name of North America\'s tallest mountain peak from Mount McKinley to Denali, the White House said Sunday, bestowing the traditional Alaska Native name on the eve of a historic presidential visit to Alaska.

President Barack Obama will change the name of North America's tallest mountain peak from Mount McKinley to Denali, the White House said Sunday, bestowing the traditional Alaska Native name on the eve of a historic presidential visit to Alaska. 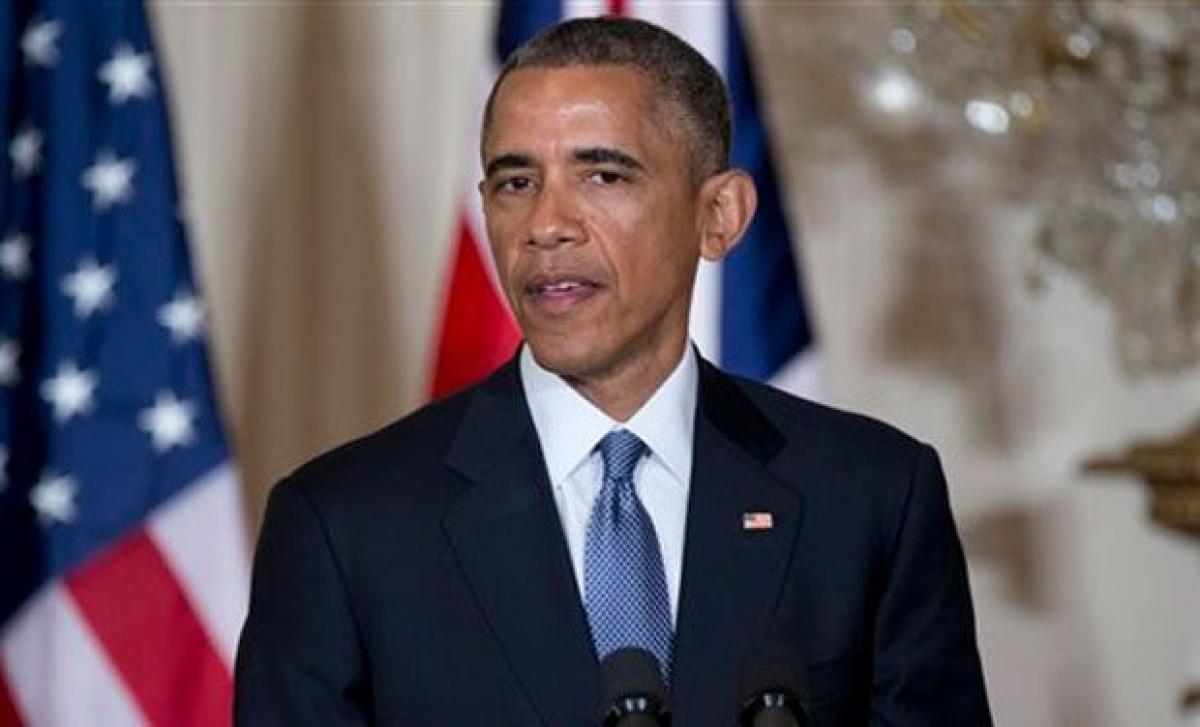 By renaming the peak Denali, an Athabascan word meaning "the high one," Obama is wading into a sensitive and decades-old conflict between residents of Alaska and Ohio. Alaskans have informally called the 20,320-foot (6,194-meter) mountain Denali for years, but the federal government recognizes its name evoking the 25th president, William McKinley, who was born in Ohio and assassinated early in his second term.
"With our own sense of reverence for this place, we are officially renaming the mountain Denali in recognition of the traditions of Alaska Natives and the strong support of the people of Alaska," said Interior Secretary Sally Jewell.
The announcement came as Obama prepared to depart early Monday on a three-day visit to Alaska, becoming the first sitting president to travel north of the Arctic Circle. As part of his visit, Obama is attempting to show solidarity with Alaska Natives, and planned to hold a round-table session with a group of Alaska Natives just after arriving Monday in Anchorage.
Sen. Lisa Murkowski, who had pushed legislation for years to change the name, said Alaskans were "honored" to recognize the mountain as Denali - a change in tone for the Alaska Republican, who had spoken out against Obama's energy policies in anticipation of his visit to her state.
"I'd like to thank the president for working with us to achieve this significant change to show honor, respect, and gratitude to the Athabascan people of Alaska," Murkowski said in a statement.
Prior efforts by Alaska's leaders to change the name date back to 1975, but have been stymied by members of Ohio's congressional delegation. It was unclear whether Ohio leaders or other opponents of the change would mount an effort to block the resignation.
It was unclear whether Ohio leaders or others would mount an effort to block the change. There was no immediate response to inquiries seeking comment from House Speaker John Boehner and other Ohio lawmakers.
The White House cited Jewell's authority to change the name, and the Interior Department said Jewell planned to issue a secretarial order officially changing it to Denali.
The peak got its officially recognized name in 1896, when a prospector was exploring mountains in central Alaska, the White House said. Upon hearing the news that McKinley, a Republican, had received his party's nomination to be president, the prospector named it after him and the name was formally recognized.
The White House noted that McKinley never visited Alaska, and said the site is significant culturally to Alaska natives and central to the Athabascan creation story.
Show Full Article
Email ArticlePrint Article
More On
Interested in blogging for thehansindia.com? We will be happy to have you on board as a blogger.