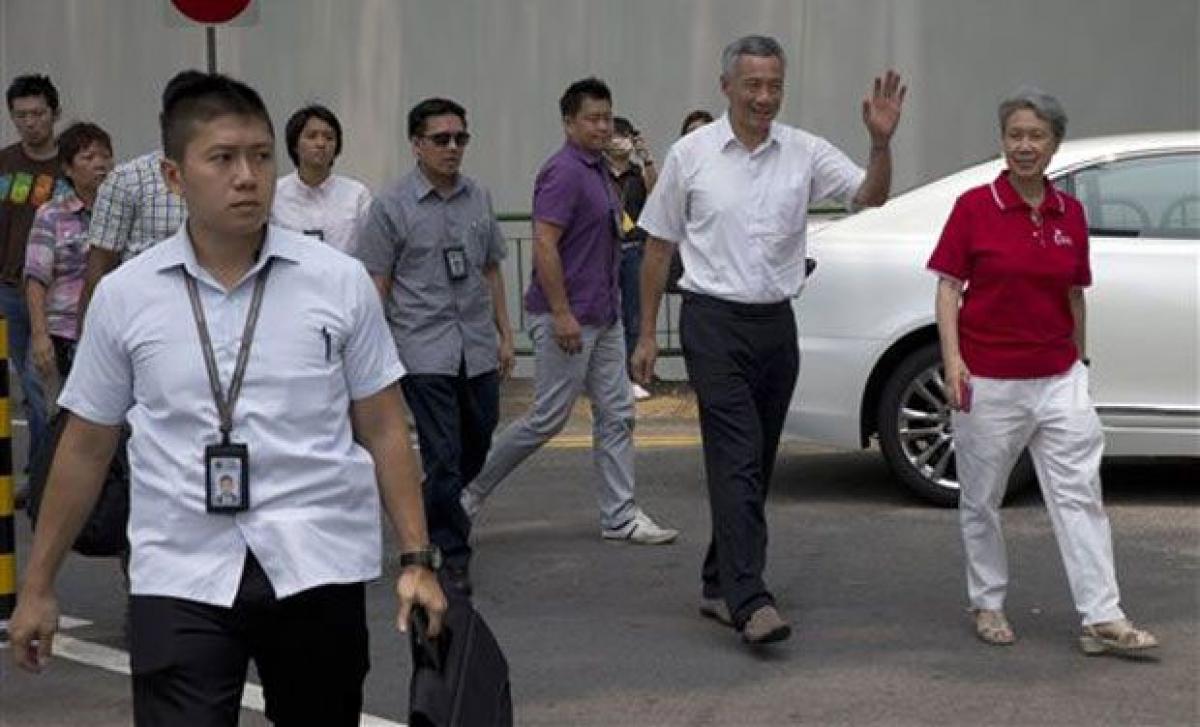 Just as expected, the party that has ruled Singapore since it became a country a half-century ago appeared poised to stay in power for five more years as the city-state\'s citizens voted Friday in a compulsory election.

Just as expected, the party that has ruled Singapore since it became a country a half-century ago appeared poised to stay in power for five more years as the city-state's citizens voted Friday in a compulsory election.

But the percentage of votes the People's Action Party actually receives will be watched as a barometer of its popularity during tough economic times. Riding on a wave of public dissatisfaction the opposition hopes to increase its strength in Parliament from the meagre seven seats it currently holds, all by the Workers' Party. During the campaign they emphasized the growing income disparity, restrictions on free speech, overcrowding caused by immigration and rising cost of living, Singapore is the world's most expensive city, according to an international survey.
"I am voting for the next 50 years," said Deon Gan, 47, an accounts manager. "Hopefully there will be improvements in transport and housing," she said before voting in the Toa Payoh district.
But the PAP also hopes to capitalize on a sympathy wave following the death of Singapore's founding father, Lee Kuan Yew, in March. Lee, a PAP stalwart, became the country's first prime minister at independence in 1965, and remained in office until 1990. His son, Lee Hsien Loong, the current prime minister, has been in office since 2004. In between, another PAP leader Goh Chok Tong was the prime minister.
"Every election is different. We always watch carefully. We have done our best," Lee said after casting his vote. "This is a major turning point for Singapore."
At one polling center in a primary school, lines started to form as soon as polls opened at 8 a.m. Some voters wore masks to protect themselves from a smoky haze that has enveloped Singapore as a result of forest fires in neighboring Indonesia. Polls will close at 8 p.m. (1200 GMT), with the first results available about 2 hours later.
Some voters headed to the polls before doing their grocery shopping, and younger voters brought their elderly parents, some in wheelchairs, others needing assistance to walk as voting is mandatory.
"I have so many problems and I can't get a house, even after approaching my current member of parliament. I hope someone can improve my life and who can help me," said Habeeb Mohamed bin Abdul Raman, a 74-year-old retiree, leaving the polling station with his elderly wife and daughter.
While the PAP's current tally of 80 seats in the outgoing 87-member Parliament may signify an overwhelming dominance, the truth is that it did so by winning only 60 percent of the votes cast in the 2011 elections. The PAP has long benefited from the weak opposition which has not even been able to contest all seats, handing the PAP uncontested victories in many constituencies.
Reuben Wong, a political science professor at the National University of Singapore, said even a 56 to 60 percent share of the votes would still be respectable for the PAP because "the electorate has become more diverse and sophisticated, the opposition parties are also more professionally run."
"A vote share of 60 percent and above would be an excellent showing (for the PAP)," he said.
For the first time in Singapore's history the opposition will contest all seats in Parliament, whose strength has been increased to 89 members in Friday's elections.
The PAP has also benefited from a system in which some constituencies are represented by a group of four to six lawmakers. In a winner-takes-all, first-past-the-post system, all members of the victorious team get entry into Parliament. But in the last elections, the Workers' Party wrested one such multi-candidate ward from the PAP, sending five candidates to Parliament, out of the seven seats it won.
There are about 2.46 million eligible voters - in a population of 5.47 million - up from 2.35 million in 2011, with an increased number of voters born after independence. Most of these young voters take Singapore's prosperity, stability and a corruption-free, low-crime society for granted. These were the main selling points of the PAP in past elections, which appealed to the first few generations that saw Singapore rise from a backward trading port city to a thriving and technologically advanced metropolis, and the 9th richest country in the world.
But voters are now asking uncomfortable questions about the restrictions on free speech and media, which they had been willing to sacrifice in return for economic prosperity. They also see an increasing number of immigrants from all over Asia, filling not only low-paying jobs but also middle-level and high-paying positions.
There have also been questions about the country's much-vaunted pension scheme with many wondering if retirees are reaping real benefits. In the last quarter ending in June, Singapore's economy contracted by 4 percent, and the annual growth rate is projected to be 1.8 percent.
The Workers' Party is contesting 28 seats and eight other smaller opposition parties and two independents are contesting the remaining seats. This means that even if the Workers' Party wins all 28 seats it won't be able to form a government with a minimum 45 seats required. There are also no plans for the party to be in a coalition with other parties.
Show Full Article
Email ArticlePrint Article
More On