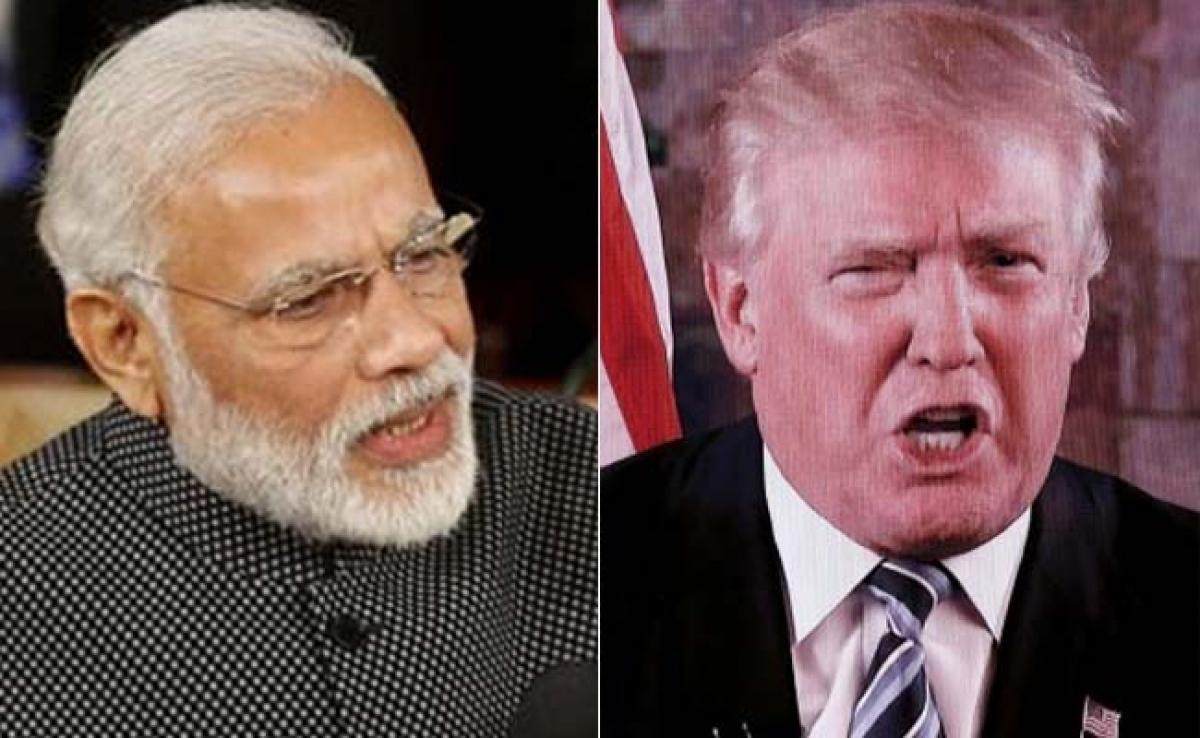 The Indo-US relations will become an important part of President-elect Donald Trump\'s diplomacy to \"suppress\" China, but it will have limited impact on Beijing as New Delhi may not accept a \"quasi-alliance\" with Washington to retain its independent foreign policy, the Chinese state media commented on Tuesday.

Beijing: The Indo-US relations will become an important part of President-elect Donald Trump's diplomacy to "suppress" China, but it will have limited impact on Beijing as New Delhi may not accept a "quasi-alliance" with Washington to retain its independent foreign policy, the Chinese state media commented on Tuesday.

"US-Indian relations will become an important part of Trump's diplomacy. With the purpose of stabilising the external situation and straightening out problems at home, the Trump administration will seek an improving relationship with India," an article in the state-run Global Times said.

"However, due to its own domestic problems, India can only play a limited role in assisting the US in solving headaches, thus the Trump administration will not put US-Indian relations in a very important position, and its enthusiasm for building a quasi-alliance with India will decrease," it said.

"As a global power sticking to non-alignment diplomacy, India probably will not set a goal of allying with the US in suppressing China as the US hopes," the article said, assessing policies options for Trump after he takes over the Presidency next month said.

"Therefore, there are unbridgeable differences between American intentions for developing a close relationship with India to balance China and India's concept of developing independent diplomacy toward the US and China," the article titled 'Trump may be cool to alliance with Delhi' said.

"In other words, the US attempts of establishing a quasi-alliance with India to restrict China may not be accepted by India as the country owns an independent diplomatic tradition," it said.

When dealing with global challenges such as climate change, nuclear proliferation and terrorism, the US may require India to make greater contributions to specific fields which only the US is concerned about, it said.

"This will reduce India's trust in the US, and weaken the basis for deepening bilateral cooperation to the level the US looks forward to," it said.

"To sum up, US-Indian relations during Trump's term will have a limited impact on China. The intensive US-India security cooperation during the Obama administration will be changed due to Trump's adjustment in diplomacy, easing off the pressure on China," it said.

"Besides, the prospect of US-Indian cooperation in trade is not optimistic, and it will only exert a limited effect on China's influence on regional trade," it said.

Chinese official media began attacking Trump after his tweets on Monday questioning for the first time after his election, China’s currency devaluation and the Beijing’s claims on South China Sea.