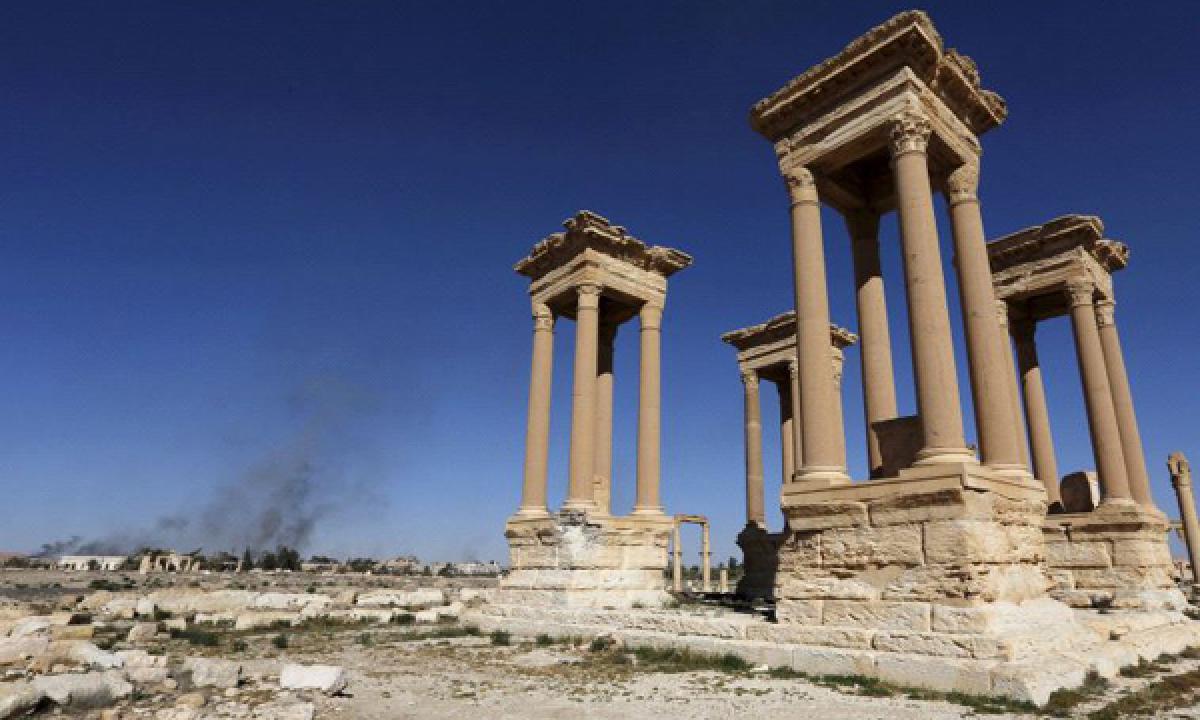 Islamic State (ISIS) captured the ancient city of Palmyra on Sunday despite dozens of Russian air strikes to push back the militants a day after they briefly seized the city in eastern Syria, a war monitor and the militants said. In the government\'s first official admission that Palmyra had fallen once again to the militants, state media quoted the governor of the province of Homs, where the city

Islamic State (ISIS) captured the ancient city of Palmyra on Sunday despite dozens of Russian air strikes to push back the militants a day after they briefly seized the city in eastern Syria, a war monitor and the militants said.

In the government's first official admission that Palmyra had fallen once again to the militants, state media quoted the governor of the province of Homs, where the city is located, as saying the army had pulled out of the city.

The collapse of the city's defences despite the heavy bombing and reinforcements sent by the Syrian army has exposed the limitations of the Russian backing that has turned the tide of the conflict in President Bashar al-Assad's favour.

"The army is using all means to prevent the terrorists from staying in Palmyra," Homs Governor Talal Barazi was quoted as saying, hours after ISIS and a Britain-based monitoring group both said the militants had full control of the city. Barazi later said militants had brought in reinforcements from their de facto capital of Raqqa and from Deir Zor province in eastern Syria bordering Iraq.

Rebels said the focus of Syria's overstretched army on defeating insurgents in their last urban stronghold of Aleppo may have diverted much needed resources to defend the city, where Moscow had in recent months beefed up its defences. The recapture of Palmyra is a major reversal for Syria's government and its Russian backer, which hailed the city's capture in March, sent troops to protect it and even staged a concert there.

Earlier on Sunday, Russia said its jets had helped force the militants out of the city centre overnight while Syria's army only acknowledged there was a large offensive by the militants from several fronts near a major grain silo 10 km east of the city.

Amaq, a news agency linked to Islamic State (ISIS), said the militants had captured the ancient Crusader Castle that overlooks the city and were back in control of Palmyra, an account backed by the British-based Syrian Observatory for Human Rights, which monitors the conflict.

Palmyra, the site of a Roman-era city and spectacular ruins in the centre of Syria, has become an emblematic battleground in a civil war now in its sixth year. Forces allied to Syria's government first recaptured the city from Islamic State in March, a victory held up as a major turning point in the war and the biggest reversal for the militants since Russia's intervention to support Damascus.

But Islamic State militants launched a surprise advance on the city on Thursday, taking control of nearby oil and gas fields and pushing towards the T4 airbase, one of Syria's largest, which is used by Russian forces, the Observatory said.

Russia's defence ministry said its jets had launched 64 strikes and killed more than 300 militants overnight, helping the Syrian army push the main force back. More than 4,000 Islamic State militants had since regrouped and launched a second attack on Sunday, Russian news agencies cited Moscow's monitoring centre in Syria as saying.

Amaq said the group had expanded its control of areas around the desert city on Sunday and seized al-Bayarat, the Tadmur triangle area to its west, and took control of the nearby Hayan gas field.

They claimed Islamic State militants had seized 30 Russian tanks, large quantities of surface-to-surface Grad missiles, ammunitions and tanks shells and killed around 120 Syrian troops, a figure that corresponds to the toll cited by the Observatory.