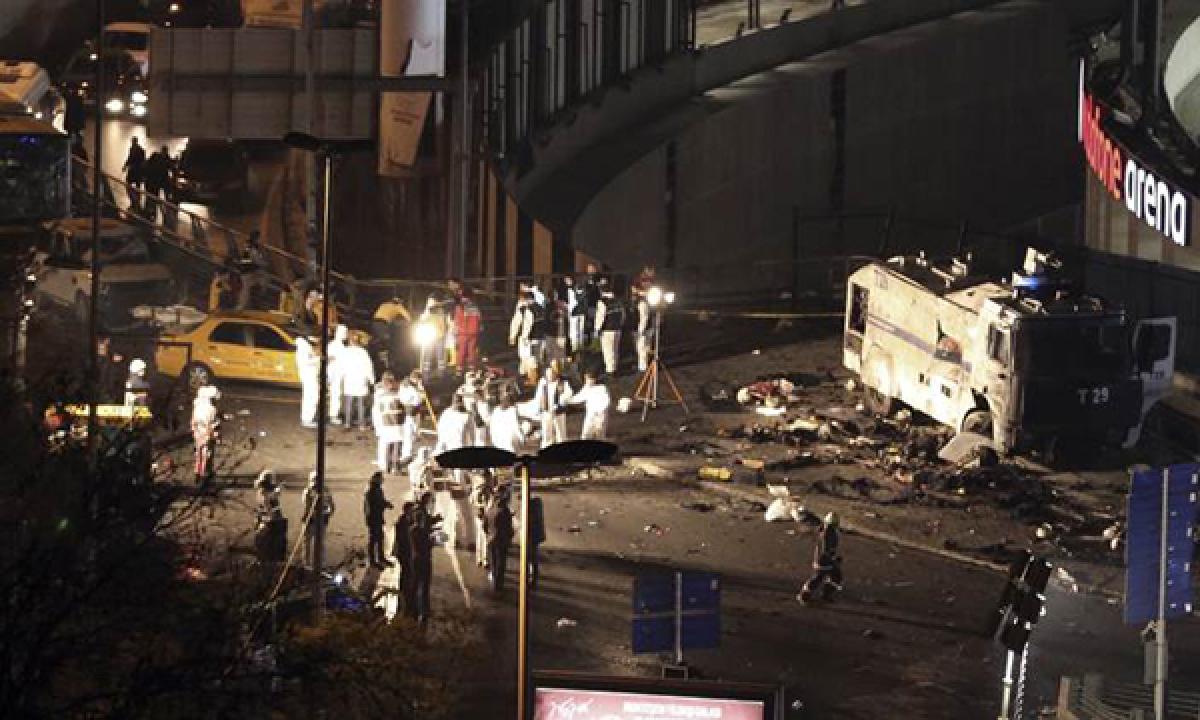 Turkish police have detained 118 members of the pro-Kurdish People-'s Democratic Party (HDP) in several operations carried out in five districts, a...

The party members were arrested on Sunday night on charges of spreading propaganda on behalf of the outlawed Kurdistan Workers Party (PKK), Efe news reported.

The Kurdistan Freedom Hawks, a Kurdish militant group linked to the PKK, had claimed responsibility for the deadly attacks, Turkish media said.

The group had previously taken credit for some bombing attacks in Istanbul, Ankara and other cities in Turkey.

The blasts happened near the Besiktas stadium one-and-half hours after a football match ended there, and were caused by a car bomb and a suicide bomber.

Thirty police officers, seven civilians and an unidentified person were among the dead, while 155 were wounded.

Turkey had declared a day of national mourning on Sunday for the victims.