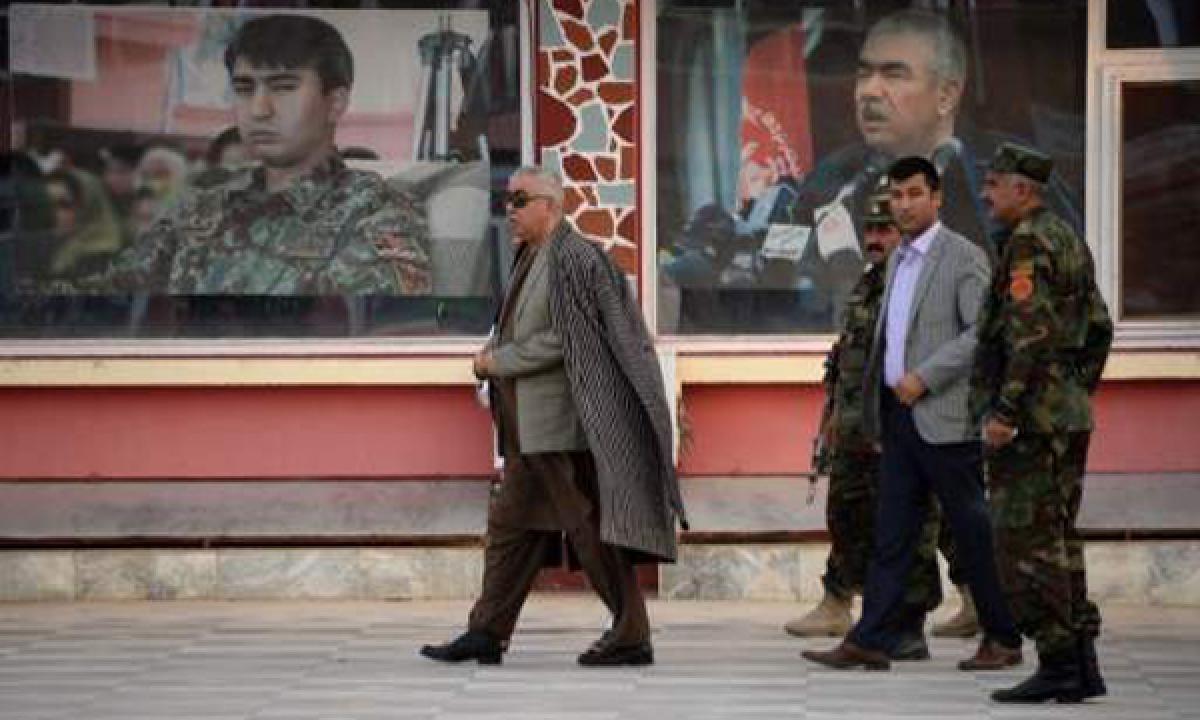 Afghanistan-'s First Vice President Abdul Rashid Dostum denied on Tuesday accusations that he had beaten and abducted a political rival and threatened...

Afghanistan's First Vice President Abdul Rashid Dostum denied on Tuesday accusations that he had beaten and abducted a political rival and threatened him with sexual violence, in a case that sparked Western calls for a full and fair investigation.

Dostum, a former warring faction commander with a fearsome reputation and a lingering power base in northern Afghanistan, was witnessed by hundreds of people, according to The New York Times, beating and then ordering his men to detain Ahmad Ishchi at a public sporting event in late November. Ishchi was once a member of the same political faction as Dostum but later fell out with him.

Reuters has been unable to confirm independently the accusations made by Ishchi against Dostum. "He (Ishchi) was detained by Afghan security forces for allegations of funding the opposition and having a hand in repeated security issues," a spokesperson for Dostum said in a statement, denying any physical or sexual abuse had taken place. "For some time there has been a destructive movement by some unknown circles against the First Vice President," it added.

While imprisoned by Dostum's men, Ishchi told Reuters he was repeatedly beaten, including by rifles, and threatened with sexual violence. After being held by men loyal to Dostum for five days, Ishchi said he remained for another 10 days with security forces who provided medical aid.

"NOBODY IS ABOVE THE LAW"

Pledging an investigation into Ishchi's claims, Afghan presidential spokesman Haroon Chakhansori said: "For the Afghan government nobody is above the law. Rule of law and accountability begins in the government itself and we are committed to it."

Western embassies in Kabul expressed concern over the accusations. "The unlawful detention and reported mistreatment of Mr Ishchi by the First Vice President raises serious concerns," the US Embassy said in a statement. "We would welcome the Afghan government's move to swiftly investigate these allegations."

The European Union, Australia, Canada and Norway echoed its call.

Dostum joined Afghanistan's National Unity Government in 2014 in a bid by Ghani to attract the support of his mostly ethnic Uzbek constituency, but has been dogged by accusations of past human rights violations. Warring factions brought bloody chaos to Afghanistan after they forced the withdrawal of Soviet occupying forces in 1989.

In the 1990s, many Afghans initially welcomed the rise of the Taliban who defeated and largely banished the "warlord" factions. But some old faction commanders have made a comeback to positions of influence since the Taliban were ousted in 2001, to the dismay of many ordinary Afghans.