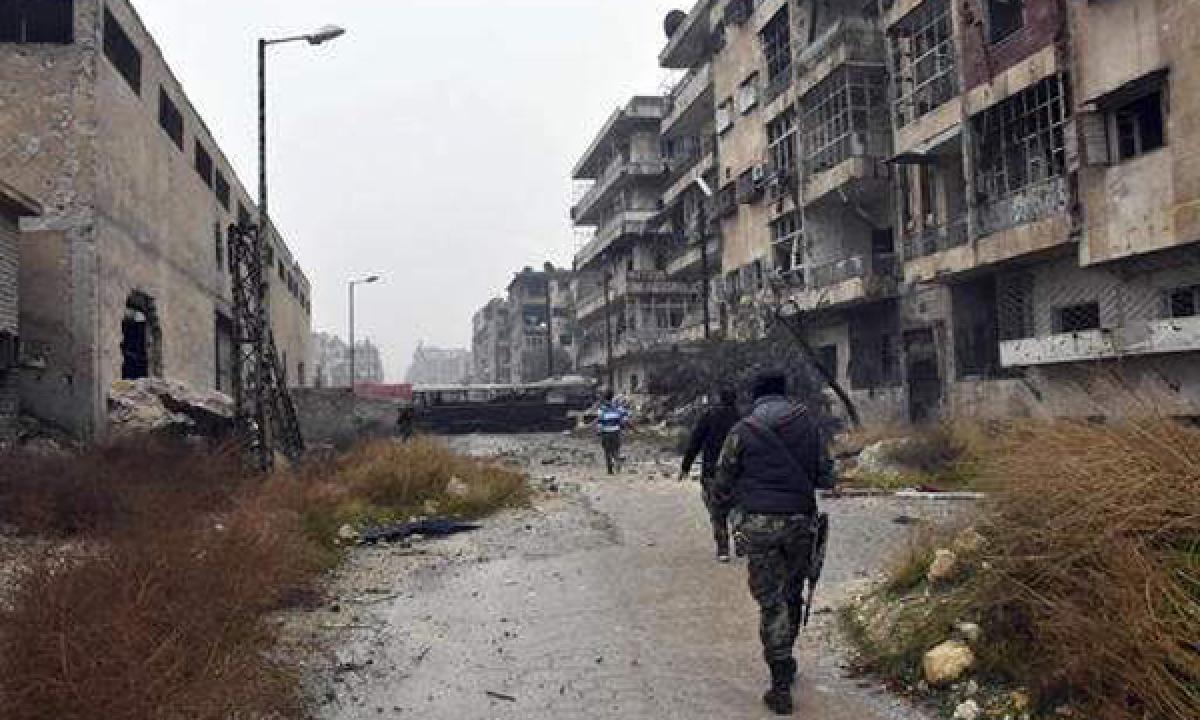 Syria-'s army resumed shelling the last rebel-held parts of Aleppo on Wednesday, a monitor said, ending hours of calm after a deal to evacuate...

Syria's army resumed shelling the last rebel-held parts of Aleppo on Wednesday, a monitor said, ending hours of calm after a deal to evacuate civilians and rebels was announced.

"This morning regime forces fired at least 14 shells onto the area held by the rebels for the first time since Tuesday," said Rami Abdel Rahman, director of the Syrian Observatory for Human Rights. Mortar fire was also heard on the front line between rebel- and regime-held areas," he said.

An AFP journalist in government-controlled west Aleppo heard the bombardment.

The renewed fighting came as the evacuation of thousands of civilians and rebel fighters from east Aleppo failed to begin as scheduled at dawn. Rebels and a source close to the regime said it had been put on hold.

The rebels now control only a tiny part of the eastern sector of the city which they seized in 2012. A blistering offensive launched in mid-November has seen pro-government forces retake more than 90% of it.