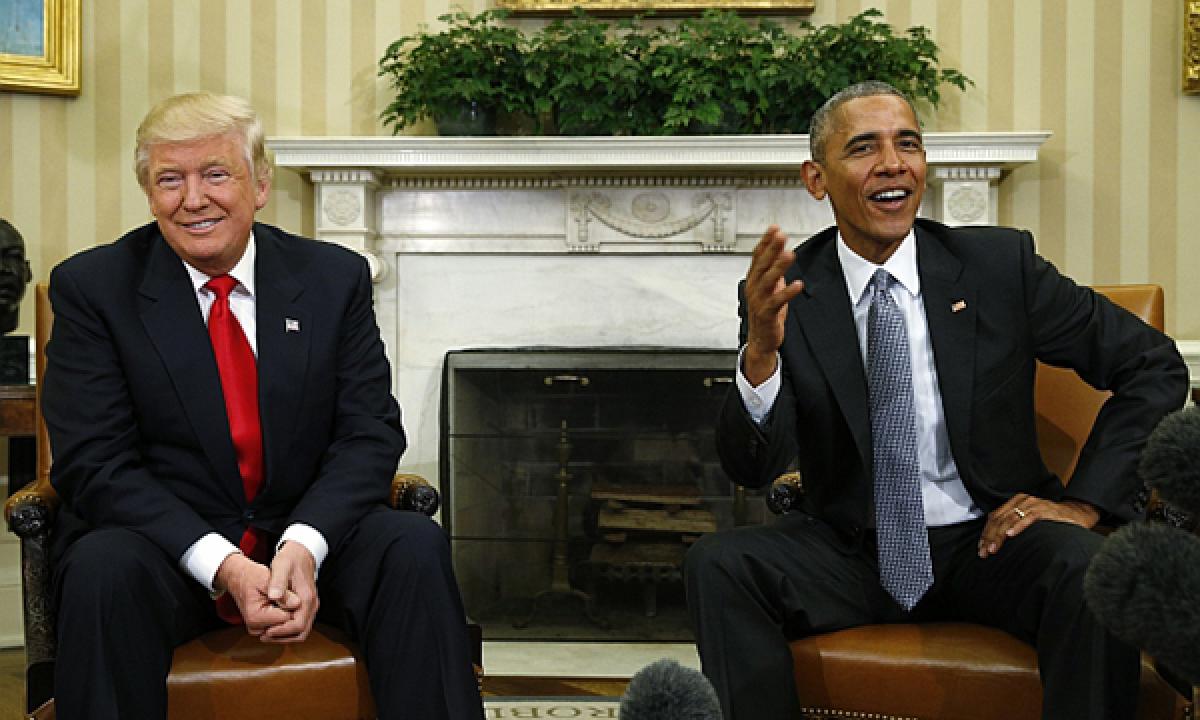 The United States (US) President-elect Donald Trump said on Friday his administration would build -'safe zones-' to try to help civilians trapped in...

The United States (US) President-elect Donald Trump said on Friday his administration would build "safe zones" to try to help civilians trapped in Syria's bloody conflict, an idea that President Barack Obama said would be too hard to enforce.

Trump and Obama spoke separately of the conflict after efforts to evacuate civilians from the city of Aleppo ground to a halt on Friday after weeks of bombardments by the Syrian army. "We're going to try and patch that up and we're going to try and help people," said Republican Trump, who takes over from Obama on January 20.

"We're going to build safe zones," he told supporters at a rally in Florida. "We're going to get the Gulf States to pay for the safe zones." However, Obama earlier said the idea presented a "continued challenge" because safe zones would require protection by ground forces, something to which the Syrian government and its backers in Moscow and Tehran would be unlikely to agree.

Obama said he hoped Syria and Russia would respond to international pressure over the tragedy and work with Turkey to let the remaining civilians in Aleppo flee safely. Obama, a Democrat, has been preoccupied with the Syrian conflict during much of his time in the White House but has steadfastly resisted calls to engage militarily and instead focused on trying to broker a diplomatic solution.

"I cannot claim that we've been successful. And so that's something that, as is true with a lot of issues and problems around the world, I have to go to bed with every night," Obama said on Friday.

Obama, who ran for office on a promise to bring US troops home from the Middle East, said US intervention would have run into problems "unless we were all-in and willing to take over Syria."

"Everything else was tempting because we wanted to do something and it sounded like the right thing to do, but it was going to be impossible to do this on the cheap," he said, defending his decision and blaming Syrian President, Bashar al-Assad for the bloodshed.

"Responsibility for this brutality lies in one place alone: with the Assad regime and its allies, Russia and Iran," he said. "This blood, and these atrocities, are on their hands."