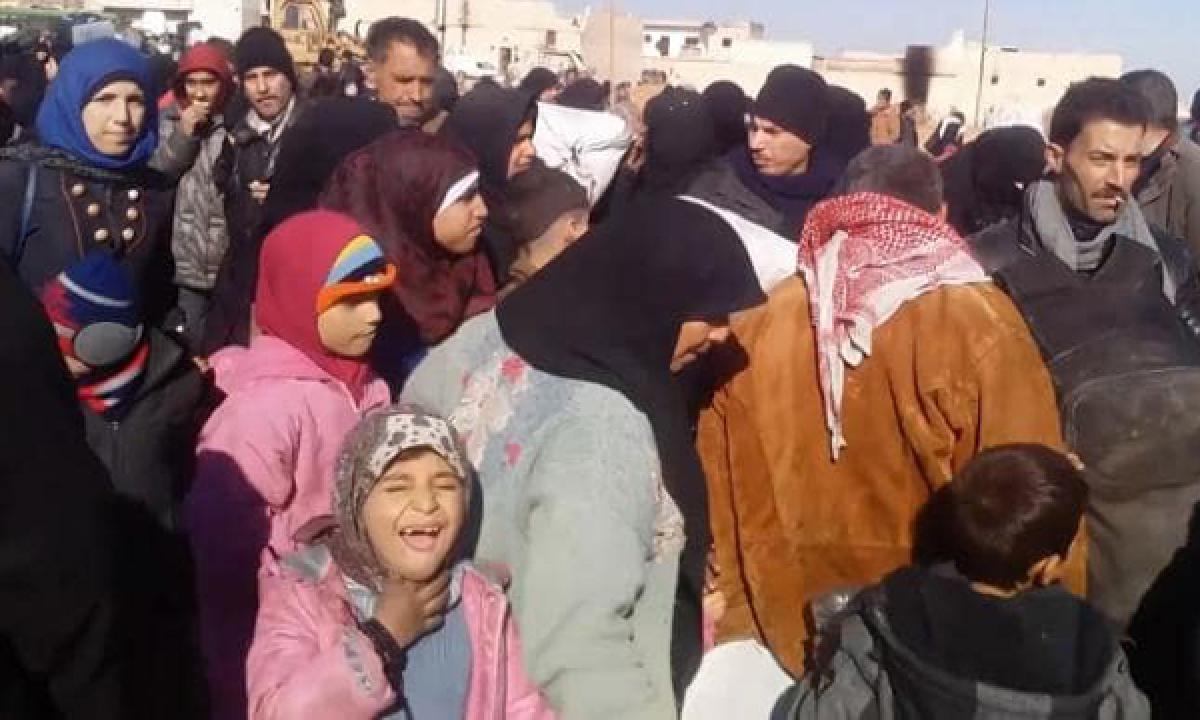 At least 3,500 people have left government-besieged areas in the northern Syrian city of Aleppo since the evacuation resumed Monday, a British war monitor said. Some 500 others left Shiite towns besieged by rebels as part of the same deal, it said, Efe news reported.  The Syrian Observatory for Human Rights (SOHR) on Monday said 65 buses left the final pocket of rebel-held territory in Syria\'s

Some 500 others left Shiite towns besieged by rebels as part of the same deal, it said, Efe news reported.

To the west, in Idlib, some 500 people left Fua and Kefraya which were encircled by fighters from the Front for the Conquest of the Levant (formerly known as the al-Nusra Front, the Syrian branch of Al-Qaeda).

The evacuation operations were organised by opposition-aligned Turkey, alongside pro-Syrian government Russia and Iran.

The evacuation of Aleppo was suspended on Friday when the ceasefire collapsed.

On Saturday, a new agreement was reached that included the evacuation of Fua and Kefraya, a clause pursued from the onset of negotiations by the Iranian militias fighting on Syrian soil.

On Sunday, the evacuations were thwarted again when Islamist fighters from the Jund al-Asqa group (a Nusra Front offshoot) burned the buses that had arrived to evacuate the besieged Shiite settlements.

According to SOHR estimates, by the time operations were halted on Friday, around 8,500 had left eastern Aleppo.

A doctor who remained in east Aleppo told Efe that some 50,000 people remained in the embattled rebel-district.

Aleppo was effectively divided in two, when it was drawn into the conflict in 2012.

For years opposition factions held on to the eastern districts, while Bashar al-Assad's government was largely restricted to the west.

Since the launch of the November 15 military advance by Assad troops (backed by Russian airstrikes and foreign militias on the ground) the Damascus government has recaptured the overwhelming majority of the ancient city.