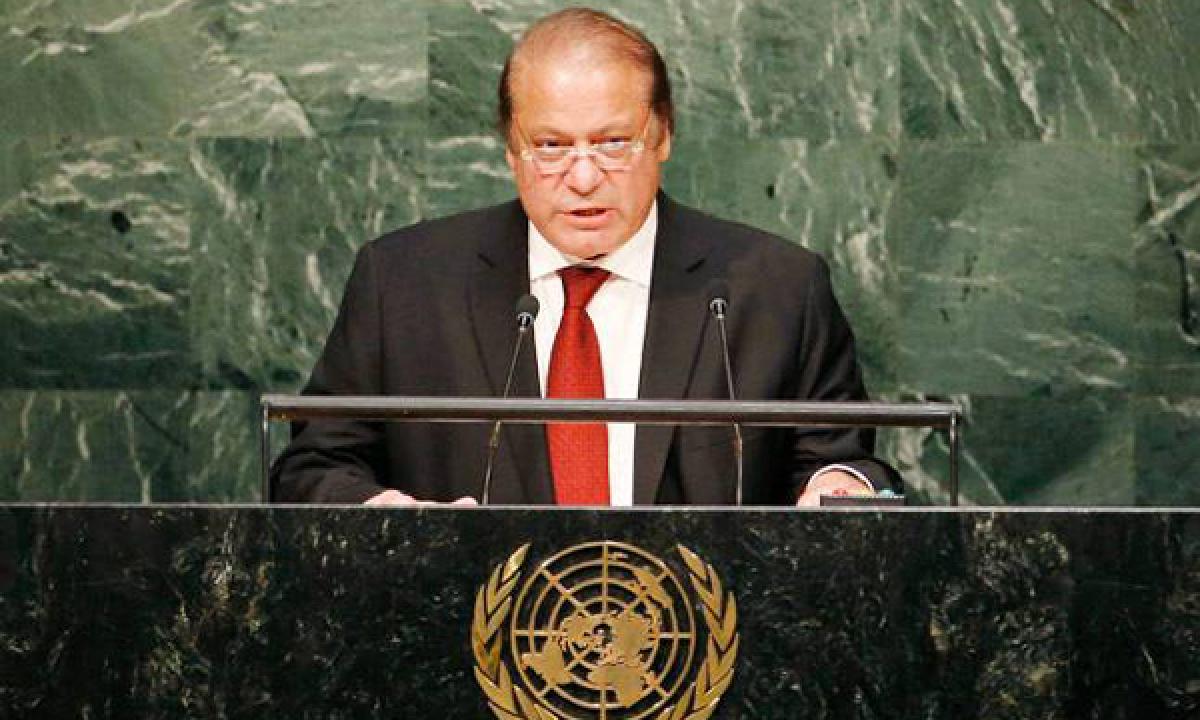 Pakistan has handed over a dossier on India\'s alleged \"interference\" in the country to new UN Secretary-General Antonio Guterres and asked the world body to play a role in \"restraining\" India from such activities. Pakistan\'s Permanent Representative to the UN Ambassador Maleeha Lodhi delivered the dossier on \"India\'s interference and terrorism in Pakistan\" in a meeting with the UN chief in United

United Nations:Pakistan has handed over a dossier on India's alleged "interference" in the country to new UN Secretary-General Antonio Guterres and asked the world body to play a role in "restraining" India from such activities.

"The dossier contains additional information and proof of Indian/RAW interference in Pakistan and involvement in terrorism particularly in Baluchistan, FATA and Karachi. This is a follow up to the three dossiers, which were shared with the United Nations in October 2015," the Pakistan Foreign Office said in a statement in Islamabad.

In the covering letter sent with the dossier, Aziz claimed that the arrest of "Indian RAW agent Kulbhushan Jadhav from Baluchistan and his confessional statement admitting involvement in activities aimed at destabilising Pakistan, and support to terrorist elements vindicated Pakistan's long-standing position about India's involvement in such activities."

He also claimed that India was carrying out these activities in clear contravention of the UN Charter and the resolutions of the UN Security Council on counter-terrorism and international conventions on terrorism.

Jadhav has been accused by Pakistan of planning "subversive activities" in the country. India has acknowledged that Jadhav had served with the navy but denied that he has any connection with the government.

India's "hostile intentions" towards Pakistan were also borne out by recent statements of its political and military leadership, Aziz was quoted as saying in the letter.

He claimed Pakistan had made a major contribution to global counter terrorism efforts and secured significant gains in its domestic fight against terrorism.

Aziz urged the Secretary-General and relevant UN bodies to seriously consider the matter in the light of information shared by Pakistan and play a role in "restraining India from these activities, which were in clear violation of international law and posed a threat to regional and international peace and security".

Dujarric was asked by a Pakistani journalist at the news briefing if the new Secretary-General would talk to Indianauthorities about tensions on the border with Pakistan.

The spokesperson responded he did not have "anything new to add to our well-worn and well-stated policy, but if anything changes, I will let you know".

The Foreign Office statement said, "Pakistan continues to desire peace with all its neighbours including India. It is convinced that the common objectives of economic development and prosperity for our people can best be promoted through regional cooperation, conflict resolution and peaceful settlement of disputes,"

"At the same time, however, Pakistan will resolutely defend its territorial integrity and take all necessary measures to counter any threat to its security," it said.