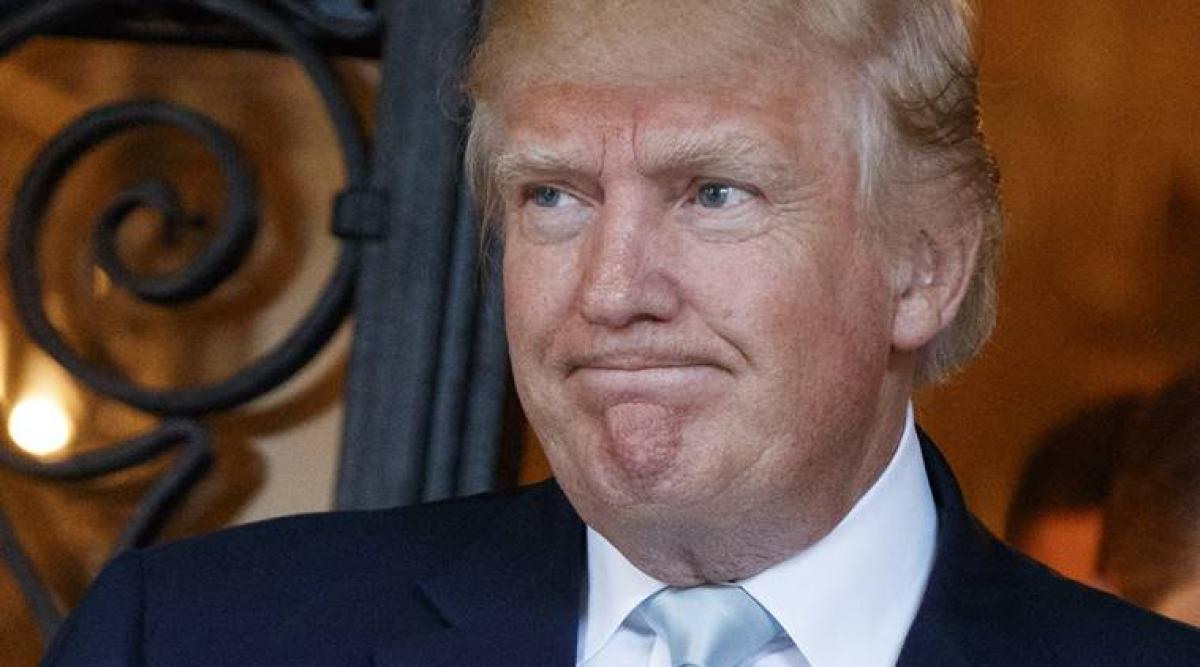 President-elect Donald Trump accepted the US intelligence community\'s conclusion that Russia engaged in cyber attacks affecting the US presidential election and may take actions in response, his incoming chief of staff said on Sunday.

Washington: President-elect Donald Trump accepted the US intelligence community's conclusion that Russia engaged in cyber attacks affecting the US presidential election and may take actions in response, his incoming chief of staff said on Sunday.

Reince Priebus said Trump believes Russia was behind the intrusions into the Democratic Party organizations, though he did not clarify whether the president-elect agreed that the hacks were directed by Russian President Vladimir Putin.

"He accepts the fact that this particular case was entities in Russia so that's not the issue," Priebus said.

Priebus' comments marked a significant shift away from the repeated dismissals by Trump of Russian interference in the presidential election. The Republican president-elect has rebuffed claims that Russia was behind the hacks or was trying to help him win, saying the intrusions could have been carried out by China or a 400-pound hacker on his bed.

It was the first acknowledgment from a senior member of the president-elect's team that Trump has accepted that Russia directed the hacking and subsequent disclosure of Democratic emails during the 2016 presidential election.

With less than two weeks to his inauguration, Trump has come under increasing pressure from fellow Republicans to accept intelligence community findings on Russian hacking and other attempts to influence the election. A crucial test of Republican support for Trump comes this week with the first confirmation hearings of his Cabinet picks.

The report concluded vote tallies were not affected by Russian interference but did not assess whether it influenced the outcome of the Nov. 8 vote in other ways.

Action may be taken

In a statement on Friday after receiving a briefing from leaders of the US intelligence agencies, Trump did not refer specifically to Russia's role in the presidential campaign.

Priebus, the former Republican National Committee chairman who Trump picked to be his chief of staff, said Trump plans to order the intelligence community to make recommendations as to what should be done. "Action may be taken," he said, adding there was nothing wrong with trying to have a good relationship with Russia and other countries.

Republican lawmakers pushed back on Sunday on the strategy of cozying up to Putin.

Appearing on NBC's "Meet the Press," Senators Lindsey Graham and John McCain said evidence was conclusive that Putin sought to influence the election - a point that Trump has refuted.

"In a couple weeks, Donald Trump will be the defender of the free world and democracy," Graham said. "You should let everybody know in America, Republicans and Democrats, that you're going to make Russia pay a price for trying to interfere."

US Representative Devin Nunes, the Republican chairman of the House Intelligence Committee, said it would be nice to make friend with Putin but three US presidents have tried and failed.

"I’m just not sure it’s possible," Nunes said on "Fox News Sunday" program. "I’ve cautioned his administration to be careful with Putin, as he remains a bad actor."

The ranking Democrat on the committee, Adam Schiff, said it was alarming to Democrats and Republicans to hear the president-elect continue to speak in terms of "making nice" with Putin.

"It's not realistic and we need to be clear eyed and sober about just what the Russians are about," Schiff said on CNN's "State of the Union."