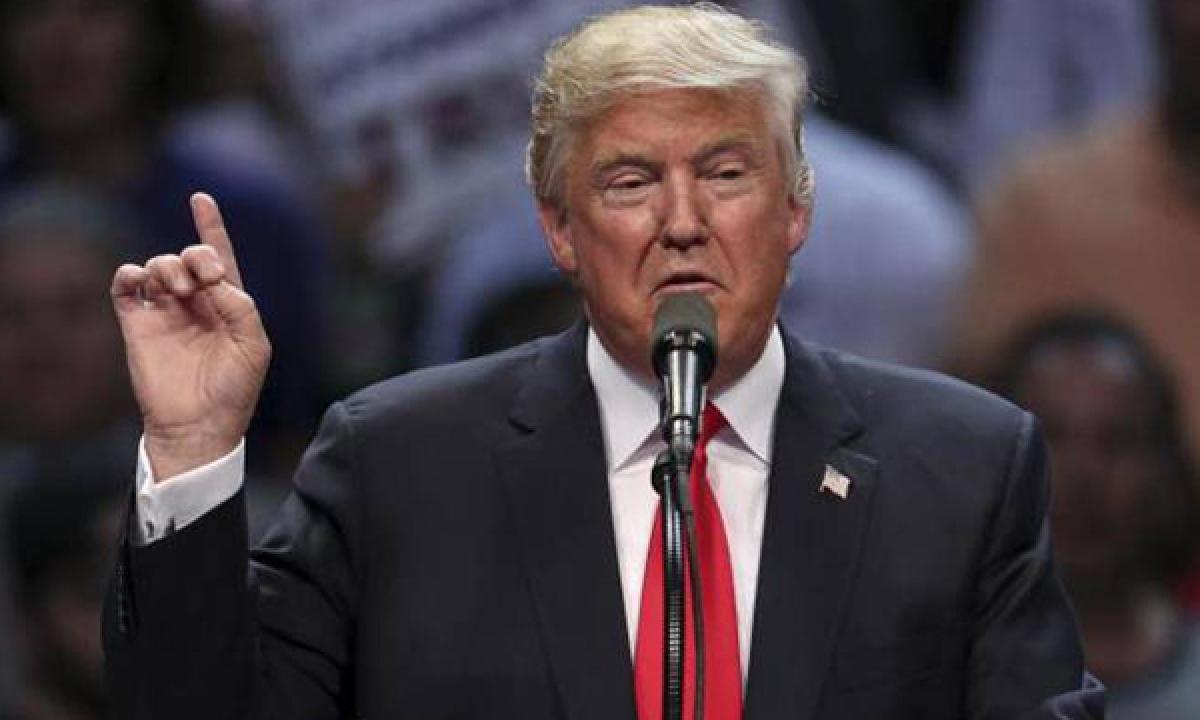 Donald Trump tore into civil rights legend John Lewis on Saturday for questioning the legitimacy of the Republican billionaire’s White House victory, intensifying a feud with the black congressman days before the national holiday honoring Martin Luther King Jr.,  Trump tweeted that Lewis, D-Ga., “should spend more time on fixing and helping his district, which is in horrible shape and falling

Donald Trump tore into civil rights legend John Lewis on Saturday for questioning the legitimacy of the Republican billionaire’s White House victory, intensifying a feud with the black congressman days before the national holiday honoring Martin Luther King Jr., Trump tweeted that Lewis, D-Ga., “should spend more time on fixing and helping his district, which is in horrible shape and falling apart (not to mention crime infested) rather than falsely complaining about the election results.” The incoming president added: “All talk, talk, talk – no action or results. Sad!”

Lewis, among the most revered leaders of the civil rights movement, suffered a skull fracture during the march in Selma, Alabama, more than a half-century ago and has devoted his life to promoting equal rights for African-Americans.

The weekend clash highlighted the sharp contrast between how many African-Americans view Trump’s inauguration compared with Barack Obama’s eight years ago.

It also demonstrated that no one is immune from scorn from a president-elect with little tolerance for public criticism. Trump has found political success even while attacking widely lauded figures before and after the campaign _ a prisoner of war, parents of a slain U.S. soldier, a beauty queen and now a civil rights icon.

Lewis, a 16-term congressman, said Friday that he would not attend Trump’s swearing-in ceremony at the Capitol next Friday. It would mark the first time he had skipped an inauguration since joining Congress three decades ago.

“You know, I believe in forgiveness. I believe in trying to work with people. It will be hard. It’s going to be very difficult. I don’t see this president-elect as a legitimate president,” Lewis said in an interview with NBC’s “Meet the Press” set to air Sunday.

“I think the Russians participated in helping this man get elected. And they helped destroy the candidacy of Hillary Clinton,” Lewis said.

Lewis’ spokeswoman, Brenda Jones, declined to respond to Trump and said the lawmaker’s “opinion speaks for itself.”

“We as a nation do need to know whether a foreign government influenced our election,” she said.

US intelligence agencies have said that Russia, in a campaign ordered by President Vladimir Putin, meddled in the election to help Trump win. After spending weeks challenging that assessment, Trump finally accepted that the Russians were behind the election-year hacking of Democrats. But he also emphasized that “there was absolutely no effect on the outcome of the election including the fact that there was no tampering whatsoever with voting machines.”

The Democratic Party of Georgia called on Trump to apologize to Lewis and the people of his district.

“It is disheartening that Trump would rather sing the praises of Vladimir Putin than Georgia’s own living social justice legend and civil rights icon,” state party spokesman Michael Smith said.

Trump continued to jab Lewis on Saturday night, charging that the congressman “should finally focus on the burning and crime infested inner-cities of the US.”
“I can use all the help I can get!” Trump tweeted.

Yet the president-elect’s assertion that Lewis’ district is “falling apart” and “crime infested” is hard to prove.

Georgia’s 5th Congressional District includes the Atlanta metro region, which is considered one of the nation’s fastest-growing areas. Its crime and poverty rates are higher than the national average.

Crime statistics for the specific district are not measured by the federal government. Atlanta officials have reported a significant drop in crime in recent years, although they created a gun violence task force last year to address an increase in murders.

The district has an 8.2 percent unemployment rate, and the median household income is about $48,000, according to the Census Bureau.

The area covers part of the upscale Atlanta neighborhood of Buckhead, along with the headquarters for Fortune 500 companies such Coca-Cola and Delta Air Lines, Emory University, Georgia Tech, several historically black colleges and universities and the Hartsfield-Jackson Atlanta International Airport, one of the world’s busiest.