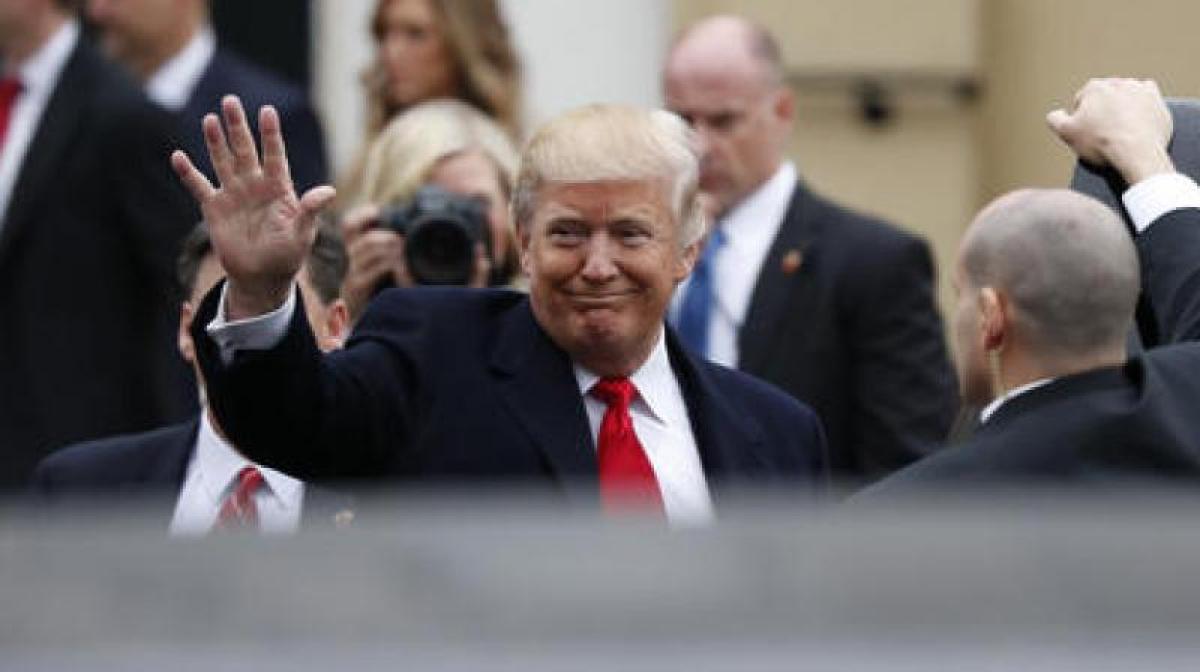 As of today afternoon, the 45th President of the United States was not following anyone and had only one tweet in his account. In his maiden tweet, Trump gave Facebook link of his live inaugural speech.

Till early this morning, the official twitter account of the President of the United States was handled by Barack Obama, who passed on the baton to Trump exactly at noon.

All the tweets of Obama in his capacity as the US President has now been archived under a new account @POTUS44.

POTUS44 account is now being maintained by National Archives and Records Administration. The brief introduction of Trump on his official twitter account says that 45th President of the United States is "working on behalf of the American people to make our country great again."

Tweets may be archived, it says. Trump, of late has generated lots of news and controversies from the series of tweets he writes every day, and mostly early in the morning.

His personal twitter account @realdonaldtrump has 20.7 million followers. He has written 34,300 tweets after joining this social media in March 2009.

On his personal account, he follows 42 accounts mostly those of his family members, Trump organisations, a few journalist and Republican leaders.

India's Prime Minister Narendra Modi, who joined the micro blogging site in January 2009 -- less than three months before Trump ? has 26.5 million followers. He has tweeted ? 13,800 times -- far less than that of Trump.