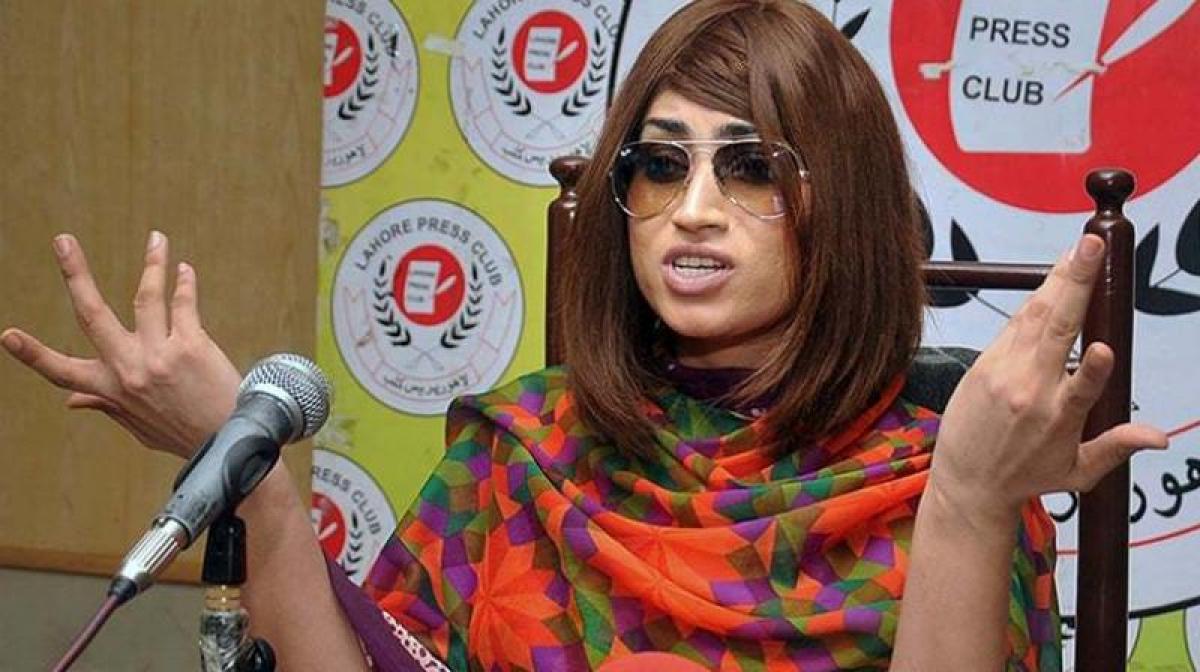 Pakistani police said they filed a criminal case against the parents of slain social media celebrity Qandeel Baloch, alleging they were bribed to...

Pakistani police said they filed a criminal case against the parents of slain social media celebrity Qandeel Baloch, alleging they were bribed to change their testimony to protect one of two sons facing trial in her suspected 'honour killing'.

Baloch, an avowed feminist whose raunchy photos posted online challenged social norms in Pakistan, was found strangled in July at her parents' home in Muzzafarabad, a village near the city of Multan in eastern Punjab province.

Her death drew renewed attention to the practice, widespread in Pakistan, of relatives killing women thought to have brought shame on their family. The government has since tightened legislation against such 'honour killings', including removing the right of families to forgive those responsible.

Baloch's parents, Muhammad Azeem and Anwar Bibi, had originally implicated two of their sons in the killing, but in court proceedings on Wednesday they said their elder son, Aslam Shaheen, was not involved.

In a First Information Report (FIR), which marks the formal opening of a criminal investigation, Muzzafarabad police officer Allah Bakhsh alleged seeing Baloch's parents receive an envelope from Aslam Shaheen outside the courthouse in Multan, where the murder case is being heard.

"He told them that he has fulfilled their demand. Now, they should record their statement in the court in his favour," reads the FIR, indicating that the parents had taken a bribe to change their testimony.

"We had wrongly nominated Aslam Shaheen in Baloch's murder case. It was the outcome of anger," Muhammad Azeem and Anwar Bibi told a news conference outside their home.

Baloch received frequent online abuse including death threats before her murder but refused to back down, writing in one Facebook post about changing "the typical orthodox mindset" of people in Pakistan.