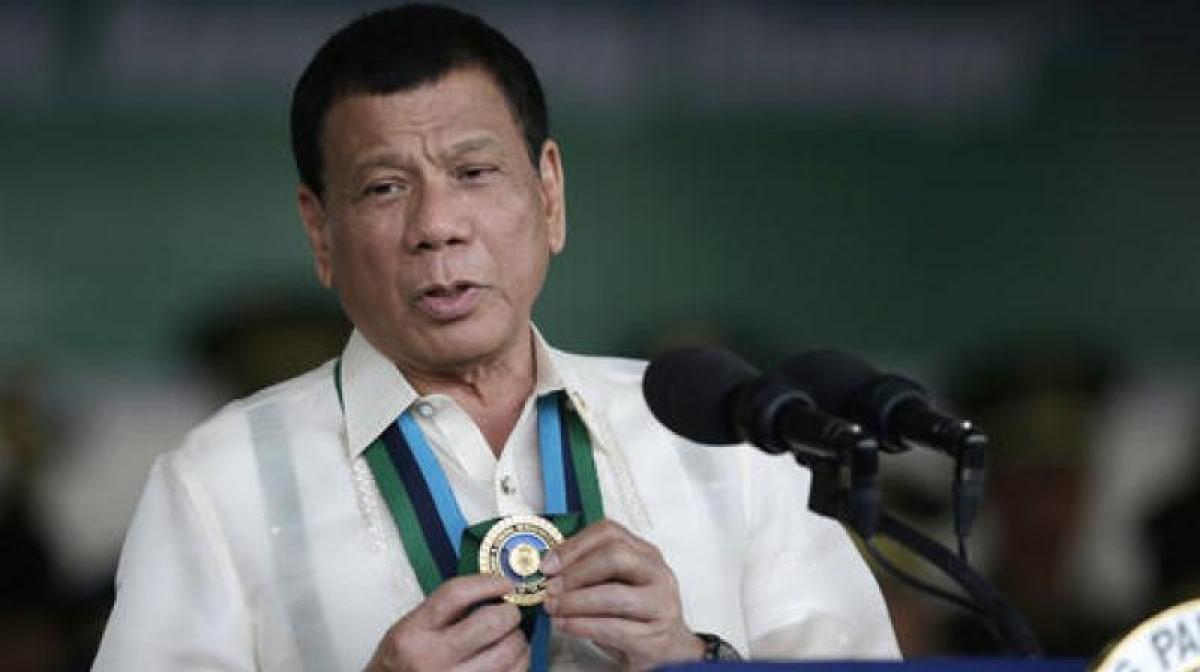 Philippine President Rodrigo Duterte on Monday admitted widespread corruption in the police force that is waging his deadly war on drugs, but extended the crackdown until the last day of his term in 2022.

Philippine President Rodrigo Duterte on Monday admitted widespread corruption in the police force that is waging his deadly war on drugs, but extended the crackdown until the last day of his term in 2022.

Duterte announced plans to "cleanse" the police force, including suspending anti-drug units, after a series of scandals in which officers were caught committing murder, extortion and robbery while using the drug war as cover.

"You policemen are the most corrupt. You are corrupt to the core. It's in your system," Duterte told reporters as he railed against the anti-drug officers who allegedly masterminded the murder of a South Korean businessman.

His comments came seven months after he took office and immediately made police the frontline troops in his plans to wipe out the illegal drug trade that he said was threatening to turn the Philippines into a narco state.

Since then, police have reported shooting dead more than 2,500 people they have accused of being drug suspects, alleging on every occasion they had to open fire in self-defence.

Human rights groups and relatives of some of the victims have alleged police frequently kill defenceless people, and often plant drugs and a gun on the bullet-riddled corpse.

Nearly 4,000 other people have died in unexplained circumstances in the crackdown, according to official figures.

Many of those victims have had signs placed on them labelling them drug traffickers or users.

Duterte won the presidential elections largely on a law-and-order platform, headlined by a vow to eliminate the illegal drug trade in three to six months.

He promised that 100,000 people would be killed and so many bodies would be dumped in Manila Bay that the fish would grow fat from feeding on them.

Once in office Duterte extended the timeframe of the drug war until March of this year, but on Monday he said there would be no end while he was in power.

"I will extend it to the last day of my term," Duterte said.

In the Philippines, presidents are allowed to serve only a single term of six years.

Following Duterte's comments at a press conference just after midnight, national police chief Ronald Dela Rosa announced that all the anti-drug units across the country had been deactivated.

"No more anti-drug operations. We have to focus our efforts towards internal cleansing," Dela Rosa said.

However Duterte emphasised repeatedly that the drug war would continue as long as he was in power, and he did not state that police would stop trying to eliminate drugs.

Duterte also said the military and the Drug Enforcement Agency, which is under the president's office, would become more involved.

Critics seized on Duterte's admission that the police force was extremely corrupt and must be cleansed as proof he made a huge mistake that had cost thousands of lives.

"We started out with a drug problem, and here we are with mass serial killings and kidnap-for-ransom groups that shamelessly operate from even within the police ranks," said Senator Leila de Lima, a former justice secretary.

Duterte, a firebrand lawyer, repeatedly told police during the election campaign and after assuming the presidency that he would shield them from prosecution if they killed people as part of the crime war.

He also told police at Dela Rosa's birthday party this month he would tolerate them engaging in illegal activities to earn "sideline" money, as long as that did not involve drugs.

Duterte said at the party he sympathised with the police for receiving such low salaries, and understood that they needed to get more income from other ways.

"I mean I'm not saying that we have to do illegal things. What I'm saying is that until such time that we (the government) can give you more and somebody offers to help, take it," he said.