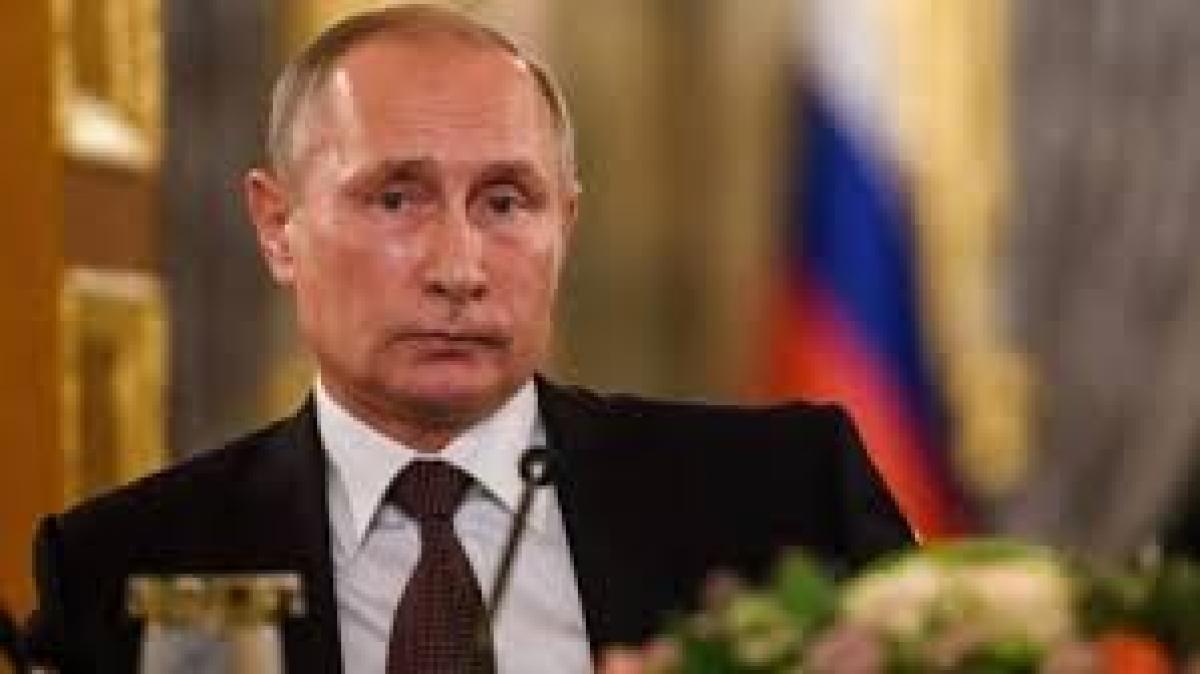 Top Russian opposition leader Alexei Navalny was found guilty on Wednesday of embezzlement and given a five-year suspended sentence that threatens to...

Top Russian opposition leader Alexei Navalny was found guilty on Wednesday of embezzlement and given a five-year suspended sentence that threatens to end his bid to challenge President Vladimir Putin in a presidential poll next year.

A judge in the provincial city of Kirov found the Kremlin critic and anti-corruption campaigner guilty on a charge that he insists is aimed at knocking him out of the election expected in March 2018.

Navalny, 40, announced in December that he would run for president, with Putin widely expected to compete and win a fourth term despite not announcing his candidacy yet.

Russian law bans people serving such a sentence from standing for office but the fierce Kremlin critic pledged to appeal the verdict and insisted he would keep on campaigning.

"According to the constitution I have a full right to take part in the elections and I will do that," Navalny said after the verdict.

"I will continue to represent the interests of people who want to see Russia a normal, honest and non-corrupt country."

He condemned the verdict as a "telegram from the Kremlin".

"Putin and his gang of thieves fear meeting us in elections," he wrote on Twitter. "And they are right: we will win."

The court was holding a retrial after Navalny and his co-defendant, businessman Pyotr Ofitserov were convicted of alleged embezzlement in 2013.

They allegedly defrauded the Kirov regional budget of 16 million rubles ($270,000, 253,000 euros) in a timber deal when Navalny was working as an advisor to the governor.

The European Court of Human Rights last year quashed the 2013 ruling, saying the men did not have a fair trial.

But Russia's supreme court then ordered that Navalny and Ofitserov face a retrial.

The judge on Wednesday gave Navalny and Ofitserov exactly the same sentences as before and used almost identical wording in a ruling he read out over more than three hours.

The judge however took into account the years that the men served from their suspended sentences before the ECHR ruling last year.

This means Navalny's suspended sentence will run out in about 18 months, his lawyer Olga Mikhailova told journalists.

While Navalny insists he has enough legal avenues to overturn any ban on him running, the conviction should in theory now disqualify him from standing for president.

If that happens it would eliminate the most prominent and eloquent representative of the marginalised opposition to Putin.

For the Kremlin, letting Navalny stand would be a "big risk" as Putin must soon start looking for a successor, political analyst Alexander Morozov wrote in a comment for RBK news site.

"Now the Kremlin only responds with police measures. Political dialogue is recognised as impossible," he wrote.

The Kremlin has denied it is behind the case against Navalny, and Putin's spokesman Dmitry Peskov rejected claims that Navalny's possible exclusion would make the 2018 poll less legitimate.

"As for how it will look, here we don't consider any fears to be appropriate," Peskov said.

In a legal confusion that Navalny hopes to exploit, the Russian constitution says anyone who is not in prison can stand for election.

Lawyer Vadim Kudryavtsev, who was not representing Navalny, told Kommersant FM radio that Navalny will be unable to stand if he loses his appeal, however.

If Navalny then takes his case back to the ECHR he is likely to win and get the verdict annulled again, the lawyer added.

The 2013 verdict in Kirov forced Navalny to step away from frontline politics and concentrate on digging up compromising information on the lavish lifestyles of top politicians and officials.

The lawyer came to fame with punchy oratory at mass rallies in 2011 and 2012 against Putin's return to the Kremlin.

He was runner-up in Moscow's 2013 mayoral race after taking to the streets with a Western-style campaign against a Kremlin-backed incumbent. At the time he was appealing against the first Kirov verdict so was not formally convicted.

The end of Navalny's trial comes as another member of Russia's marginalised opposition, Vladimir Kara-Murza, is in a coma with organ failure after suffering an "acute poisoning" last week, his wife said.

So far there has been no confirmation of foul play over the incident, which comes two years after an earlier suspected poisoning nearly killed Kara-Murza.