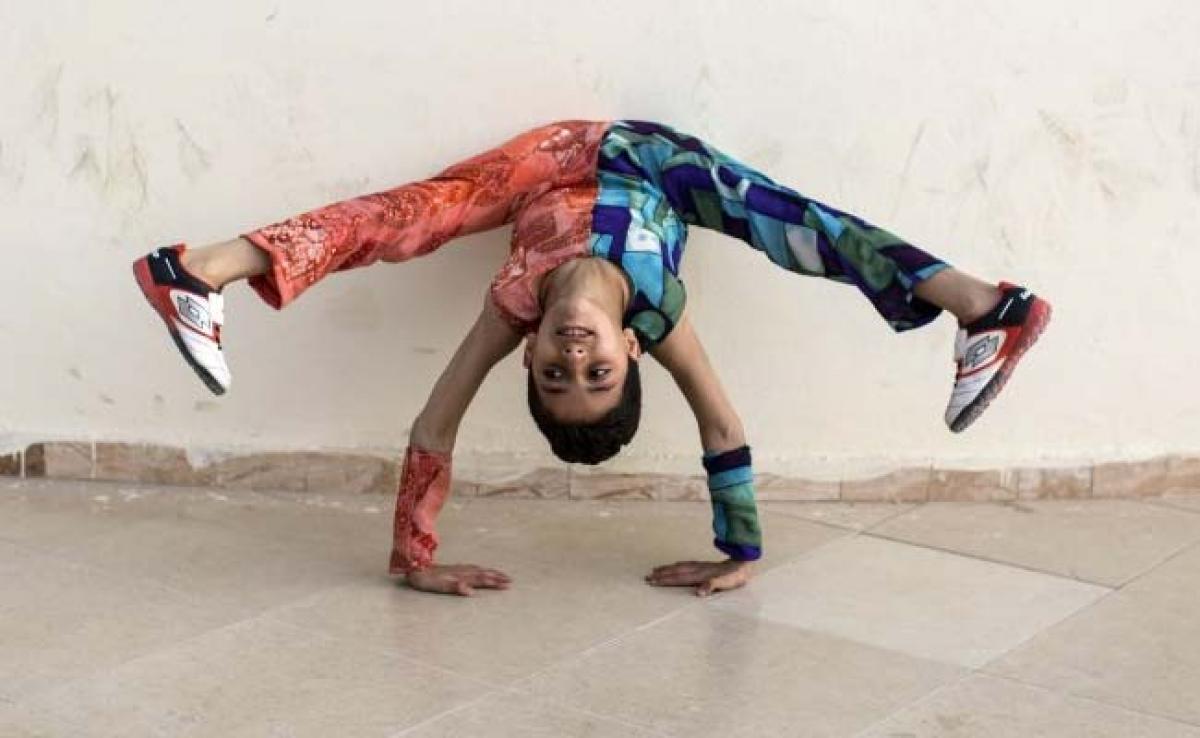 A young Palestinian contortionist known in Gaza as -'Spider-Man-' has entered the Guinness book of records, his trainer said on Thursday. The...

A young Palestinian contortionist known in Gaza as "Spider-Man" has entered the Guinness book of records, his trainer said on Thursday. The 13-year-old, Mohammad al-Sheikh, broke the record for the most full body revolutions maintaining a chest stand in one minute, Mohammed Loubbad told AFP.

The move involves lying on the chest, bending the back to put the feet in front of the head then rotating the hips to run the feet in laps around the body.

"Mohammad al-Sheikh set the record by performing 38 laps around his body in one minute. He beats the previous record, which was 29 laps," Loubbad said.

A team from Guinness World Records was planning to visit the small coastal enclave to see the attempt but it has been subject to a tight Israeli blockade for 10 years, he said.

Instead, the attempt took place in Amman, Jordan.

Neither Sheikh's mother nor his trainer received Israeli permission to leave the Gaza Strip, so he travelled with another adult.

But those obstacles did not dampen his trainer's determination.

"We are preparing another three record attempts," said Loubbad, who has been working with Sheikh for three years.

"He has received invitations to competitions and shows in several countries," he said.

That is a bright prospect for the youngster who, says his trainer, fears returning and being "buried" in Gaza.

What is Skullbreaker Challenge? Here's why you should never think of trying it

KSRTC Bus conductor held for allegedly harassing and molesting a...