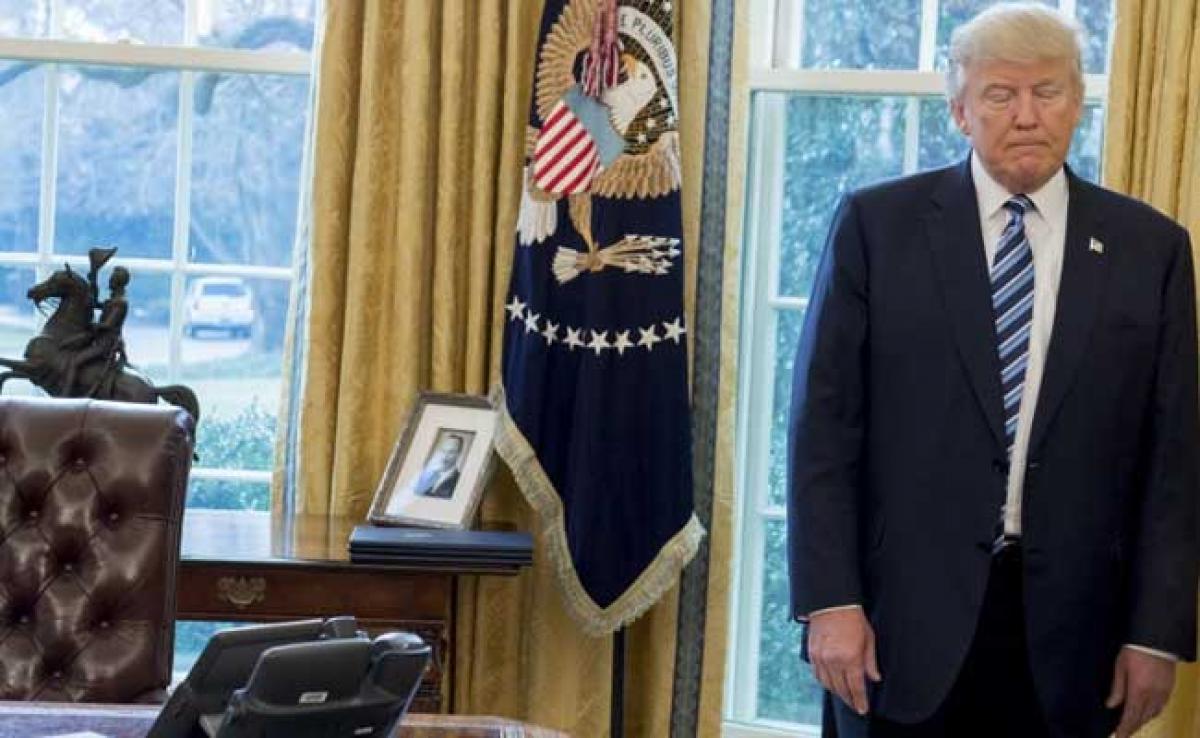 US President Donald Trump said on Friday he is confident his administration will prevail in the legal battle over his controversial immigration order, while pledging to move quickly on additional security measures.

US President Donald Trump said on Friday he is confident his administration will prevail in the legal battle over his controversial immigration order, while pledging to move quickly on additional security measures. An appellate court decided unanimously on Thursday to maintain a block on Mr Trump's order barring refugees and nationals from seven predominantly Muslim countries from entering the United States - a ruling Mr Trump denounced as "disgraceful."

But Mr Trump skirted the setback at a news conference with visiting Japanese Prime Minister Shinzo Abe, while vowing to do "whatever is necessary to keep our country safe."

"We'll be doing something very rapidly having to do with additional security for our country. You'll be seeing that sometime next week," the president said.

"In addition we will continue to go through the court process, and have no doubt we'll win that particular case," he said.

It was unclear from his comments how he intends to proceed.

The case is seen as likely to be appealed to the Supreme Court, although it could go back for further review in the lower courts.

The measure - given with no notice - set off detentions of incoming travelers, protests at airports and international condemnation until a federal judge in Seattle stepped in and suspended the order a week later.

In upholding the suspension, the US court of appeals in San Francisco said Thursday the government had provided no evidence that any alien from the countries named in the order had carried out a terrorist attack on US soil.

"We hold that the government has not shown a likelihood of success on the merits of its appeal, nor has it shown that failure to enter a stay would cause irreparable injury," the three-judge appellate panel ruled.

Mr Trump's initial reaction came minutes later on Twitter: "SEE YOU IN COURT, THE SECURITY OF OUR NATION IS AT STAKE!"

He followed up on Friday with a tweet calling the court's ruling "a disgraceful decision!"

In the tweet, Mr Trump selectively quoted from a post on Lawfare, a blog on law and national security issues.

The quoted passage found it "remarkable" that the appellate panel "did not even bother to cite" a key US statute that authorizes the president to suspend entry to the United States of all or any class of aliens he deems detrimental to US interests.

The blog went on to conclude, however, that the appellate court reached the correct decision.

The decision was right, it said, "for the simple reason that there is no cause to plunge the country into turmoil again while the courts address the merits of these matters over the next few weeks."

At the news conference with Mr Abe, Mr Trump said that as president, he had learned of "tremendous threats to our country."

"We will not allow that to happen. We'll be going forward and continuing to do things to make our country safe. It will happen rapidly.