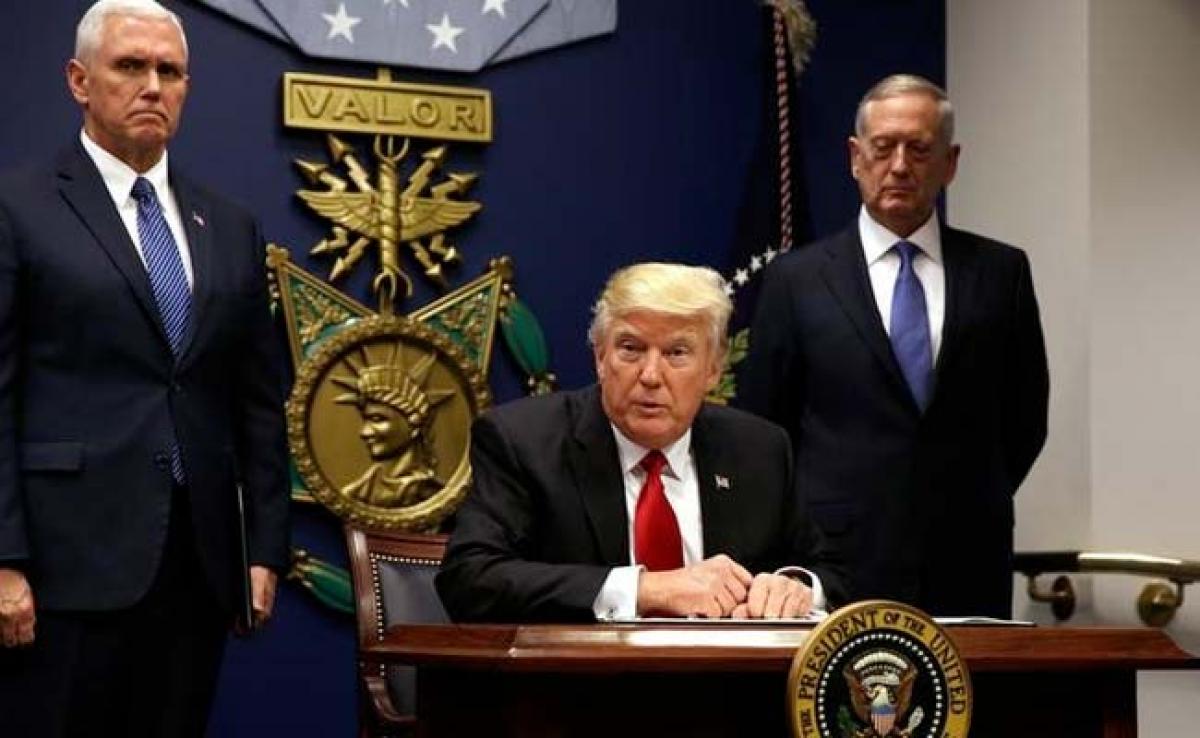 After his travel ban suffered two defeats in the US court system, President Donald Trump has vowed to continue his judicial fight -- but with the controversial measure now on shaky ground, it is likely to be an uphill battle.

After his travel ban suffered two defeats in the US court system, President Donald Trump has vowed to continue his judicial fight -- but with the controversial measure now on shaky ground, it is likely to be an uphill battle.

Trump's executive order -- issued on January 27 with no prior warning -- suffered two blows over the course of two weeks in western US courts.

Since then the president has proffered a variety of solutions, from taking the matter to the Supreme Court to simply writing a new executive order.

The president's decree, which temporarily barred nationals from seven mainly Muslim countries and refugees, was halted nationwide by a federal judge in Seattle on February 3 and last Thursday a three-judge panel in San Francisco declined to reinstate the ban.

Following the latter decision, Trump tweeted: "SEE YOU IN COURT, THE SECURITY OF OUR NATION IS AT STAKE!"

But the options available to him are not extremely appealing.

After a day of evaluating the best course of action, the White House Friday evening betrayed its understanding of this fact, expressing hesitation at taking the matter to the Supreme Court.

For Trump and his administration, the top court would be a risky bet, as it is currently divided evenly between four conservative and four progressive justices.

A tie vote would leave the San Francisco court's halt in place. And it would mark defeat at the highest level of the judiciary for the brand new president.

The high court is not the Trump administration's only legal option, however, and the White House could consider taking the case back to a lower level.

"We're keeping all our options open," one official said.

On Thursday, the three San Francisco judges who upheld the ban from the Ninth Circuit Court of Appeals only weighed in on whether the lower court's suspension should be upheld. In doing so, the judges only partially touched on the legal validity and underpinnings of the decree.

A possible hearing to delve further into these matters would be heard in a lower court rather than the Supreme Court.

As if there were not enough options on the table, Trump told reporters Friday while traveling on a plane to Florida that he would consider writing a totally new executive order.

"The unfortunate part is that it takes time statutorily, but we will win that battle. We also have a lot of other options, including just filing a brand new order," Trump said, adding that any action would not come before next week.

Regardless of the path Trump choses, the decision rendered in San Francisco on Thursday will carry substantial weight going forward: in their 29-page ruling, the judges expressed deep concerns with the measure.

In upholding the suspension, the three judges said that the government had provided no evidence that any foreigner from the countries named in the order had carried out a terrorist attack on US soil.

They also rejected the idea that the impact of the ban was light. Although the Trump administration reported that 109 people were held for questioning under the executive order, the court pointed to the thousands of visas that had been abruptly cancelled, hundreds of travelers forbidden from arriving in the United States and the detentions.

While the court sided against the administration's argument that the temporary ban was within the president's prerogative, it declined to decide whether the executive order discriminated against people from the seven barred countries -- all of which have Muslim-majority populations -- on the basis of religion.

The court did, however, open the way for future hearings in which opponents would be able to cite anti-Muslim rhetoric made by Trump and his advisors.

"Recognizing that national security matters are the purview of the president, the Ninth Circuit refused to bury its head in 'alternate facts,'" said David Pressman, a lawyer and former assistant secretary of Homeland Security.