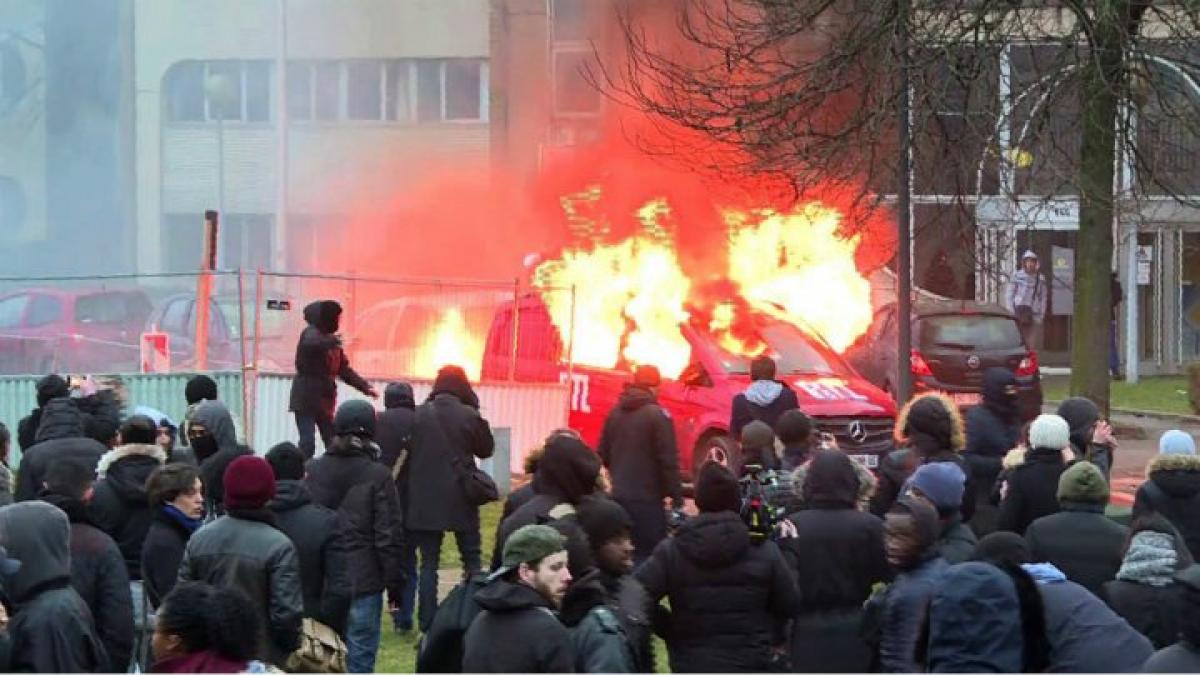 Clashes broke out in Paris, where some 2,000 people had gathered to protest against police brutality and the alleged rape of a 22-year-old man by an officer, the media reported.

Clashes broke out in Paris, where some 2,000 people had gathered to protest against police brutality and the alleged rape of a 22-year-old man by an officer, the media reported.

Demonstrators on Saturday held placards reading "police rapes" and "police kills innocents" as they rallied outside a courthouse in the suburb of Bobigny, north-east of the French capital, surrounded by a large contingent of riot police, France 24 reported.

While the rally was mostly peaceful, eyewitnesses at the scene said clashes broke out after a handful of protesters hurled projectiles at the police and several vehicles were set alight, including a van belonging to RTL radio station.

The police responded with tear gas.

Earlier on Saturday, four people were arrested in the port city of Marseille on the sidelines of another march against police violence, officials said.

The unrest in Bobigny follows several nights of violence in Paris' northern outskirts, triggered by the arrest last week of a black man identified only as Theo.

The youth worker suffered such severe injuries during the arrest and the alleged rape that he needed major emergency surgery and still remains hospitalised.

One policeman has been placed under investigation for rape.