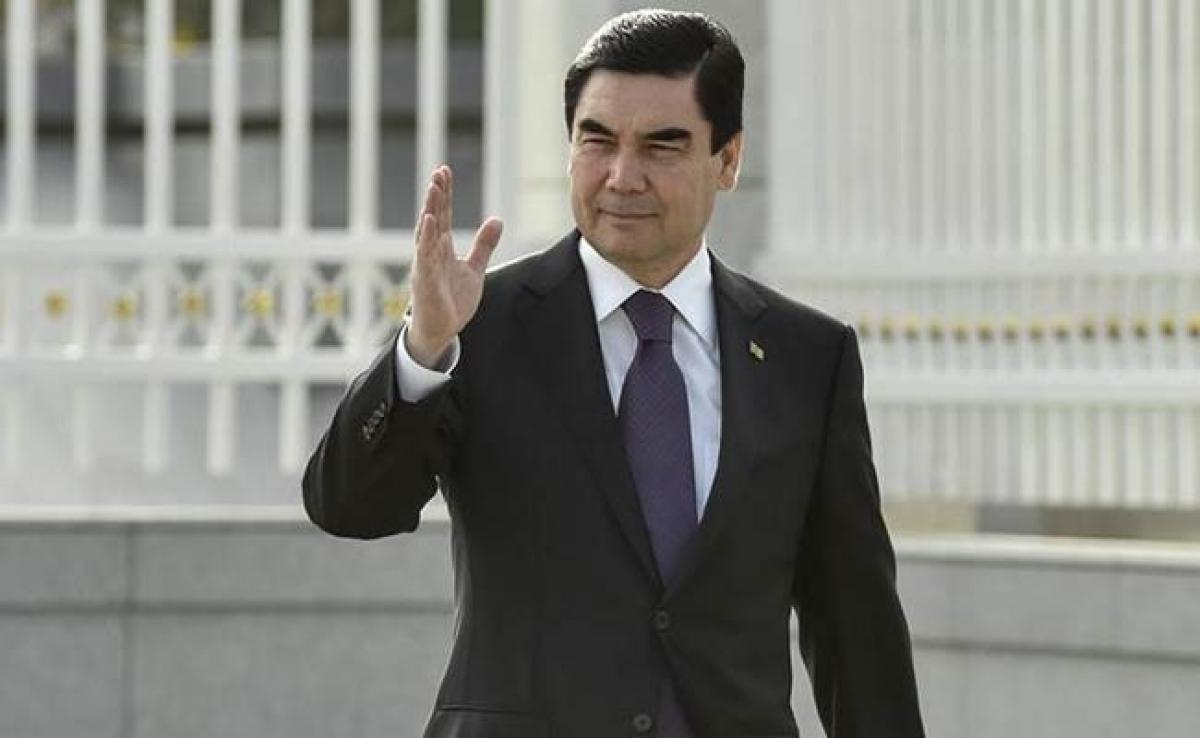 Turkmenistan\'s reigning strongman Gurbanguly Berdymukhamedov bagged a new seven-year term with nearly 98 per cent of a weakly contested vote, electoral officials said Monday, following a preliminary count. The election commission claimed at a press conference in the capital Ashgabat a turnout of over 97 per cent for the poll, in which eight men viewed as token opponents for Berdymukhamedov also co

Turkmenistan's reigning strongman Gurbanguly Berdymukhamedov bagged a new seven-year term with nearly 98 per cent of a weakly contested vote, electoral officials said Monday, following a preliminary count. The election commission claimed at a press conference in the capital Ashgabat a turnout of over 97 per cent for the poll, in which eight men viewed as token opponents for Berdymukhamedov also competed.

Central Electoral Commission chief Gulmyrat Myradov did not even mention the shares of the vote gained Sunday by the other candidates.

But he said: "using this opportunity we would like to congratulate with all our hearts Gurbanguly Berdymukhamedov on his electoral victory."

Berdymukhamedov, 59, a former dentist and health minister took power in 2006 after the death of Turkmenistan's first president, Saparmurat Niyazov.

Casting his vote at a school in Ashgabat, the president said the election would decide "the fate of the people for the coming seven years".

"If I am elected then our policies aimed at improving the welfare of the people will continue," Berdymukhamedov said.

Last year, Berdymukhamedov signed off on constitutional changes that paved the way for his lifelong rule by removing upper age limits for presidential candidates.

Another change lengthened presidential terms from five to seven years.

Voters in Ashgabat overwhelmingly said they were backing Berdymukhamedov.

"I voted for the first time, and chose our president," said Zokhra, an 18-year old student who was voting at her university.

"We are deciding our future," said Zokhra, adding that she was handed one of Berdymukhamedov's books and a bunch of flowers by officials after she cast her vote.

But a number of people in and around the capital told AFP they did not intend to vote, casting doubt on the official turnout figure.

Sabir Rakhmanov, an Ashgabat taxi driver, said he could not participate because he is registered to vote in another region.

"I don't think my vote would affect anything anyway," he told AFP.

"The main thing is to have regular work. That's something I would vote for!"

One-sided votes are typical in Central Asia, a Muslim-majority ex-Soviet region politically close to Russia and China, where reigning presidents are usually expected to die in power.

"These regimes have a logic of their own and they very much follow that logic," said Annette Bohr, an associate fellow of the Russia and Eurasia programme at the Chatham House think tank.

Turkmenistan's regime is "even more repressive and personalist" than those found in neighbouring Kazakhstan and Uzbekistan, Bohr said.

"Berdymukhamedov is predictable in that he will do what he has to do in order to perpetuate that regime."

Like Turkmenistan's first president Niyazov, who renamed months after family members and wrote a "book of the soul" that was compulsory in schools, Berdymukhamedov has presided over a flowering leadership cult.

Both men are honoured by golden statues in Ashgabat, where natural gas wealth is flaunted in lavish, grandiose white marble architecture, even as other parts of the country suffer from poverty.

Berdymukhamedov is referred to by state media as the country's "protector" and has written a number of poems and songs as well as books on tea, medicine and his beloved horses.

New York-based watchdog Human Rights Watch said ahead of the polls that Berdymukhamedov has taken "a few modest steps to reverse some of Niyazov's damaging policies" but has continued some of his "most serious abuses."

"Voters cannot express their views about all candidates in an open manner and without fear," the group warned ahead of the vote.

Turkmenistan is set to host the Asian Indoor Games in September and Reporters Without Borders said Friday that the handful of independent journalists in the country are "being subjected to an unprecedented crackdown" ahead of the showpiece event.

Although Turkmenistan sits on the world's fourth largest natural gas reserves, it has failed to diversify export routes and its hydrocarbon-based economy as a whole.

In recent years the country of over 5 million people has traded its traditional economic reliance on Russia for dependence on China, which buys the vast majority of its gas.

At the beginning of 2015 the government devalued the manat currency by 19 percent, while Berdymukhamedov has warned of the need to raise tariffs for water, gas and electricity, which were all free under Niyazov.