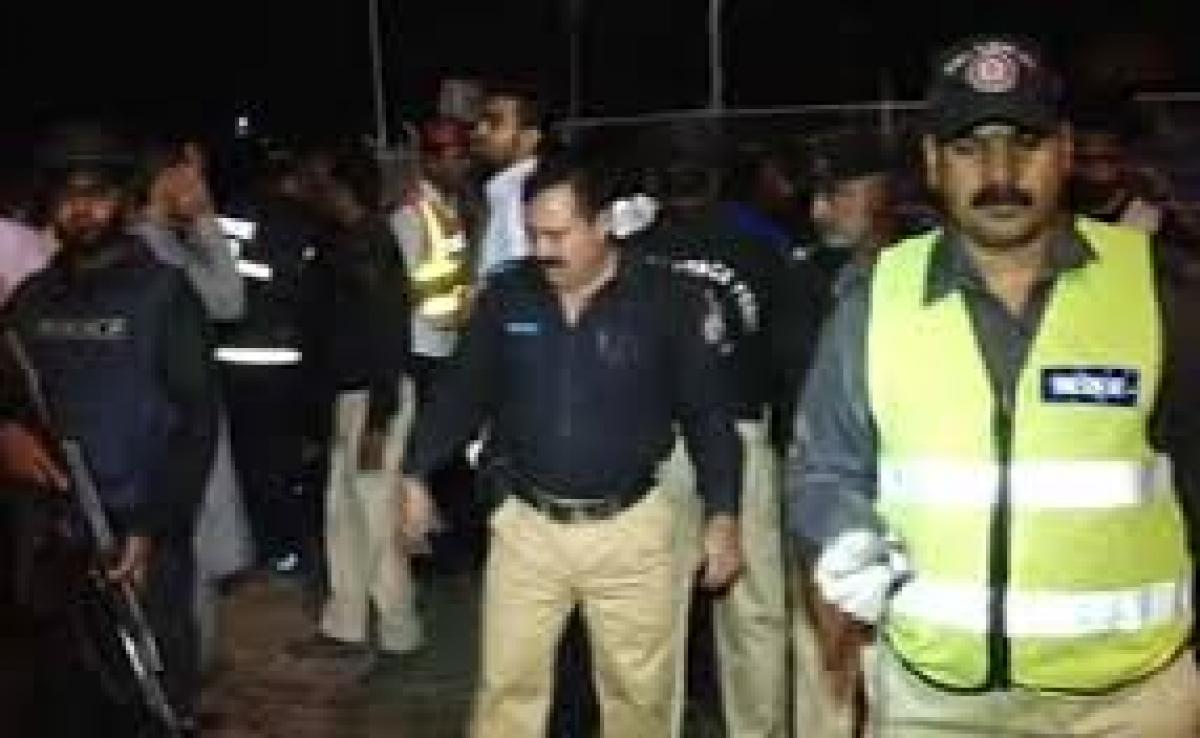 Over 300 people, mostly Afghans, have been arrested in Pakistan\'s Punjab province as part of heightened security measures following a suicide bombing at a Sufi shrine that killed 88 worshippers.

Over 300 people, mostly Afghans, have been arrested in Pakistan's Punjab province as part of heightened security measures following a suicide bombing at a Sufi shrine that killed 88 worshippers.

"More than 350 suspects have been taken into custody mostly Afghans since the Lahore on Sunday.

He said the search operation of the law enforcement agencies will continue across the province and the Afghan nationals living here must keep their identification papers.

At least 88 people were killed and over 200 injured in the deadly suicide attack claimed by the ISIS in the famed Lal Shahbaz Qalandar shrine in Sehwan area of southern Sindh province.

"During Saturday and Sunday the police have arrested more than 200 people mostly Afghans and Pashtoon as they did not have identification papers. Police have also arrested those who had given them their houses on rent," he said.

Some 15 people, mostly police officers, were killed when a suicide bomber blew himself up at a protest demonstration of chemists outside the Punjab Assembly.

According to a spokesman of the Crime Investigation Department (CID), "police are focusing on intelligence-based search operations to get maximum results. Deployment at all sensitive government installations has been increased and the operation in and around localities of shrines in the province is also being conducted".

Police used bio-metric machines for identification of people and those who failed to produce documents to prove their identity have been taken into custody, he said, adding illegal weapons have also been recovered from some of the suspects who have been shifted to undisclosed location for identification.

Meanwhile, the police have taken a man into custody who had rented his house to handler/facilitator Anwarul Haq of the Lahore blast.

According to Punjab Chief Minister Shahbaz Sharif, Haq had brought the Afghan suicide bomber to the Mall Road where he blew himself up.

An anti-terrorism court yesterday handed over Haq to Counter Terrorism Department on a 30-day physical remand.

Tahreek-Taliban Pakistan splinter group Jamaat-ul-Ahrar had claimed the responsibility of the Lahore blast.

Pakistan often accuses Afghanistan-based terrorists for the attacks in the country.

The army over the weekend killed more than 100 suspected terrorists and also handed over to Afghanistan a list of 76 terrorists hiding across the border.