Russia Seeks Post-West Order As US Vows Loyalty To Allies 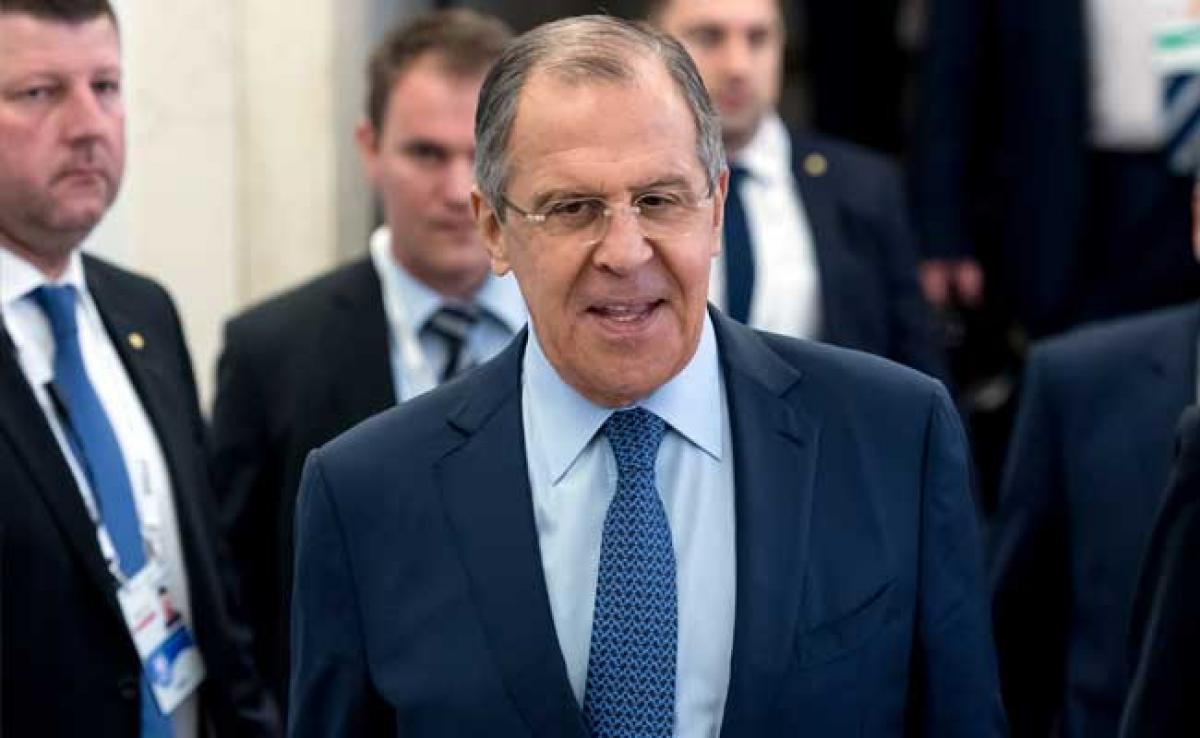 Russia on Saturday called for an end to what it said was an outdated world order dominated by the West after US Vice-President Mike Pence pledged Washington\'s \"unwavering\" commitment to transatlantic allies in NATO.

Russia on Saturday called for an end to what it said was an outdated world order dominated by the West after US Vice-President Mike Pence pledged Washington's "unwavering" commitment to transatlantic allies in NATO.

"I hope that (the world) will choose a democratic world order, a post-West one, in which each country is defined by its sovereignty," said Mr Lavrov.

The time when the West called the shots was over while NATO was a relic of the Cold War, he said.

In its place, Moscow wanted a relationship with Washington that is "pragmatic with mutual respect and acknowledgement of our common responsibility for global stability."

Moscow has been impatiently waiting for US President Donald Trump to make good on his pledge to improve ties which plunged to a post-Cold War low as Barack Obama slapped on sanctions over the Ukraine crisis and Russia's alleged meddling in Doanld Trump's election.

On the campaign trail, Mr Trump repeatedly praised Russian President Vladimir Putin and voiced his willingness to work with him in fighting terrorism.

But in the face of growing heat over its links to Moscow, Mr Trump administration appears to be backing off the warmer words used earlier for the former Cold War foe.

On a European roadshow this week, Mr Trump's lieutenants have sought to reassure jittery allies that the administration will hold fast to existing foreign policy, including maintaining sanctions on Russia over the Ukraine crisis.

Hours before Mr Lavrov addressed the Munich Security Conference, the US Vice-President told the same forum that the US will stay loyal to its old friends.

"The US is and will always be your greatest ally. Be assured that President Trump and our people are truly devoted to our transatlantic union," Mr Pence said.

The US would also not relent in pushing Russia to honour the Minsk ceasefire accords with Ukraine, he said.

"The US will continue to hold Russia accountable, even as we search for new common ground, which as you know, President Trump believes can be found," the Vice-President said.

At NATO headquarters in Brussels on Thursday, Defence Secretary James Mattis said Russia must first "prove itself" and respect international law before there could be any improvement in relations strained by Moscow's Ukraine intervention and annexation of Crimea.

Likewise, US Secretary of State Rex Tillerson indicated he would take a tough line in his dealings with Russia.

Following his first meeting with Mr Lavrov in Bonn on Thursday, Mr Tillerson said the US would cooperate with Moscow but only when doing so, "will benefit the American people".

Not a word on the EU

Despite the US charm offensive, European leaders gave a cautious reaction. German Foreign Minister Sigmar Gabriel said he, "had no doubt that the American Vice-President and the Defence Secretary will do everything to fulfil their commitments within NATO as in the past."

But tellingly, his confidence was ostensibly only extended specifically to Mr Pence and Mr Mattis.

When pressed for his view on Mr Trump, he would only say: "I can only say what I have spoken about with Mr Pence. And that I have done and on that I have no doubt."

French Foreign Minister Jean-Marc Ayrault said he was, "struck that (Mr Pence) had not at any moment mentioned the EU", an institution, which needs to take a bigger place in a world buffeted by a rise in nationalism and populism.

"I don't want to accuse Mr Pence prematurely, he is going to Brussels on Monday and I hope that we will have a clear response on this question because Donald Trump gave the impression that he welcomes Brexit and that there would be more to come," said Mr Ayrault.

German Chancellor Angela Merkel, meanwhile, made no direct mention of Mr Trump in her address in Munich.

She however, championed a clear message of international cooperation rather than a policy of isolationism, in what could be a plea for the US not to retreat as it seeks an "America First" policy.

"In a year in which we see unimaginable challenges we can either work together or retreat to our individual roles. I hope that we will find a common position," she said.