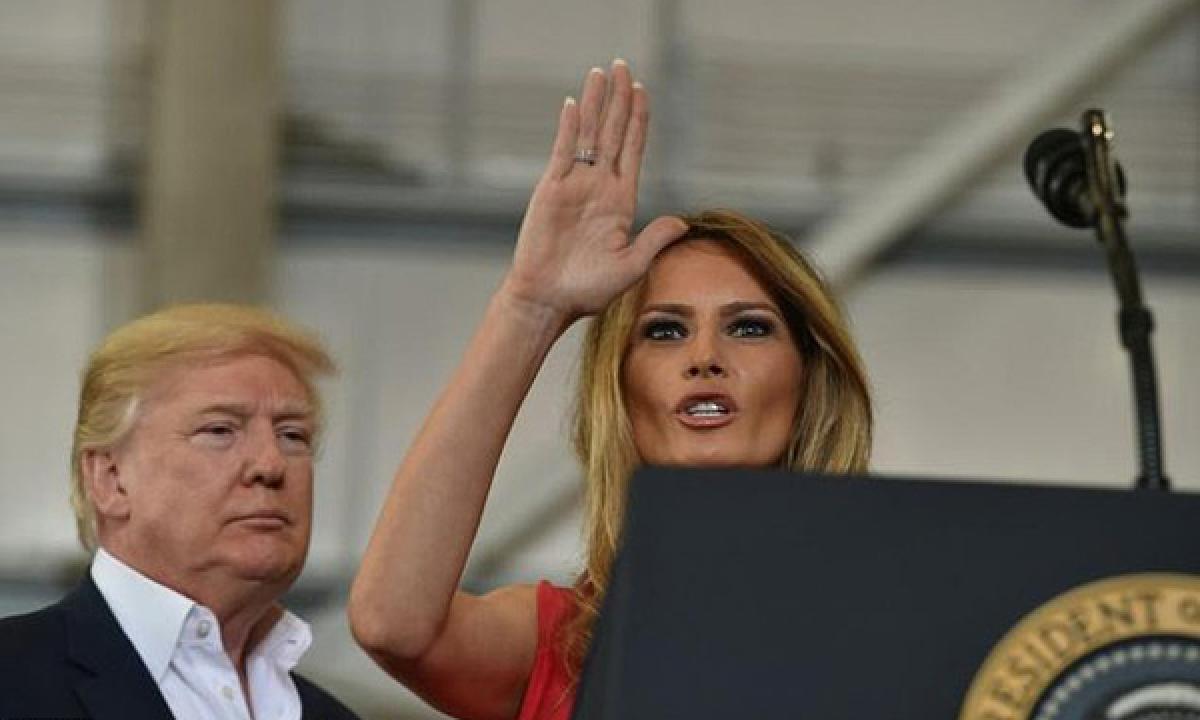 Washington:US President Donald Trump is creating a country of great safety and prosperity, First Lady Melania Trump said as she kicked off his campaign-style rally in Florida with a well-known Christian prayer.

"My husband is creating a country of great safety and prosperity," Melania told a crowd of over 9,000 people in Melbourne, Florida.

The First Lady called for unity among all Americans cutting across the political divide.

"The America we envision is one that works for all Americans. And where all Americans can work and succeed. A nation committed to a greater civility and unity between people from all sides of the political divide," she said.

Melania opened the rally with the words "let us pray," before beginning her recita

"I will always stay true to myself and be truthful to you, no matter what the opposition is saying about me," she said, adding she will act in the best interest of Americans.

"I'm committed to creating and supporting initiatives dear to my heart, which will have impact on women and children all around the world," she said.

"I didn't know that Melania was going to be saying the Lord's Prayer, but I thought that was very beautiful. Thank you. Thank you," he said.