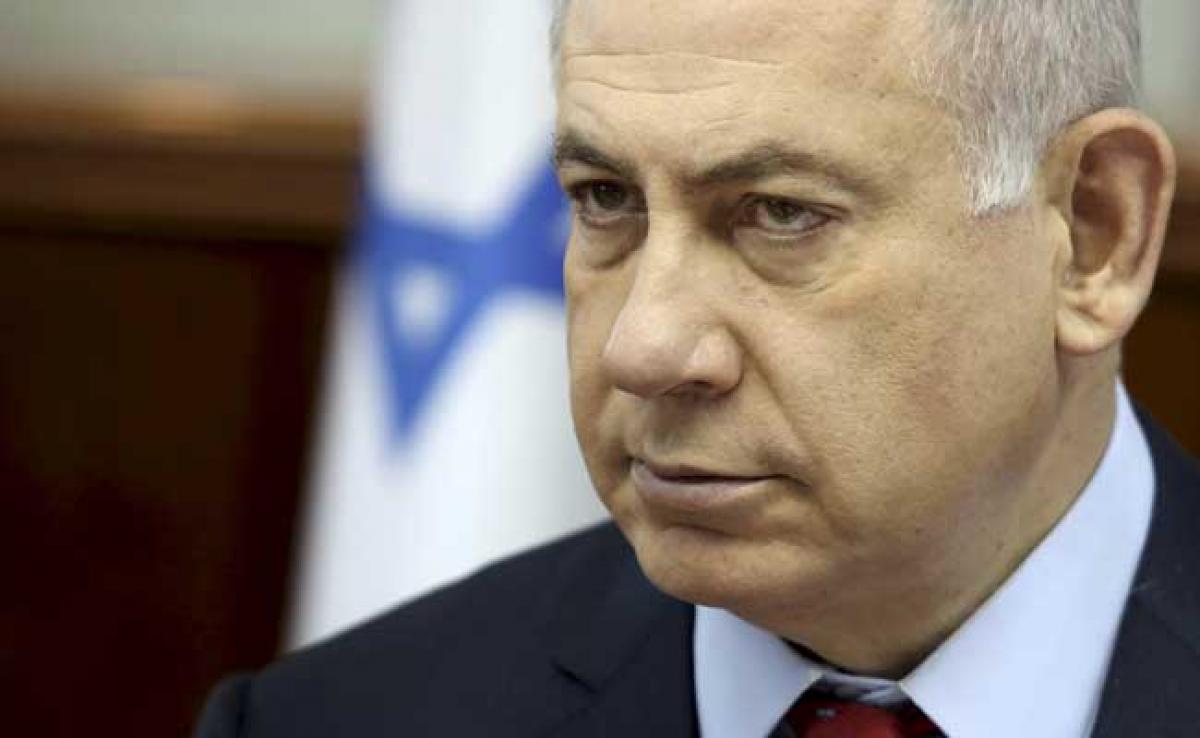 It said Kerry wanted the sides to endorse six principles, which he laid out publicly in a December speech.

They included a call for Israel to vacate territory it occupied during the 1967 Six-Day War, subject to land swaps agreed between the two sides.

A former Obama administration official, who asked not to be identified, confirmed to AFP that the meeting was held but would not comment on the substance of Kerry's proposal.

Since 1967, Israel has pulled out of Egypt's Sinai Peninsula and the Gaza Strip but annexed east Jerusalem and the Golan Heights.

It continues to occupy the West Bank, where hundreds of thousands of Israelis live in settlements seen as illegal by the international community.

Both would share Jerusalem as the "internationally recognised capital of the two states".

Israel claims the city as its "undivided" capital. Netanyahu's coalition government, the most right-wing in Israel's history, rejects talk of ceding any part of it to Palestinian sovereignty.

"Netanyahu did not accept Kerry's proposal and said he would have difficulty getting it approved by his governing coalition," Haaretz wrote on Sunday.

Netanyahu's spokesman and Jordanian officials refused to comment on the report.

Meeting on Wednesday at the White House, Netanyahu and President Donald Trump each spoke of prospects of a regional Middle East understanding to end the stalemated Israeli-Palestinian conflict.

"For the first time in the life of my country, Arab countries in the region do not see Israel as an enemy, but increasingly as an ally," Netanyahu told Trump.

"We think the larger issue today is how do we create the broader conditions for broad peace in the Middle East between Israel and the Arab countries," Netanyahu said the following day on MSNBC.

Trump said Netanyahu's proposal for a regional alliance was something that "hasn't been discussed before", adding that it would take in "many, many countries and it would cover a very large territory".

Egypt and Jordan are the only Arab states to have formal peace treaties with Israel.

Gulf states like Saudi Arabia, the United Arab Emirates and Qatar do not have diplomatic relations with the Jewish State, but they share informal links.