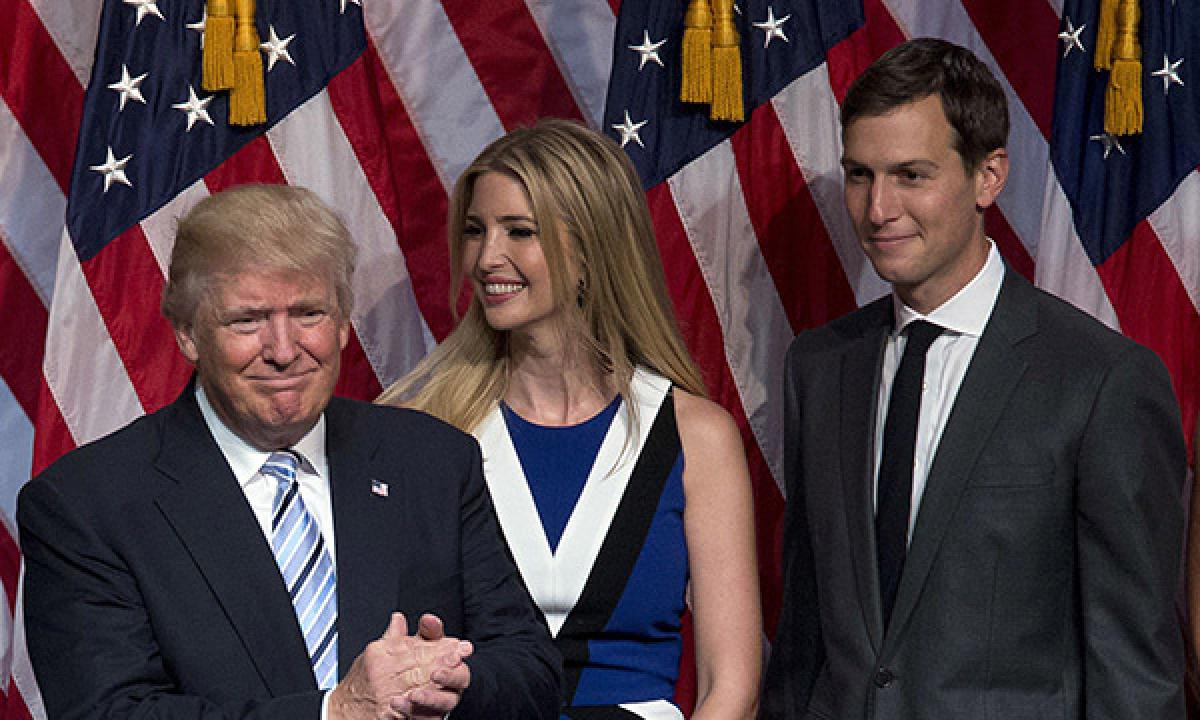 The Trump administration has struggled with ethics vetting for Cabinet nominees and faced criticism for the President\'s decision to remain invested in his business empire, while his son-in-law Jared Kushner will enter the White House by the law. According to NBC News, new emails showed Kushner\'s lawyers working on a divestment plan to avoid conflicts by conferring with the Office of Government

Washington:The Trump administration has struggled with ethics vetting for Cabinet nominees and faced criticism for the President's decision to remain invested in his business empire, while his son-in-law Jared Kushner will enter the White House by the law.

According to NBC News, new emails showed Kushner's lawyers working on a divestment plan to avoid conflicts by conferring with the Office of Government Ethics.

That is the same office that Trump aides iced out during the transition period and that has clashed with the President over his decision not to divest from the Trump Organisation.

The emails indicate a flurry of preparation in late December and January -- before Kushner was appointed senior White House adviser and while questions still swirled about whether a federal anti-nepotism law would bar him from serving.

Kushner's lawyers, including former Clinton administration official Jamie Gorelick, consulted the Ethics Office on how to create a "conservative" and "workable" approach to minimise potential conflicts.

His team also warned the Ethics Office about a New York Times report on Kushner's meeting with Chinese investors after the election, proposing their ethics plan would "mitigate sources of conflict".

Walter Shaub, the Ethics Office Director who publicly criticised Trump and drew the ire of house Republicans, was heartened by the plans submitted by Kushner's team.

It is a marked contrast from his dealings with the Trump transition team about Cabinet nominees, where emails show him lamenting that communication had "broken down" and the transition team's neglect of ethics vetting was "unprecedented".

With Kushner, the Ethics Office was engaged, collaborating on statements to the press, reviewing paperwork showing his "100 per cent divestment" from several businesses, and providing extra advice beyond the letter of the law.

Citing the "fast-paced work environment" of the White House, Shaub suggested new ethics dilemmas can be hard to tackle if appointees do not meet the "attention span of a White House Counsel's office with a thousand other things to do".

He advised that Kushner's lawyers put him "two steps back from the line between what is permissible and what is not", which "will protect" him better than getting close to the line.

"The process was good here," said Norm Eisen, an ethics expert who is suing the Trump administration.

Eisen reviewed the emails, which were obtained through a Freedom of Information request from NBC and the James Madison Project represented by the law office of Mark S. Zaid.

"While there are substantial red-actions, it appears that Kushner and his wife Ivanka Trump had holdings that created the conflicts for Kushner in doing his job," said Eisen, a former Obama official.

Eisen said Ivanka Trump's holdings were "imputed to him under federal law".

"They have divested themselves of those holdings, a sensible approach."

Kathleen Clark, an ethics expert at the Washington University Law School, agreed there was a "striking contrast" between the approach of Kushner and other Trump officials.

"Although the Trump transition team apparently was not particularly cooperative with the Office of Government Ethics," she said. "Kushner and his lawyers seem to have taken a different approach."

Clark noted that Kushner might have faced an "uphill battle" on the anti-nepotism law, which bans family members from most federal jobs.

"I think that Kushner's lawyers may have settled on a strategy where they wanted to reassure the government that they would put out any and all fires in connection with financial conflicts," she said.

"Instead of fighting on two fronts, they only had to fight on one."

The administration argues that its conflicts plan for the President avoids any legal violations, and donates foreign government profits to the US Treasury in an abundance of caution.

"It is shocking that the father-in-law did not choose to follow his son in law's example," Eisen added. "Now the courts will have their say."