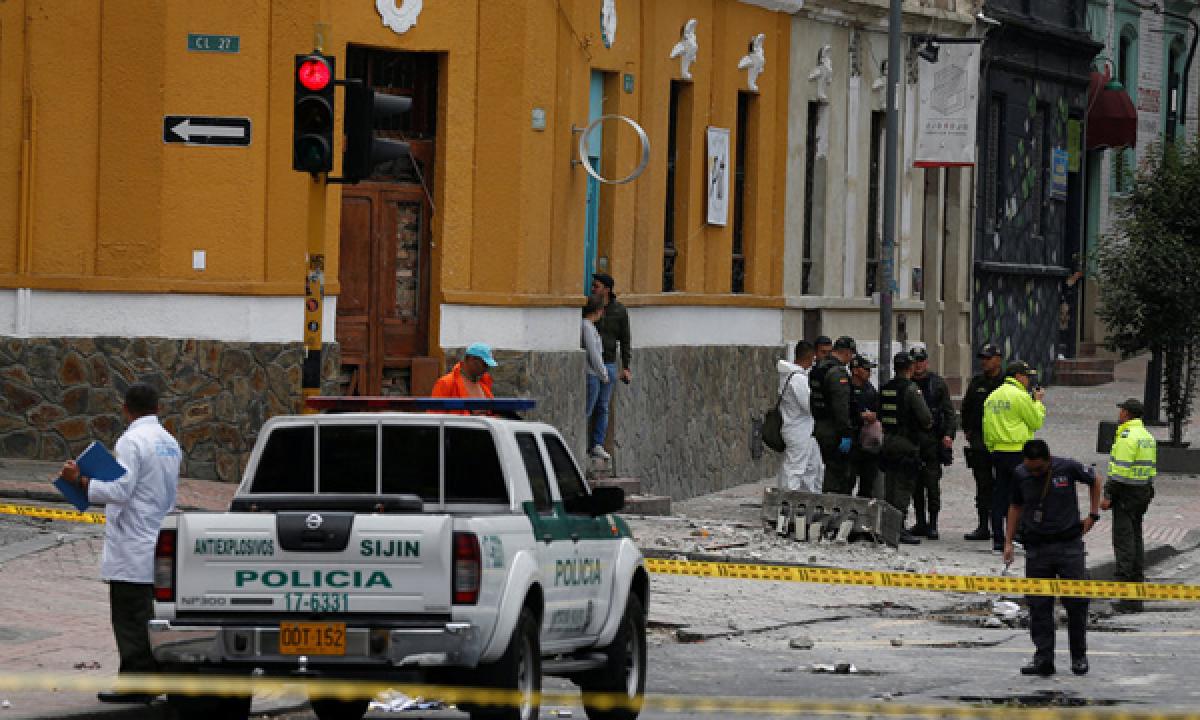 An explosion near Bogota-'s bullring injured at least 26 people, most of them police officers as they prepared for anti-bullfighting protests in...

An explosion near Bogota's bullring injured at least 26 people, most of them police officers as they prepared for anti-bullfighting protests in Colombia's capital on Sunday, the police said, but no one was killed.

Earlier, the police said one of its officers had been killed in the blast.

Details of the cause of the blast were not immediately available, but media images showed a police officer in a shredded uniform walking with support from his colleagues, as well as debris in the road, broken glass and damage to apartment buildings close by. "The national police rejects and condemns these acts of barbarism that affect the integrity of our police and other citizens, as well as the tranquility and coexistence of the country's capital," the police said in statement.

Hundreds of protesters have gathered weekly to demonstrate against bullfighting in Bogota, which resumed last month for the first time in four years. The ban was lifted by the constitutional court which said it was part of the national heritage, prompting weekly clashes with police.