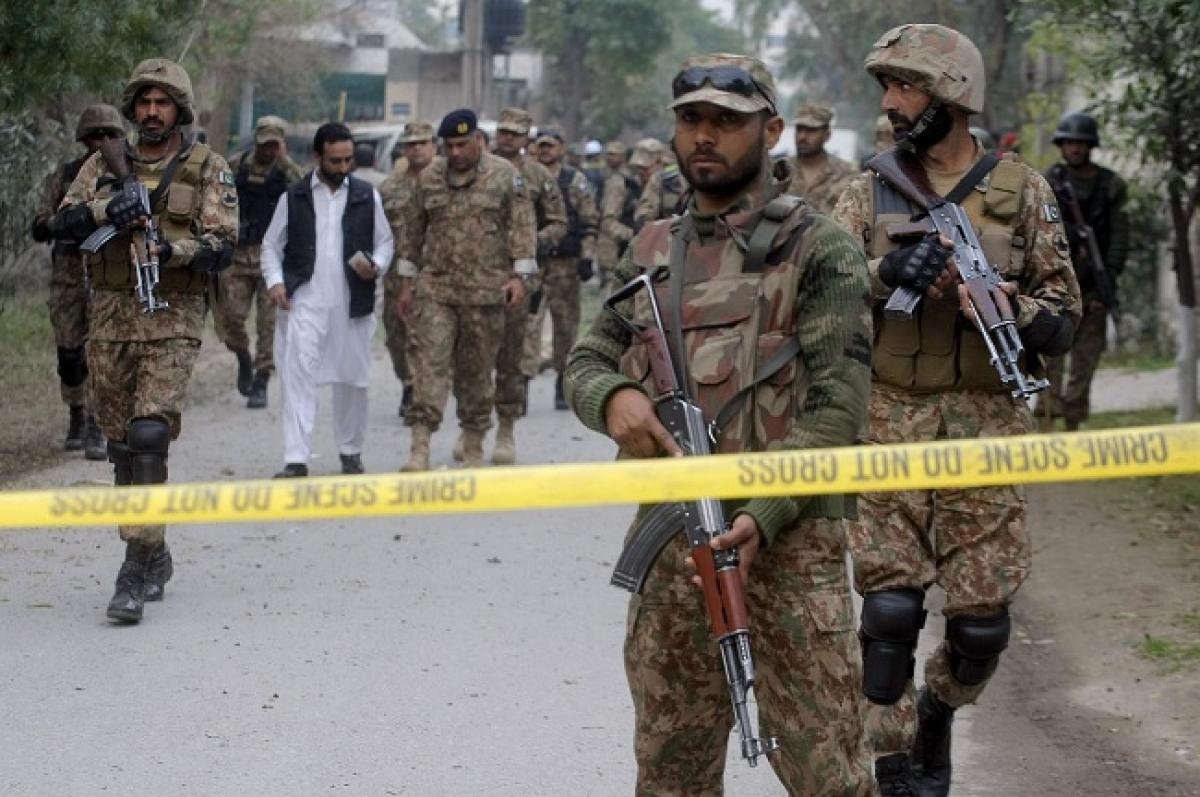 An attack, followed by an explosion has hit outside a courthouse in the country\'s northwest, Pakistani officials say.

PESHAWAR: At least six persons were killed and 14 injured in a suicide blast and firing by terrorists outside a court in Pakistan’s Khyber Pakhtunkhwa province today.

The three attackers attempted to enter the court premises in Tangi town through the main gate. They opened fire and threw grenades, prompting retaliatory fire by security forces deployed there.

One bomber was killed in the firing at the gate and the second was killed as he entered the court. The third bomber died when he detonated his explosives, officials said.

Deputy Commissioner of Charsadda said judges and lawyers were safe. He said due to tight security the bombers could not enter the court, but had they been successful in entering the premises it “would have been a catastrophe”.

A search and rescue operation was underway, he added.

Ambulances have been rushed to Charsadda from Peshawar, approximately 30 kilometres away, where the Lady Reading Hospital has been put on high alert.

The latest attack came as security has been tightened across Pakistan after a recent wave of terrorist strikes killed more than 100 people.

On Thursday, a suicide bomber killed 88 people at a famed Sufi shrine in Sindh province. Following the attack, the army launched an offesive against militants and claimed to have killed more than 130 terrorists across the country.