After 17 yr wait, Athens Muslims might finally get their mosque 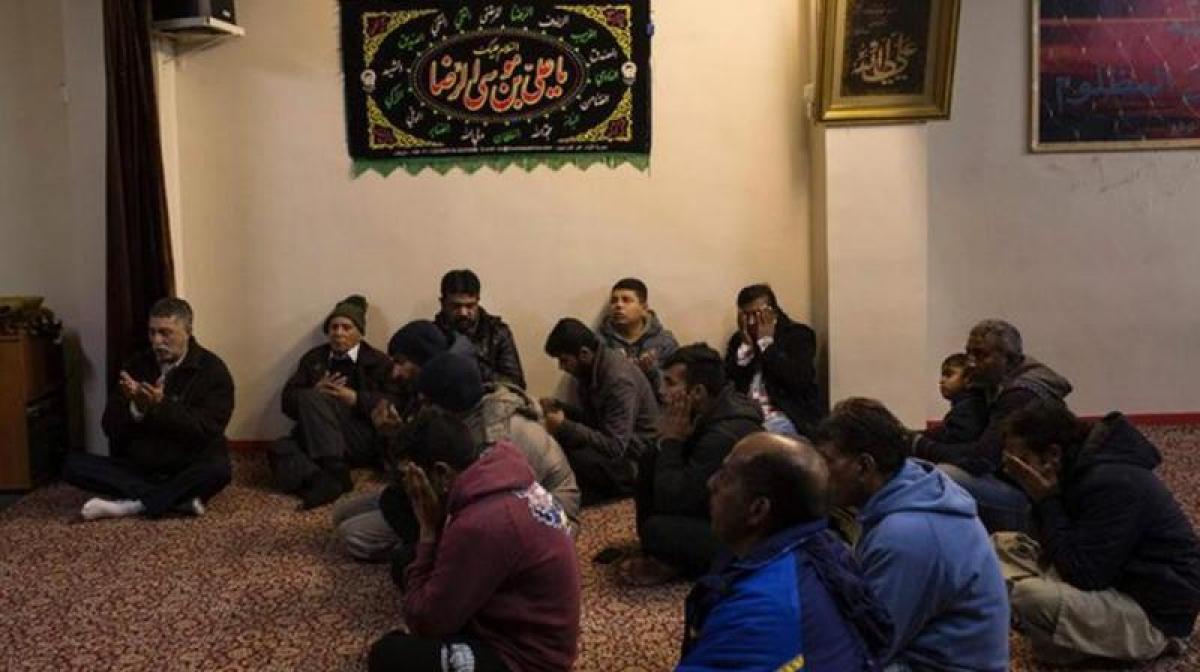 After 17 years of delay, construction has finally begun on the first official mosque for Athens, but Muslims in the city are not getting their hopes up just yet.

After 17 years of delay, construction has finally begun on the first official mosque for Athens, but Muslims in the city are not getting their hopes up just yet.

“I’ve been hearing people talk about this for too long -- I’ll believe it when I see it,” said Nasralla Abed, a Greek-Palestinian translator.

He had come to pray in a basement in Athens’ Neos Kosmos neighbourhood, one of dozens of unofficial mosques around the city which is home to about 300,000 Muslims.

A discreet sign marked the entrance to the mosque, reached through a garage.

This network of basement and apartment mosques developed as thousands of Muslims migrated to the city, mainly from Afghanistan, Pakistan and Egypt.

For Naim Elghandour, president of the Muslim Association of Greece, the situation is a “disgrace”.

“Why must we be treated as second-class citizens?” he said.

Elghandour is also wary of getting his hopes up: There has been no word on whether the mosque will open on schedule in April, and the press has not been allowed access to the site.

The project was launched in 2000 to increase integration of the city’s Muslims.

“Athens is the last capital in the European Union without an official mosque,” said Lefteris Papagiannakis, the city’s deputy mayor in charge of refugees and migrants.

And if the goal is to prevent radicalisation, “It’s also much better to have official sites” than a shadowy network of unsanctioned mosques, he said.

But in a country where the influential Orthodox Church is not separate from the state, getting the project off the ground was not easy.

Influential church leaders were reticent, and residents of the western Eleonas neighbourhood which was chosen to house the mosque, in an former military depot, staged protests.

After languishing for years, the project was relaunched in 2013, and work began after parliament voted again in August 2016 to move ahead with the mosque, approving a 946,000 euro ($1.0 million) budget for the venture.

In the meantime, the authorities began legalising the unofficial mosques, a move that was welcomed by Ashir Haider, representative of Greece’s Shia community.

“The unfortunate thing for Muslims here is that the average Greek conflates the Turkish occupation and Islam,” Haider said, referring to the Ottoman empire which at its height controlled much of southeast Europe, parts of Central Europe and pockets in North Africa.

Haider says he believes that “tolerance and openness” are nonetheless gaining ground, despite tensions elsewhere in Europe.

But Archbishop Ieronymos, the head of the Church of Greece, said last year that he saw no reason to hurry the project, saying he was worried about the risk of jihadist indoctrination.

Graffiti on the walls outside the construction site are not exactly welcoming: “Muslims out”, “No mosque” and “Throw out the dirty dogs” are among some of the messages.

Far-right demonstrators had camped out at the site for several weeks before being dispersed by the police.

As a result, officials have tried to ensure that the 500-square-metre (5,400 square foot) building will not stand out in the neighbourhood -- there will be no minaret, for example, and the adjacent garden will be bordered by an Orthodox chapel the army left behind.

Muslim leaders are going along with the push for discretion, and highlight the cooperation between nationalities and branches of Islam to be represented at the mosque.

The legal framework calls for the mosque to be managed by representatives of the state, assisted by two Muslim representatives. The imam will have to have Greek citizenship, and be a Sunnite.