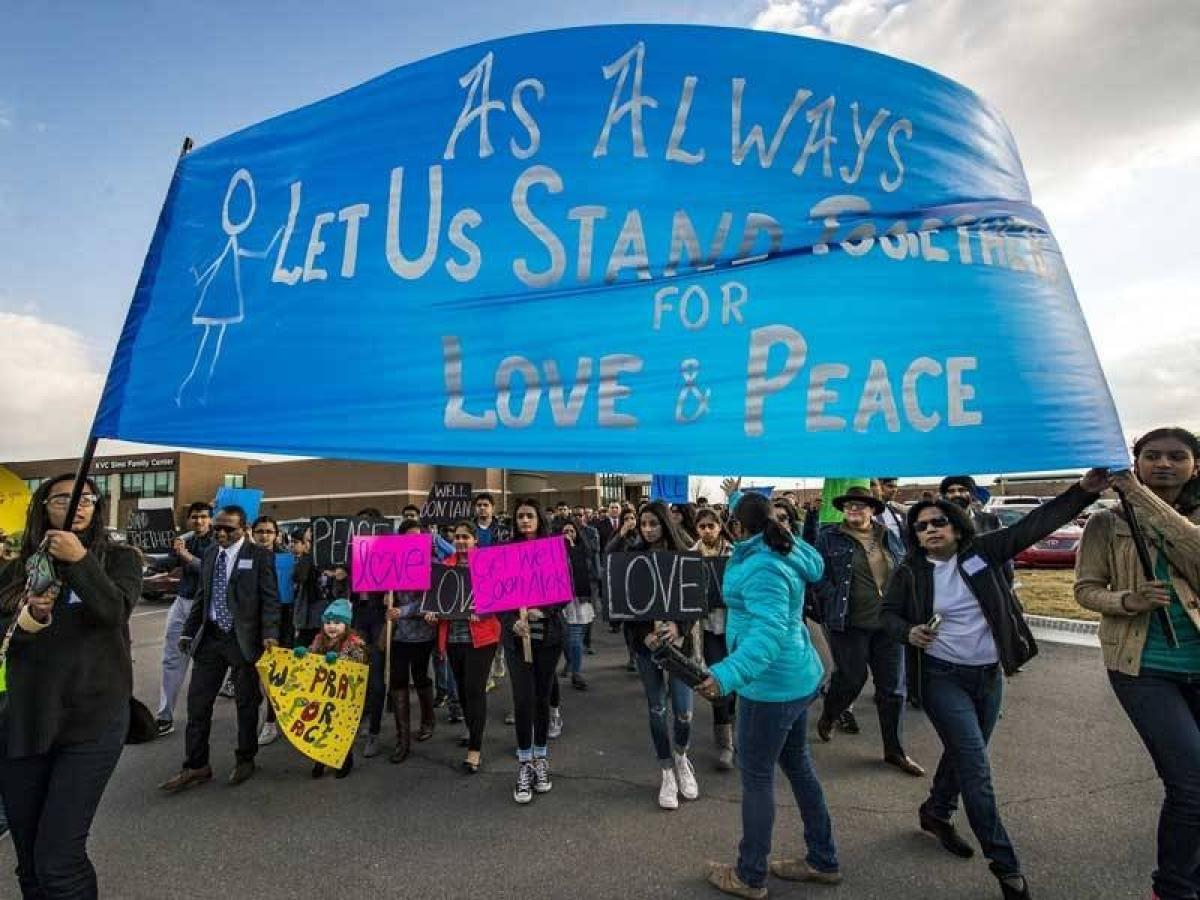 Hundreds of people in Kansas City joined a peace march and prayer vigil, celebrating the life of Indian engineer Srinivas Kuchibhotla cut short in a senseless triple shooting incident at a pub in an apparent hate crime.

HOUSTON: Hundreds of people in Kansas City joined a peace march and prayer vigil, celebrating the life of Indian engineer Srinivas Kuchibhotla cut short in a senseless triple shooting incident at a pub in an apparent hate crime.

Marchers held pictures, banners and shouted, "We want peace"; "We love peace"; "Let us not leave our children"; "Unity is part of community, together we stand, divided we fall".

Many of them carried candles and signs reading, "We don't support politics of hate."

The march for peace and the prayer meeting was attended by friends of Srinivas. Alok Madasani, another Indian who was wounded in the shooting on Wednesday, was on his crutches.

The sisters of the third man, an American identified as Ian Grillot, injured that night when he intervened during the argument with the shooter US Navy veteran Adam Purinton, Lt Governor Jeff Colyer, US Congressman Kevin Yoder, Olathe Mayor Mike Copeland, Olathe Police Chief Steven Menke, and other state officials also joined the march and the prayer meeting.

The prayer was conducted by priests from various religions at the Hindu Temple and Cultural Centre, Kansas City.

Addressing the gathering, Alok remembered his nine years of friendship with Srinivas. "Srini was the kindest person you would meet, full of love, care and compassion for everyone. He never uttered a word of hatred, a simple gossip, or a careless comment. He would always make sure everyone is doing fine and taken good care."

Other friends who spoke there had similar words for Srinivas. They described him as a positive, warm, kind, caring, brilliant, well-mannered and an absolutely outstanding human being.

Srinivas, 32, was killed and Alok, of the same age, was injured at a city bar by the navy veteran screaming racial slurs and telling them to "get out of my country" and "terrorist" before he opened fire on them. He reportedly mistook them for immigrants from the Middle East.

The incident has led to fear among the minority Indian-American community, who feel being targeted by President Donald Trump's controversial plan to ban travellers from certain countries to realise his campaign pledge of putting "America first."

At a news conference two days ago, Srinivas's wife Sunayana Dumala asked the US government what it would do to stop hate crimes against minorities. She said reports of bias against minorities make them afraid and wonder whether "do we belong here".

Although Sunayana did not mention Trump by name, she did say, "Not everyone will be harmful to this country."