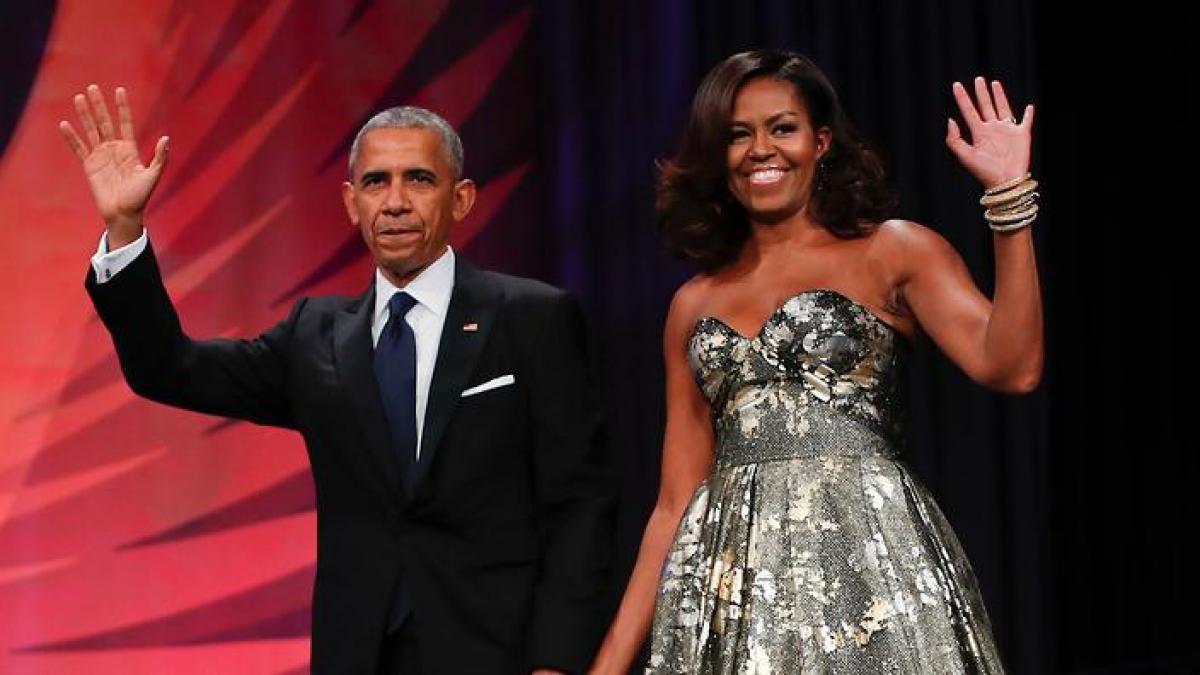 Barack Obama is already the author of two memoirs and a children-'s book.He has frequently declared himself to have a -'writer-'s sensibility-' and...

"The company has acquired world publication rights for two books, to be written by President and Mrs Obama respectively," the publisher said in a statement.
The terms of the deal were not disclosed, but bidding for the high-profile double book deal topped $60 million, a record sum for US presidential memoirs, according to the Financial Times.

The deal was negotiated by Washington super-lawyer Robert Barnett who represented former presidents George W. Bush and Bill Clinton.As part of the agreement "the company will donate one million books in the Obama family's name to First Book," a charity, Penguin said.

Barack Obama is already the author of two memoirs and a children's book.He has frequently declared himself to have a "writer's sensibility" and has said he does not want to write a conventional blow-by-blow account of his time in the White House.Michelle Obama's memoir is likely to be just as eagerly anticipated.

A descendant of slaves, she became the first African-American first lady and garnered high approval ratings."We are very much looking forward to working together with President and Mrs. Obama to make each of their books global publishing events of unprecedented scope and significance," said Penguin Random House CEO Markus Dohle.