US military continues to be dominant in Asia, China follows next 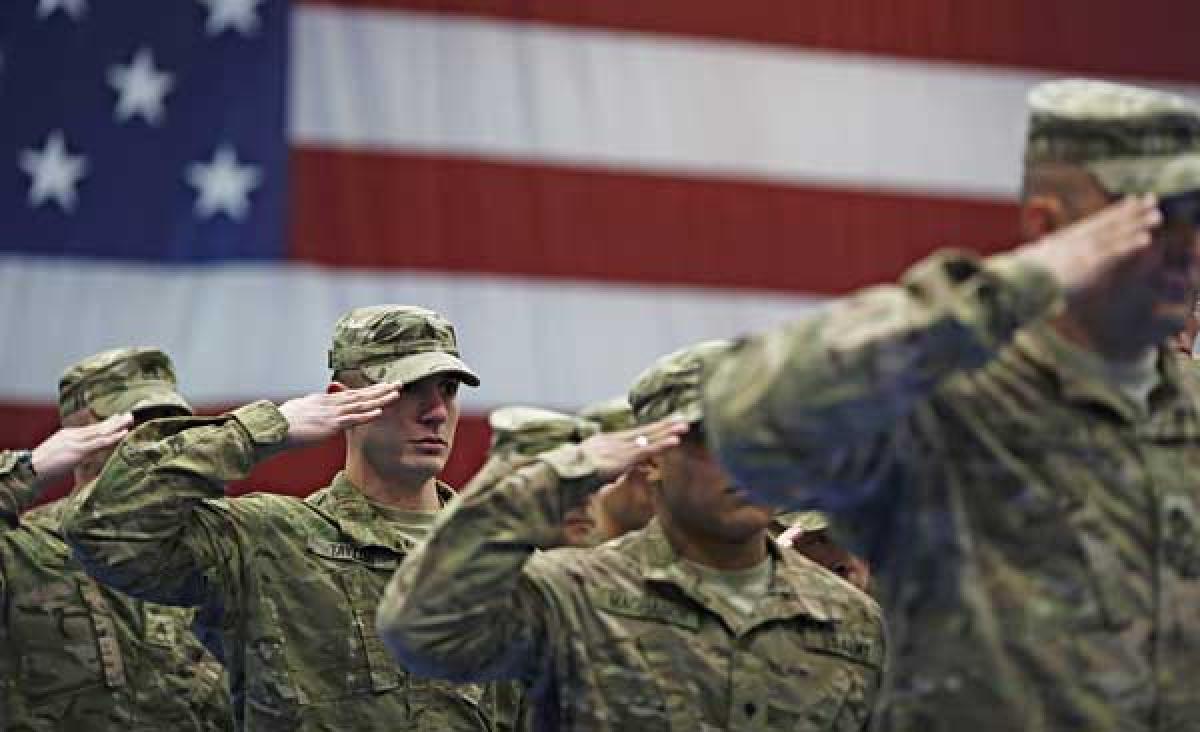 China\'s announcement of a 7 per cent rise in military spending+ for the year came shortly after President Donald Trump called for a 10 per cent increase+ in America\'s defence budget, prompting renewed scrutiny of how the two countries\' capabilities compare.

BEIJING: China's announcement of a 7 per cent rise in military spending+ for the year came shortly after President Donald Trump called for a 10 per cent increase+ in America's defence budget, prompting renewed scrutiny of how the two countries' capabilities compare.

While the US military remains the dominant force in Asia and the world, China has been moving from quantity to quality+ and is catching up quickly in equipment, organization and capability, and is increasingly able to project power far from its shores. Rapid economic growth, lavish spending and a desire to regain China's historical role as East Asia's leading power are helping drive the moves.

Below is a comparison of the present state of the two militaries, based on figures found in recent US government research on China's capabilities and information from defence think tanks and government websites. Some figures are estimates or approximations.

China's People's Liberation Army has a total of 2.3 million personnel under arms, constituting the world's largest standing military. It provides only partial information about its order of battle, the PLA's mission and future plans, although outside analysts have produced detailed estimates. US troop strength varies depending on need, but as of Jan. 31, there were 1.4 million active service members spread throughout the services.

China announced this week that defence spending would rise by 7 percent this year to 1.044 trillion yuan ($151 billion). While China has the world's second-largest defence budget, it's just a fraction of what the US spends, even if analysts' estimates of hidden additional spending are taken into account. Trump's request for an additional $54 billion in spending would bring the US defence budget to a record $603 billion, and that's before including tens of billions of dollars for overseas military operations. If approved, the increase would mean the US was spending 3.4 percent of its gross domestic product on defence, up from 3.2 percent of GDP last year. China says its budget this year would equal 1.3 percent of GDP.

Owing to the PLA's origins as a guerrilla army and former tensions along its land border with Russia, the ground forces continue to dominate, with 1.6 million personnel and a weighty emphasis on armored vehicles (9,150) and heavy artillery (6,246). The US army boasts 460,000 personnel with another 182,000 in the Marines. It has a smaller emphasis on artillery (1,299) and armored vehicles (8,848), but places a greater emphasis on air support and special forces operations.

The US can boast more than 13,000 aircraft of all types to China's nearly 3,000. The gap is especially great in helicopters, where the US has more than 6,000 to China's 802. Despite having fewer aircraft, some of which are under the Chinese navy, China's air force has 398,000 personnel to 308,000 for the USAF. Both air forces are seeking to upgrade their aircraft, although the introduction of the fifth generation F-22 and F-35 jets puts the US several years ahead. China's stealth fighters remain in the prototype stage, although it has managed to replace more than half of its fighter fleet with fourth-generation aircraft.

China's navy has many more vessels (714 to 415), but the US has more where it counts in terms of power projection. The US has 10 aircraft carriers to China's one (although more are being built), 62 destroyers to China's 32, and 75 submarines to China's 68. The US Navy has 323,000 personnel to China's 235,000, reflecting the breadth and depth of a service that operates worldwide. China's navy has made strides in that direction since it established a permanent overseas presence by joining in multinational anti-piracy patrols off Somalia in 2008, and has begun exercising in the Western Pacific beyond the 'first island chain' that blocks its access to open seas.