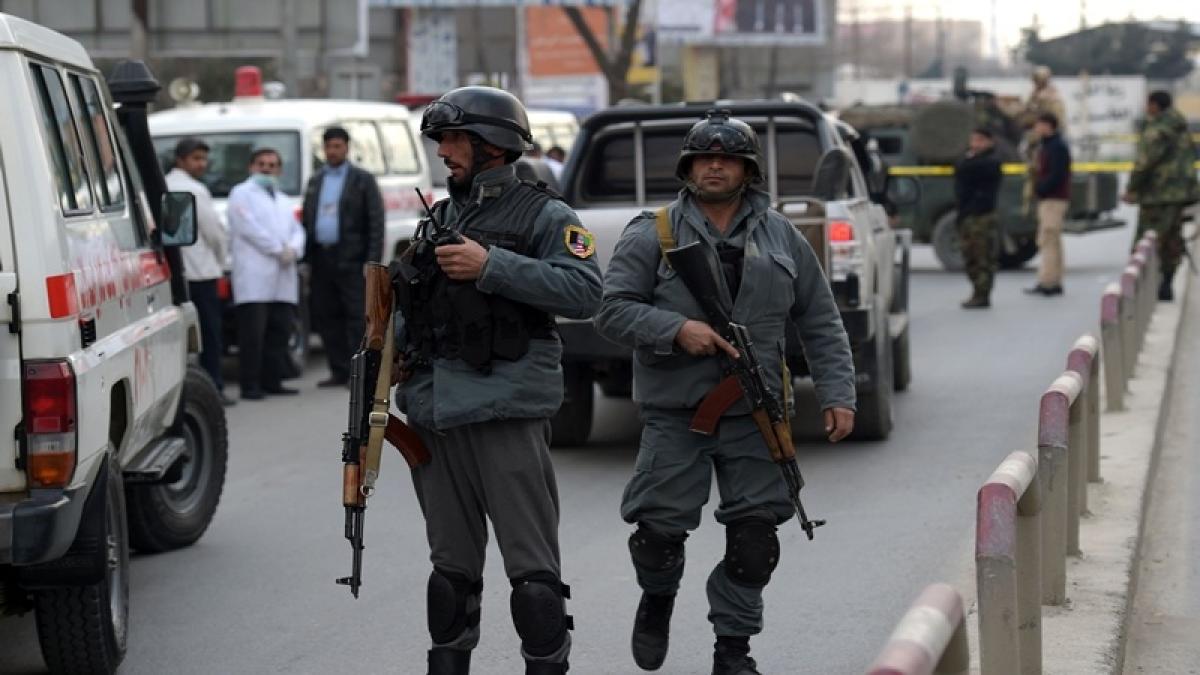 At least three persons were killed and 66 injured when three explosions rocked a military hospital here on Wednesday. The Islamic State (IS) claimed responsibility for the attack.

Kabul: At least three persons were killed and 66 injured when three explosions rocked a military hospital here on Wednesday. The Islamic State (IS) claimed responsibility for the attack.

A suicide bomber detonated his explosives at the main gate of the hospital. Later, four more attackers entered the hospital premises and then another blast took place.

The third bombing came around 10.45 a.m. when army helicopters were hovering over the building.

At least five suicide bombers were involved in the attack. One terrorist was killed in the bombing and two others were shot dead by security forces.

The IS claimed responsibility of the attack on its Amaq news agency, BBC reported.

Clashes are going on between security forces and the attackers in the hospital's building, Tolo News quoted Interior Ministry spokesman Sediq Sediqqi as saying.

"In all religions, a hospital is regarded as an immune site and attacking it is attacking the whole of Afghanistan," Ghani said as per the BBC.

"I saw one of the suicide bombers who wore the doctors' uniform and opened fire. I managed to escape from the area," a doctor told TOLO News.

Another hospital staff member wrote on Facebook: "Attackers are inside the hospital. Pray for us."

Afghanistan's Chief Executive Officer Abdullah Abdullah also condemned the attack and vowed to "avenge the blood of our people".

The 400-bed hospital, which is located in the diplomatic district near the US embassy, is the main and largest army hospital in the country.