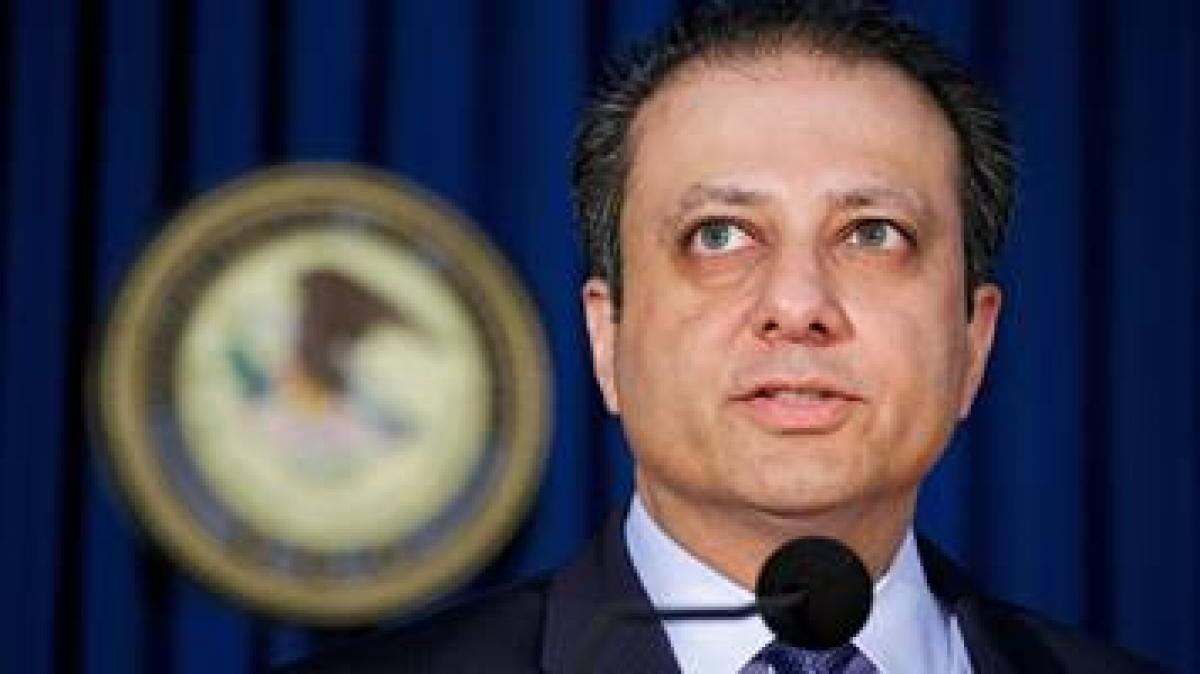 A prominent U.S. prosecutor said the Trump administration fired him on Saturday after he refused to step down, adding a discordant note to what is normally a routine changing of top attorneys when a new president takes office.

A prominent U.S. prosecutor said the Trump administration fired him on Saturday after he refused to step down, adding a discordant note to what is normally a routine changing of top attorneys when a new president takes office.

Trump has yet to put forward any candidates to serve as the nation's 93 district attorneys even as his Justice Department asked the 46 who have not yet quit to hand in their resignations on Friday. Key positions at agencies like the State Department and the Defense Department also remain unfilled.

As the federal prosecutor for Manhattan and surrounding areas since 2009, Bharara secured insider-trading settlements from Wall Street firms and won criminal convictions in high-profile corruption and terrorism cases.

He told reporters in November that Trump had asked him to stay in his post, and he refused to resign when asked to do so by the Justice Department on Friday. He said he was fired on Saturday afternoon.

"Serving my country as U.S. Attorney here for the past seven years will forever be the greatest honor of my professional life, no matter what else I do or how long I live," Bharara said in a press statement.

The Justice Department confirmed that Bharara was no longer serving in the position and declined further comment.

Like all U.S. attorneys, Bharara is a political appointee who can be replaced when a new president takes office. Previous presidents have often asked outgoing U.S. attorneys to stay on the job until their replacements win confirmation in the U.S. Senate.

But the decision to replace so many sitting attorneys at once has raised questions about whether the Trump administration's ability to enforce the nation's laws would be hindered.

Senator Patrick Leahy, a Democrat on the Senate Judiciary Committee, said the firings showed "the independence of the Justice Department is at risk under this administration" and that lawmakers had to carefully evaluate Trump's replacements.

Career attorneys will carry on that work until new U.S. attorneys are put in place, the Justice Department said.

Bharara said his deputy, Joon Kim, will serve as his temporary replacement.

Marc Mukasey, a defense lawyer whose father served as attorney general under Republican President George W. Bush, has been mentioned as a possible replacement. He did not respond to a request for comment.

Bharara's office handles some of the most critical business and criminal cases passing through the federal judicial system. He has been overseeing a probe into New York City Mayor Bill de Blasio's fundraising.

He won a $1.8 billion insider-trading settlement against SAC Capital Advisors, the largest in history, which forced the hedge fund to shut down, and he forced JPMorgan Chase to pay $1.7 billion to settle charges related to its role in the Bernie Madoff Ponzi scheme.

"His firing so early in President Trump's tenure is somewhat unexpected, but if you had asked me a few months ago whether I expected Preet to still be in that job in March I would have said no," said Matthew Schwartz, a former prosecutor under Bharara.

Trump has asked two U.S. prosecutors to remain on the job, according to the Justice Department.

U.S. Attorney Rod Rosenstein of Maryland has been asked to stay on as the Senate considers his nomination to serve as the No. 2 Justice Department official, and U.S. Attorney Dana Boente of Virginia, who is temporarily serving in that position, has also been asked to remain.